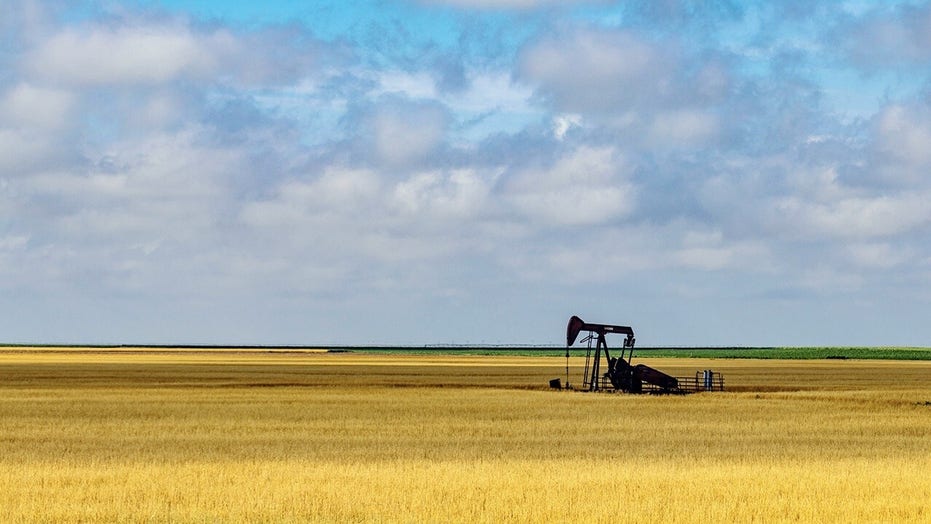 California is seeing the effects of the West’s historic “megadrought,” which has cut off critical water resources in multiple states.

As heat waves continue to threaten communities, the state has been forced to scrutinize the way it distributes the water that’s still accessible.

According to the U.S. Drought Monitor, more than 95% of the region is in “moderate” to “exceptional” drought.

On Thursday, the Golden State was forced to shut down the six-turbine Edward Hyatt Power Plant – one of its largest hydroelectric plants – because there is not enough water to power it.

The plant draws from the Oroville Dam reservoir that has sunk to a historic low of fewer than 642 feet above mean sea level. 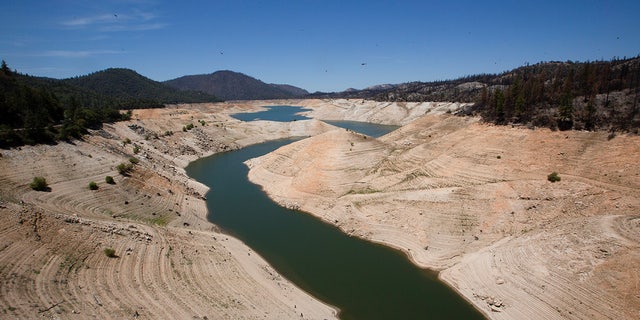 Low water levels are visible at Lake Oroville, which is the second largest reservoir in California and according to daily reports of the state’s Department of Water Resources is near 35% capacity, near Oroville, California, U.S., June 16, 2021. Picture taken June 16, 2021.
(REUTERS/Aude Guerrucci)

Officials said that it was the lowest level since the country’s tallest dam was finished in 1967 and the first time the hydroelectric plant has been shut due to a lack of water.

The California Department of Water Resources said the shutdown had been expected “and the state has planned for its loss in both water and [electrical] grid management.”

The plant can produce enough power for 80,000 homes and businesses. Hydropower provides around 15% of California’s electricity.

“This is just one of many unprecedented impacts we are experiencing in California as a result of our climate-induced drought,” DWR Director Karla Nemeth said.

Aerial images have shown reservoirs and other water sources drying up over the last few months, forcing residents to haul in houseboats and the state to transport millions of impacted salmon to the coast.

Lake Mead, a key reservoir on the Colorado River that supplies 40 million people including Californians, also dipped to its record low last month and is expected to continue declining until November.

The water level there impacts hydropower generation at Hoover Dam.

Lake Oroville, Lake Mead, Utah’s Great Salt Lake and Lake Powell – the second-largest reservoir in the U.S. which sits on the Utah-Arizona border and has also seen its water level plummet to a historic low – serve as climate change harbingers.

FILE – In this June 16, 2021, file photo, an irrigation canal runs past farmland in Lemoore, Calif. California regulators on Tuesday, Aug. 3 said some farmers in one of the country’s most important agricultural regions will have to stop taking water out of major rivers and streams because of a severe drought that is rapidly depleting the state’s reservoirs and killing endangered species of fish.
(AP Photo/Noah Berger, File)

With less snowpack and extreme conditions fueled by long-term, human-caused climate change and a 20-year drought, water shortages are expected to worsen over time as warming trends continue.

The states’ tourism, transportation and energy industries are all expected to be impacted.

California’s agricultural sector saw exports totaling $21.7 billion in 2019, with organic product sales of more $10.4 billion. Now, farmers in the state – one of America’s most important agricultural regions – are being told by regulators that they can no longer take water out of major rivers and streams.

On Tuesday, the Water Resources Control Board approved an emergency resolution empowering regulators to halt diversions from the state’s two largest river systems. 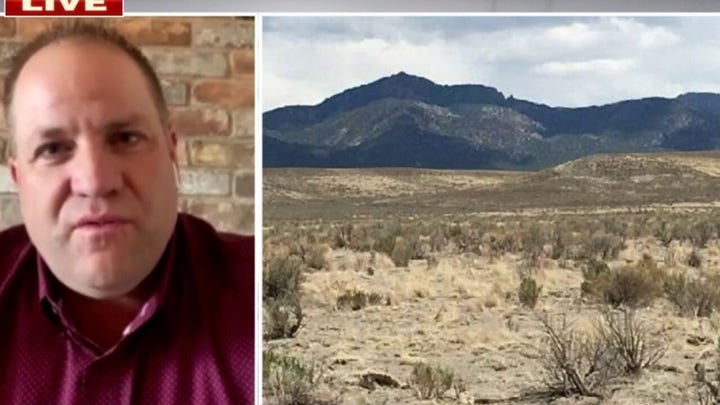 It’s an order that could apply to approximately 86% of landowners who have legal rights to divert water from the San Joaquin and Sacramento river watersheds. Generally, those who have held water rights the longest will be impacted last.

The rule is not set to take effect for another two weeks and includes exceptions. Newsom has asked residents and businesses to voluntarily cut their water use by 15%.

Without the measure, officials warned that much of the state’s drinking water supply would be at risk if the drought continues into 2022.

“In general, farmers understand drought and they understand lean rain years. That’s the business we’re in,” he said. “But they don’t understand the downward slide in water reliability we are facing in California, sort of on a systemic level.”

'Trials of Gabriel Fernandez': 9 Most Shocking Details About the Murder at Heart of Netflix Documentary