A jealous buddhist monk has been arrested for allegedly hacking his eight-month pregnant ex-girlfriend to death with a machete after spotting her with another man.

Monk Um Deeruenram, 57, was driving his van through Thailand when he passed the home of his ex-girlfriend Lampai Bualoi, 33.

The monk was overcome with ‘uncontrollable rage’ as spotted her sitting in a truck with her new boyfriend.

He then allegedly rammed his van into the couple’s vehicle outside the house in Buriram. 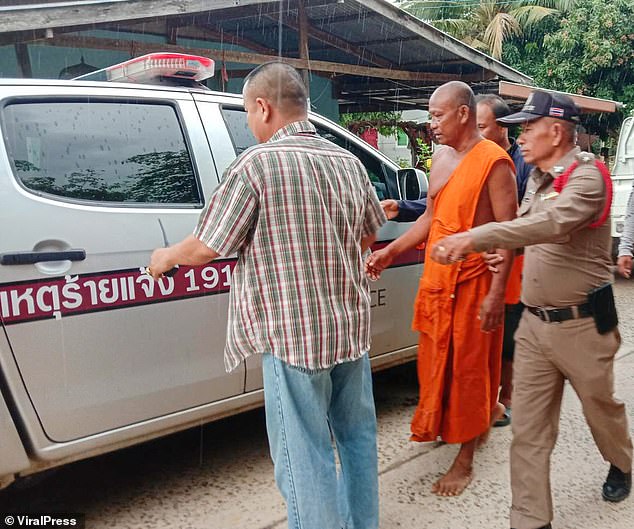 The monk, dressed in traditional robes, is led away by police after he was arrested for allegedly murdering his pregnant ex-girlfriend to death in Thailand 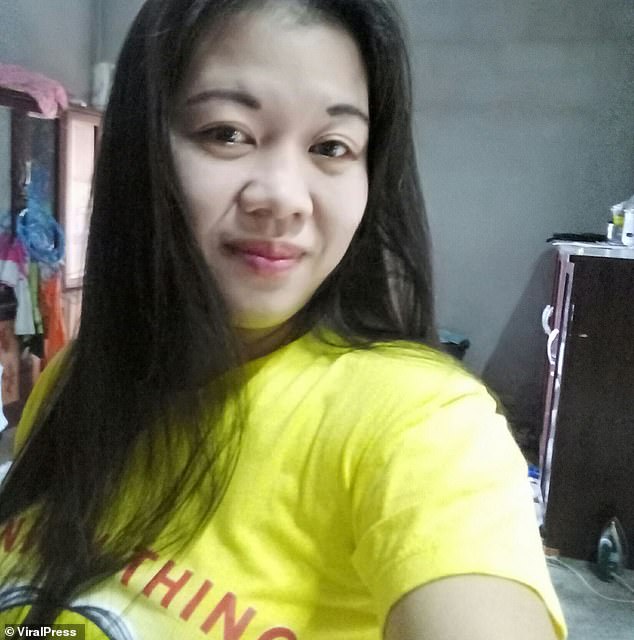 Investigators discovered the body of Lampai Bualoi, pictured above, with gashes across her head and body

After exiting the truck, Lampai’s new boyfriend is believed to have fled the scene when the monk allegedly tried to fight him.

It is claimed the monk then grabbed a machete from his van before he hacked his former lover, who was carrying his unborn baby, to death.

The monk then allegedly approached Lampai’s home where he confessed to the horrific crime and said he felt ‘uncontrollable rage’ at seeing her with another man.

Officers at the scene arrested the monk, who was dressed in his traditional robes, and took him into custody.

Investigators discovered Lampai’s slaughtered remains with several gashes across her head and body. 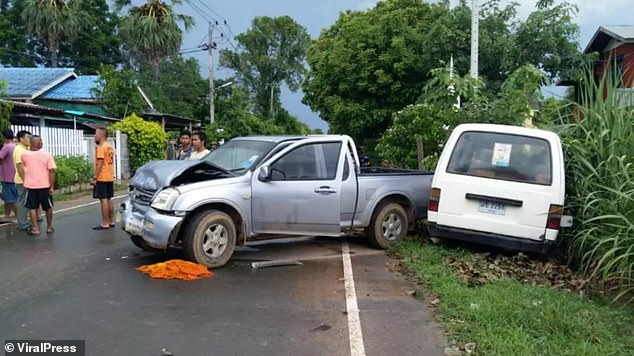 The monk told officers he was overcome with ‘uncontrollable rage’ as spotted his girlfriend sitting in a truck with her new boyfriend, before ramming his van into the vehicle

The monk’s brother allegedly told officers his sibling had repeatedly spoke of a desire to kill Lampai after they had separated.

He said: ‘They were in a relationship for a couple of years before breaking up and then the woman started seeing her new boyfriend.

‘My brother used to tell me about how she kept coming back to him and asking for money, which made him angry because he had given her so much money already. 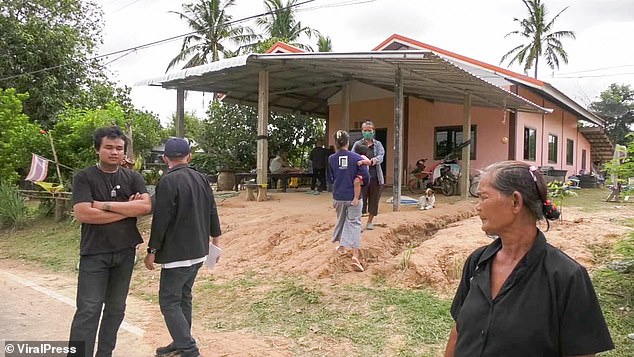 ‘The last time she came she threatened to spread the news about him being the father of her child, which could have destroyed his Buddhist career.’

Most Buddhist monks choose to live in celibacy in order to reach enlightenment, with sex seen as a serious lapse in values.

Lampai’s cousin, Walai Bualoi, said: ‘They did have a relationship but that was before he entered the monkhood and after that they had not contacted each other.

‘I believe that the monk was jealous after he saw Lampai in a car with her new boyfriend and could not stand the sight of it.’

Relatives say Lampai had only been in a relationship with her new boyfriend for a couple of months.

Police Major Suriya Leenurat said: ‘We have detained the monk Um Deeruenram with one charge of murder, but we will continue investigations as there could be others.

‘He has confessed to killing his ex-girlfriend as he could not control his emotions when he saw her in a relationship with a new person.

‘The wounds on the woman’s body were so severe that she could not be saved.’

'Fallout' TV Series From 'Westworld' Creators in the Works at Amazon

Uber driver, father of 3, dies two days after carjackers shoot him in the head: police