A father-of-two feared he would be killed after being knocked unconscious by two men brandishing baseball bats after asking one of them to wear a face mask in a laundry in France.

The shocking attack is the latest in a series of ‘mask rage’ assaults that have already claimed the life of a bus driver during the Coronavirus pandemic.

It was in Soisy-sous-Montmorency, a commuter town north of Paris, that the 44-year-old father was attacked.

Asked to be identified only as Augustin M., he said he had approached one of his attackers on Sunday afternoon because he was worried about the spread of Covid-19. 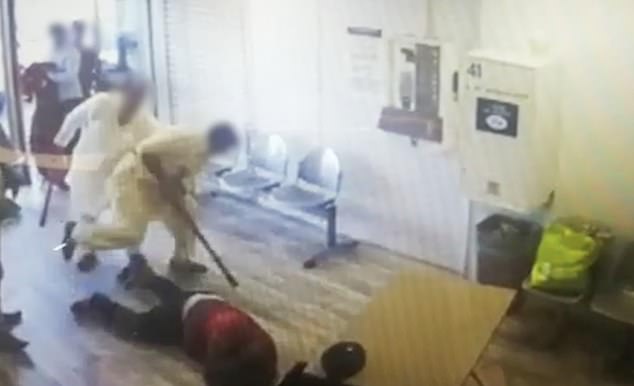 Pictured: The moment one of the men returns to deliver a final blow to Augustin in Soisy-sous-Montmorency, a commuter town north of Paris

‘I asked him to put on his mask, but he refused,’ said Augustin, who was in a laundry in a Lidl supermarket car park. ‘The situation became tense.’

A verbal argument broke out, and a few minutes later one of the men involved returned with three friends, two of whom brandished baseball bats.

‘I was alone in the laundry room and this time two other men joined them,’ said Augustin.

‘They beat me up with baseball bats and I fell to the ground. They continued to hit me while I was on the ground and I passed out for a few minutes.’

Surveillance video given to Le Parisien newspaper and then posted online shows Augustin being hit repeatedly before he collapses on the floor.

His unidentified attackers then calmly left the laundry, while Augustin later filed a complaint to police for ‘aggravated violence’.

He suffered serious injuries led to him having to take six days off work, telling detectives that ‘I could have been killed!’

He was rushed to intensive care at the nearby Simone-Veil hospital and was diagnosed with a head trauma injury and severe bruising on the arms and legs.

Referring to his children, Augustin said: ‘They saw me bleeding on the ground. They are only five and seven years old and they are traumatised.’

In July, bus driver Philippe Monguillot was beaten to death in an attack over face masks in the south west town of Bayonne.

Mr Monguillot, 59 and a father-of-three, was repeatedly punch and kicked by a group of men on Sunday July 5 while working on a Tram’bus. 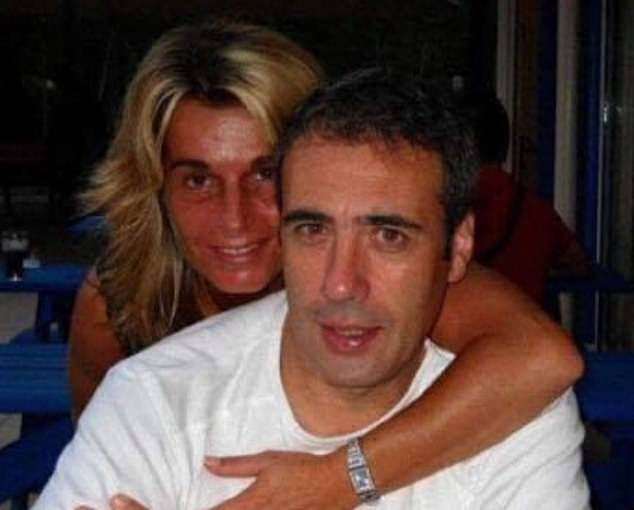 Philippe Monguillot (pictured with his wife Veronique Monguillot), 59, was beaten by two passengers after he tried to enforce coronavirus rules on his bus in Bayonne, France, on Sunday

He was found unconscious by emergency services before being pronounced brain dead, and then dying in hospital a few days later. T

Face masks are currently compulsory on all public transport in France, and in all indoor public spaces.

Twin sisters give birth to baby girls on their 33rd birthday

Would you dump someone if they didn't like your pet?