A MAN was left in shock when he asked for extra filling in his McDonald’s breakfast bagel – and received far more than he was expecting.

Bryan Passifiume, a reporter in Toronto, tweeted a picture of his breakfast, writing: “LOL what the hell, @McDonaldsCanada. 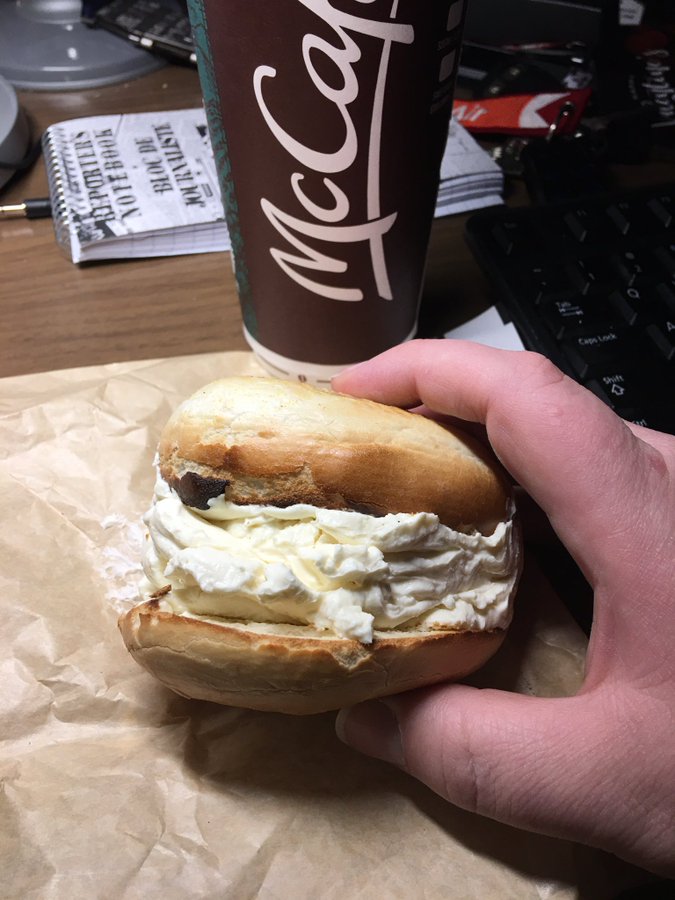 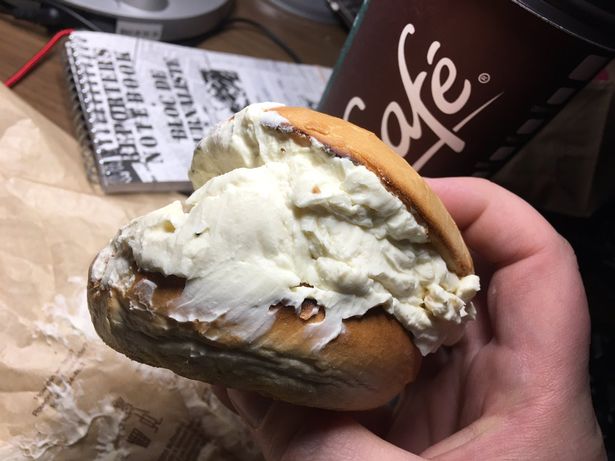 "More photos of this monstrosity. I ordered extra cream cheese as they usually just apply it like butter, but this is clearly just an exercise in passive-aggressiveness. How do I possibly eat this?"

The images of the “McMonstrosity” show the bread filled with so much cream cheese that it left others “wanting to throw up” just looking at it.

In a Twitter thread, Mr Passifiume compared his bagel to other objects, such as a lottery ticket and an inhaler.

He wrote: “My bagel is almost as big as tonight’s $70 million Lotto Max jackpot.”

He added: “It’s the same height as an emergency naloxone inhaler turned on its side.”

The reporter also took some photos of his colleagues posing with his breakfast, including that of a woman who had to use both hands to hold the bagel.

The next day, Mr Passifiume returned to the fast food restaurant and was told they had run out of extra herb and garlic cream cheese.

He wrote: “No kidding, they gave it all to me yesterday.” 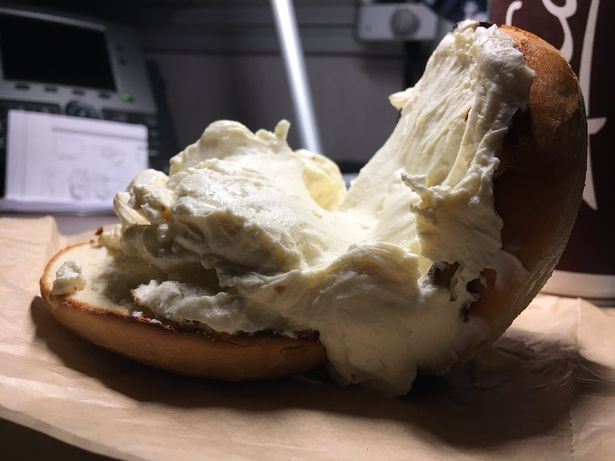 The thread, which appeared on Mirror Online, attracted many reactions from social media users.

One wrote: “You asked for extra. You got extra.”

Another commented: “It looks like they just took an entire brick of cream cheese like you would buy at the grocery store and just threw it on there.”

Some people said they saw no problem with it.

One person wrote: “I can’t believe you aren’t eating it.”

Another added: “That’s the only way to eat a bagel. One does not lightly smear cream cheese on it.”

Jack de Belin and Callan Sinclair cheered each other on while they assaulted crying woman, court told

How many languages does Pete Buttigieg speak?

Judge blocks execution of Lisa Montgomery, the only woman on federal death row

Vikings: When did the Vikings invade Britain?