Gang kidnapped a Mexico City bank manager, strapped a fake bomb belt to her waist and made her steal $460,000 from the vault

A gang kidnapped a Mexico City BBVA bank manager, forced her to wear a fake bomb belt, and watched via a live cellphone video as she swiped $460,000 from the vault.

The bank employee, identified by authorities as Karina, was on her way to her branch last Friday morning when a minivan intercepted her car and forced her to get in at gunpoint.

Local media outlets reported that the gang threatened to kill the 36-year-old woman’s husband, children and parents if she failed to comply with their orders.

BBVA Mexico announced in a statement that the belt bomb was not real and that Karina was unharmed. 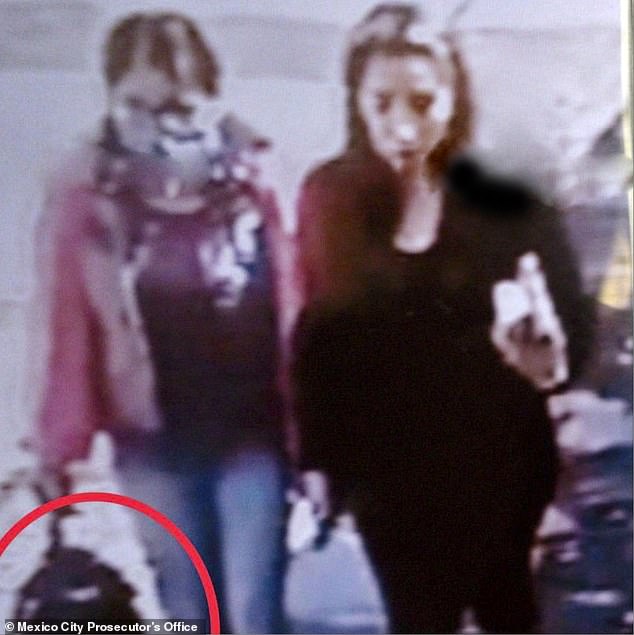 A BBVA Mexico City branch manager identified by authorities as Karina (left) was kidnapped by a gang last Friday by a gang and forced to take $460,000 from a bank vault. She was told she would have her family killed if she failed to comply 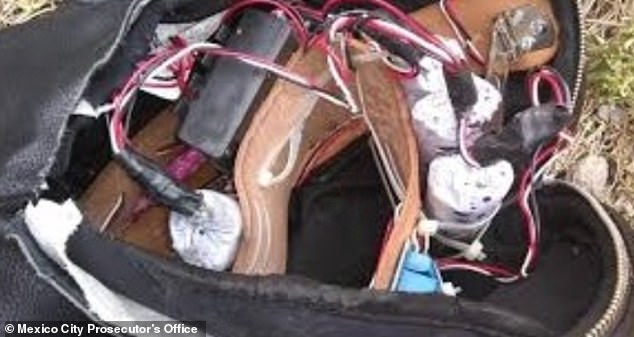 BBVA Mexico said the bomb belt worn by one of their bank managers in Mexico City was not real. The bank also said the 36-year-old employee was not harmed

Two armed men made Karina wear a belt around her waist that was loaded with a watch and what she thought were pyrotechnic sticks.

They swapped her cellphone for another smartphone and placed a video call so they could watch her execute their heist.

The gang threatened to blow up Karina if she at any moment declined to follow their orders.

A surveillance camera captured the moment Karina was walking to the bank alongside a female coworker, to whom she confessed what was about to happen.

Once inside the bank, Karina headed straight for the vault and loaded a backpack with 10 million Mexican pesos.

She subsequently returned to her vehicle and then drove while the gang tracked her journey. 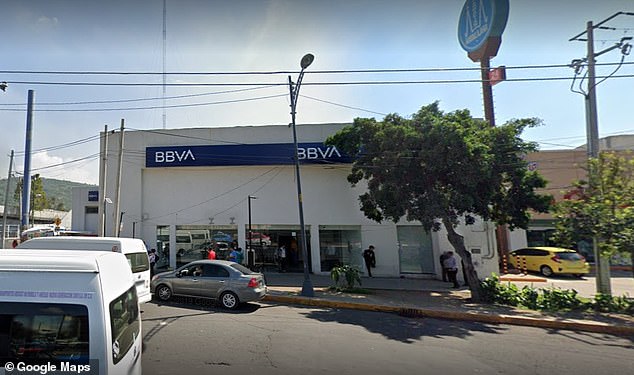 A BBVA branch in the Mexico City town of Gustavo A. Madero was the site of a robbery last Friday after its manager was kidnapped by a gang, who threatened to blow her up if she failed to help them steal $460,000 from the vault 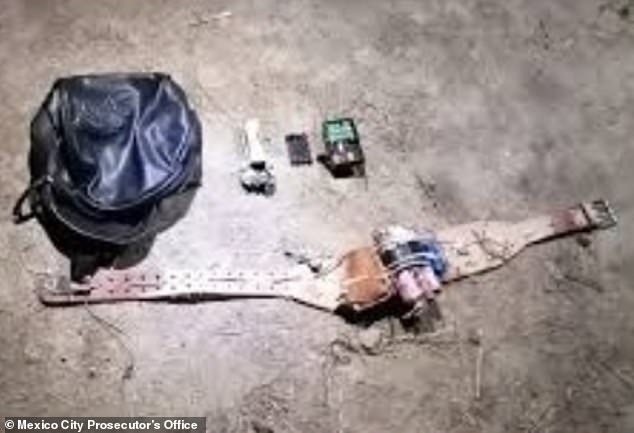 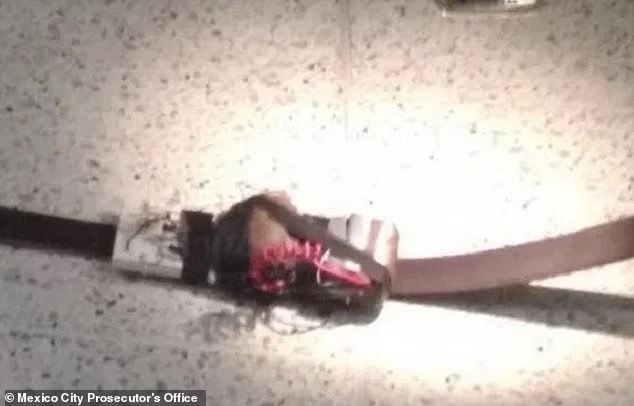 Fake bomb belt that was placed on a bank manager by a Mexico City gang which took off with $460,000 from a BBVA branch

After taking the money from her, she was told to pick up a key from the car’s floor mat and to abandon the vehicle.

Karina was forced to walk about five minutes and told she could then remove and dump the belt at the Rio de los Remedios canal.

Fearing for her life, the bank executive did not look back and took off running before tossing the fake bomb belt.

As of Wednesday evening, no arrests had been made.

Parachutists throw themselves from top of Dorset's Durdle Door