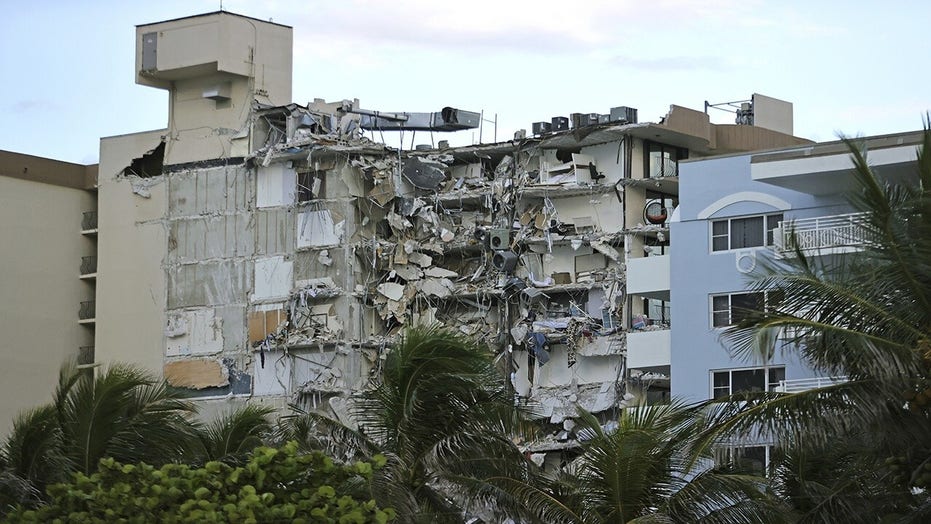 Search intensifies for signs of life after Florida condo collapse

Miami first responders and assisting agencies were still conducting a search and rescue operation at the site of a collapsed high-rise apartment building in Surfside, Fla., Friday night as a federal team of experts prepared to deploy from Maryland to inspect the site.

No numbers had changed since Friday morning when Miami-Dade County authorities raised the death toll to four and said 159 people were unaccounted for after the Champlain Towers South building tumbled early Thursday morning.

Only one deceased victim had been identified, 54-year-old Stacie Fang, whose son was pulled from the rubble alive by rescuers in dramatic video taken at the scene.

The high rise had been built in 1981 and was due for its first 40-year inspection under local regulations.

While an investigation into the collapse has barely begun, people have begun speculating what may have led to the tragedy.

A federal probe into the cause will likely be conducted by investigators from the National Institute of Standards and Technology, according to Glenn Corbett, a former member of the Federal Advisory Committee of the National Construction Safety Team and a fire protection engineer at John Jay College of Criminal Justice in New York. 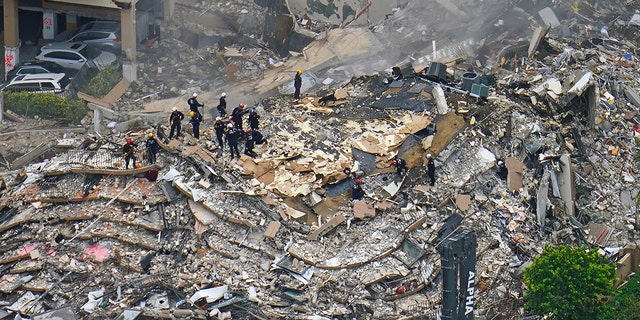 He likened NIST to the National Transportation Safety Board, or NTSB, which handles investigations into plane and train crashes — except for buildings and infrastructure.

Dr. Albert M. Bleakley, an expert on structural and geotechnical engineering at the Florida Institute of Technology, teaches courses that examine the Harbour Cay collapse in Cocoa Beach and the Hyatt Regency walkway collapse, which both occurred in 1981.

In those cases, collapses happened during or shortly after construction due to a combination of design and building errors.

“The Surfside collapse is very different in that the building was OK for around 40 years prior to the collapse,” he said.

Dr. Bleakley also outlined some possible causes, although he reiterated it’s too early to know for sure.

“Parts of the foundation may have settled at different rates, which can cause stresses in the structure,” he said. “Concrete could have developed cracks over time which then slowly expanded, like a crack in a windshield.”

A 2020 study into land and sea level rise conducted by Dr. Shimon Wdowinski at Florida International University had looked at the Champlain Towers site and determined it was sinking by between 1 and 3 mm a year in the 1990s. That could have sped up, slowed down in the ensuing decades, he explained this week. Or it could have continued unevenly. Still, other cities see significantly larger subsidence without suffering building collapses, FIU noted in a new study.

“When we measure subsidence or when we see movement of the buildings, it’s worth checking why it happens,” Wdowinski said. “We cannot say what is the reason for that from the satellite images but we can say there was movement here.” 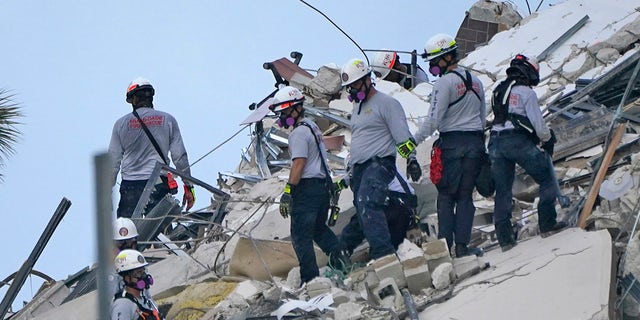 Rescue workers look through the rubble where a wing of a 12-story beachfront condo building collapsed, Thursday, June 24, 2021, in the Surfside area of Miami. (AP Photo/Lynne Sladky)

Metal components could have also corroded or rusted after long-term exposure to salty sea air or water, according to Bleakley.

Whether there is a threat to neighboring buildings or similar high rises up and down the East Coast may not be known until the NIST investigation is complete, Corbett said.

“They’re the federal government’s technical capability in terms of doing an investigation, finding out why the building collapsed and coming up with recommendations for the future,” he said.

The investigation will likely look at apparent shifting or settling of the building, possible undermining factors that could have involved the opening of a sinkhole, utility water or even sea water creeping in, and other factors.

The NIST confirmed to Fox News that it is preparing to send a team of six scientists and engineers to Miami.

They will be tasked with collecting preliminary firsthand data that will then be used to determine whether a full investigation or a study is warranted.

The team will not enter the site until after the search-and-rescue operation comes to an end and the area is deemed safe.

“If a full investigation or study is conducted, its ultimate goal would be to determine the technical cause of the collapse and, if indicated, to recommend changes to building codes, standards and practices, or other appropriate actions to improve the structural safety of buildings,” said the agency’s acting director of public affairs, Jennifer Huergo. 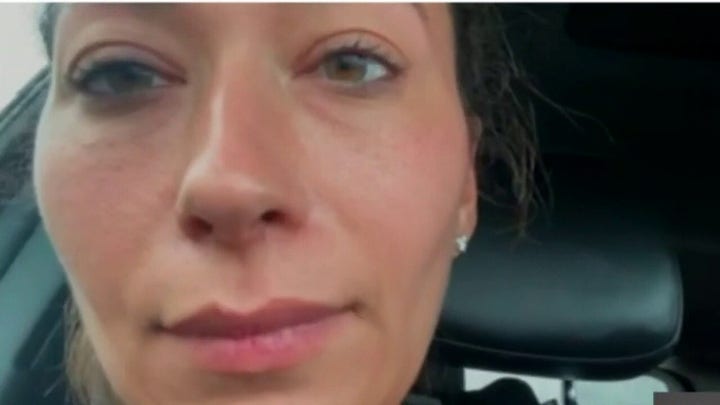 The NIST was created under the National Construction Safety Team Act in the wake of the terror attacks on Sept. 11, 2001.

The rescue mission is expected to continue at least overnight and could stretch on throughout the weekend, said Corbett, the former NCST adviser, as long as first responders have hope that there may be remaining survivors.

“I see how family members are getting really upset that the pace of the rescue is not going as fast as they’d like, and that’s understandable,” he said. “But the fact is, you’ve got a lot of issues going on in terms of safety protocols…not only for the rescuers, but for the people that may be trapped inside.”

Bulldozers and cranes could help move debris, he said, but that would put survivors at greater risk of death.

“In this case, it’s not for lack of resources,” he said. “There’s over 30 USAR teams across the country.”

He was referring to FEMA’s Urban Search and Rescue task force, which has teams in several states, including Florida.

And the Sunshine State’s Task Force One is one of the best in the country, having responded to earthquakes, hurricanes and other disasters across the region, in the Caribbean and in South America, he said.

“These guys in Miami have a lot of expertise with this,” he said. “This isn’t their first rodeo.”

Here’s How You Can Watch Every Episode Of Fixer Upper