A NEW Channel 5 show delves into the shocking murder of mum and escort Georgina Symonds who was strangled by her multimillionaire lover Peter Morgan in the grounds of a 13th century castle. 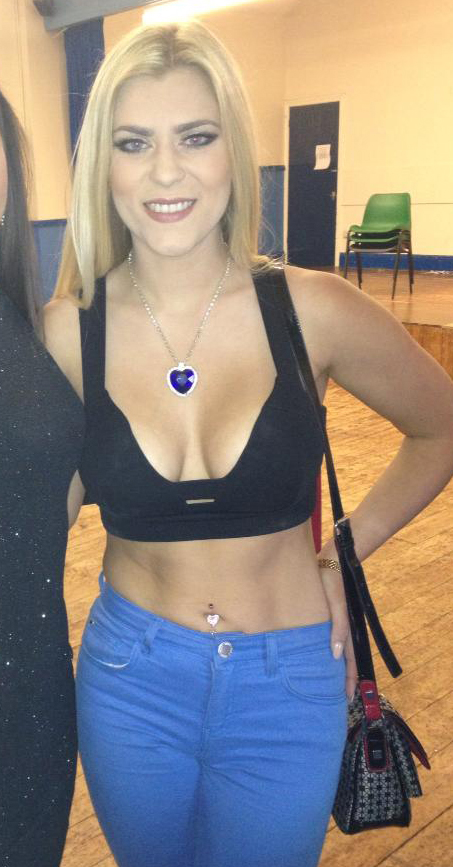 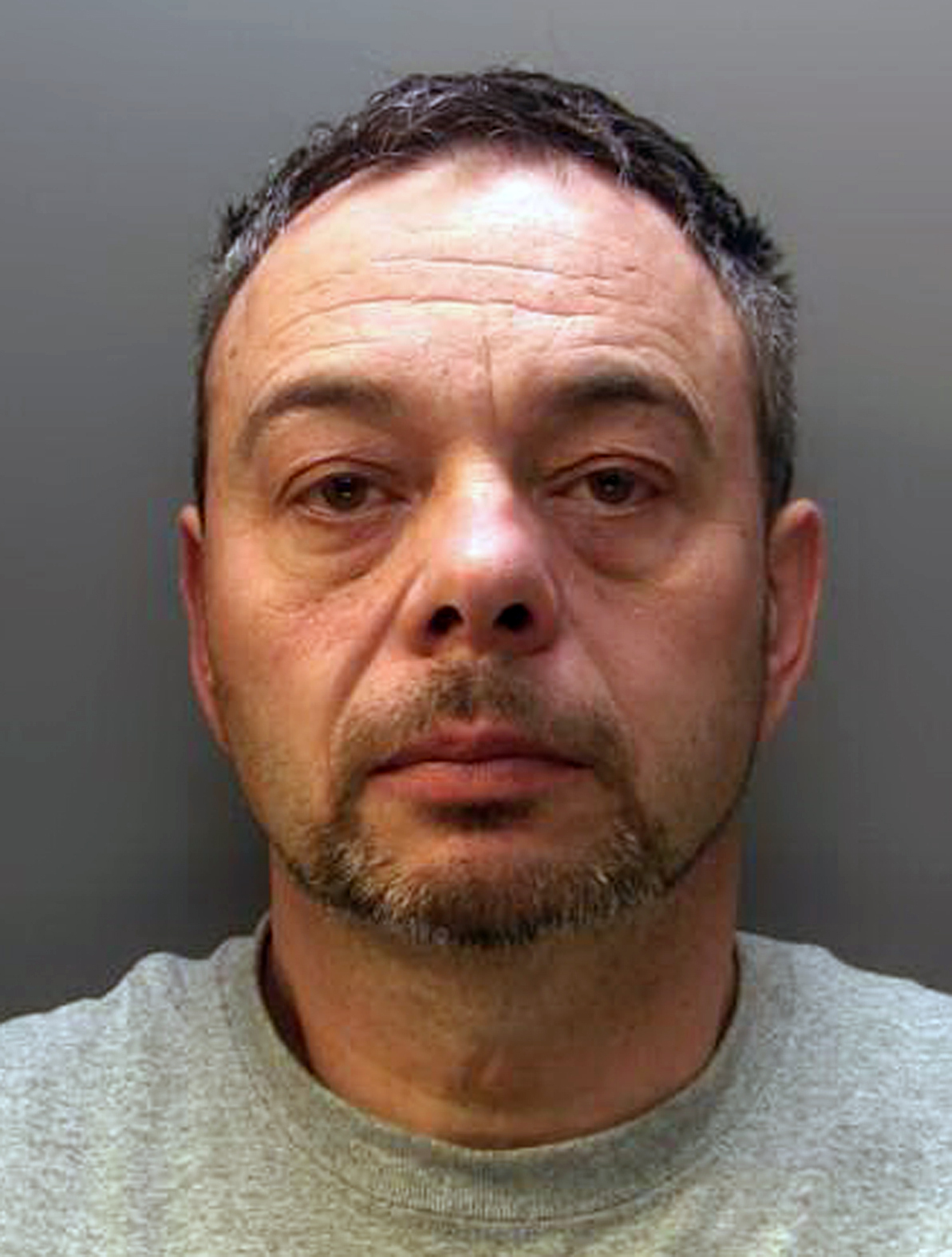 After police found CCTV footage of him moving the body, Morgan admitted to strangling the mum-of-one before wrapping her body in black plastic and hiding it in a workshop behind his marital house.

And while the tycoon claimed diminished responsibility for the killing due to Asperger’s syndrome, he was jailed for life on December 21, 2016.

Now 5 Star documentary ‘My Lover, My Killer’ gives new insight on killer Peter Morgan’s motives and the tragic death of his young lover.

Including interviews with Peter’s brother Andy Morgan and forensic psychologist Dr Jessica Taylor, the new show probes into Peter’s state of mind as he carried out the attack.

Visibly distressed, brother Andy Morgan opens up on the documentary, admitting: “I could just see that this was going to end in trouble.”

But what exactly drove a multimillionaire tycoon with a wife and two children to murder? 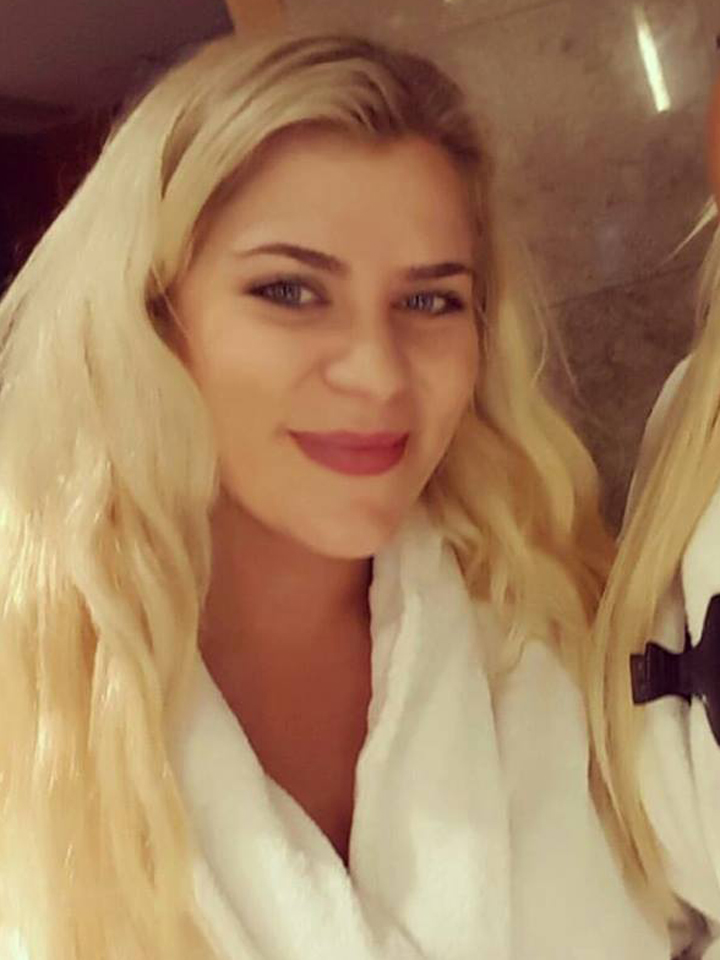 From hubby to playboy

For the first four decades of his life, Peter Morgan had been a respected dad, husband and businessman in the South Wales community of Usk.

After marrying his childhood sweetheart and having two daughters, Peter set up a business selling prefab chicken huts which became wildly successful.

In the late 2000s, Peter sold the business making him a multimillionaire overnight.

Kitted out with his new cash, and expanding his business into property, Peter splashed out on high tech equipment, buying sports cars, helicopters and even ex-military tanks. 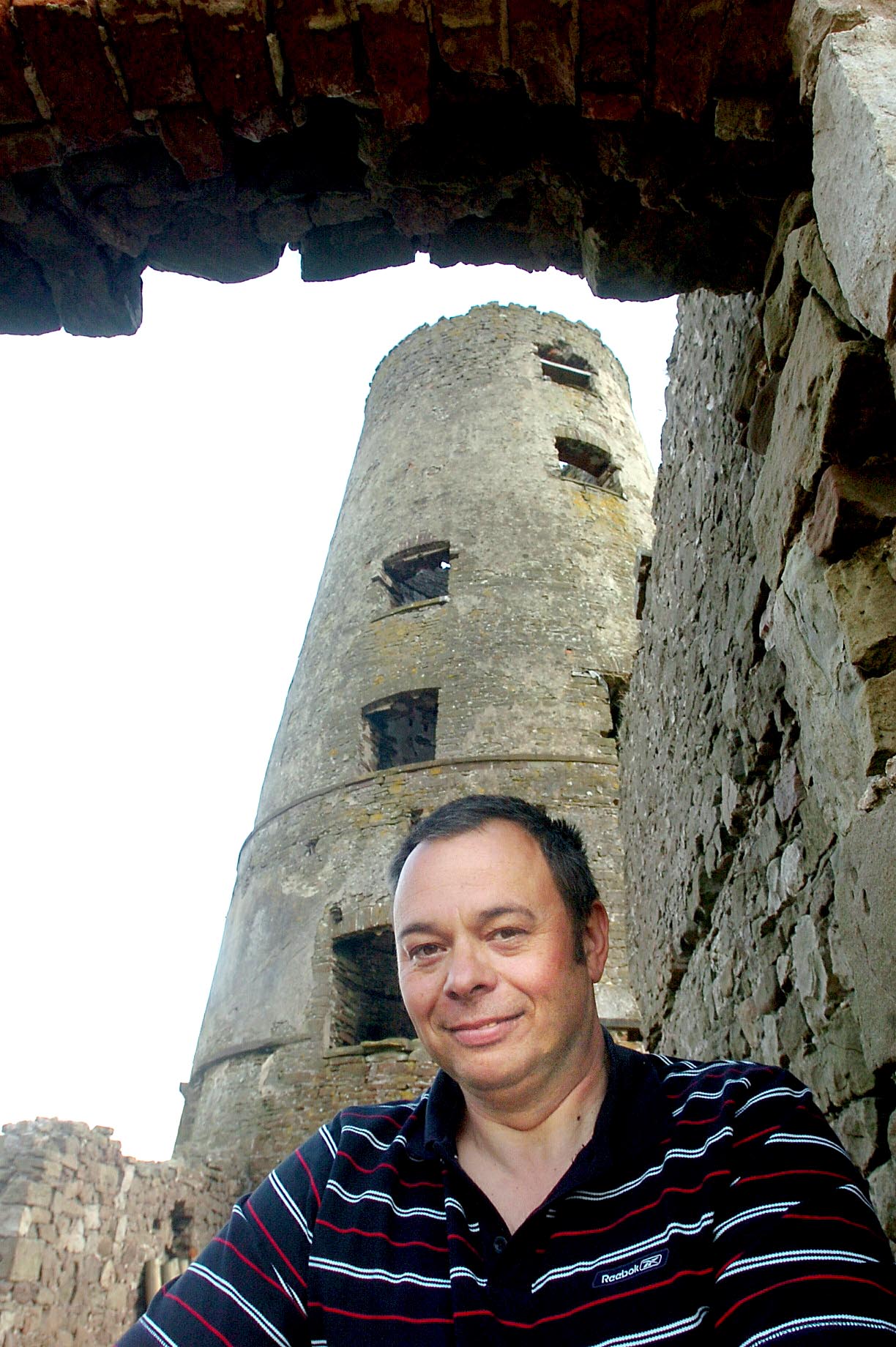 And after selling his businesses and taking early retirement at 50, Peter began to indulge in greater excesses.

After a trip with friends to Amsterdam, Peter started paying escorts for sex.

It was a stunning departure from his quiet life to date as a countryside businessman.

Brother Andy had always looked up to Peter, but felt he was acting selfishlyin his new way of life.

He said: “We’re quite a close knit family. My mum and dad are very proud sort of people, very hard-working.

“I don’t think he [Peter] wanted to hurt the family, he didn’t. But at the same time I think he was being headstrong and selfish.” 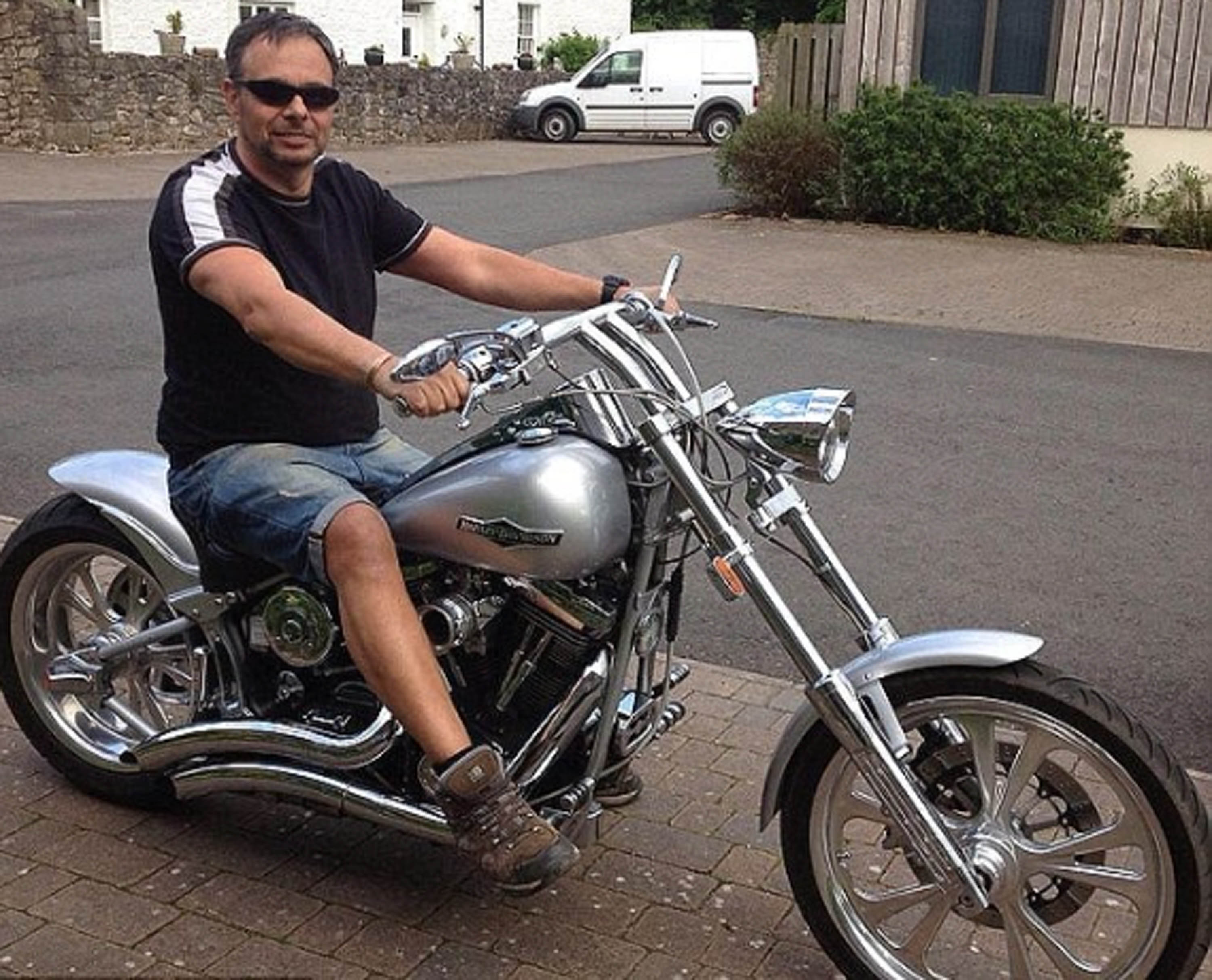 A former burlesque dancer in her 20s, Georgina had moved into high-end escorting as a way to a better life and to earn money for her daughter and her life with boyfriend Peter Deem.

Vivacious, creative and ambitious, Georgina saw work as a call girl as a string of transactional relationships, charging Peter Morgan £150 for a kiss on their first encounter in December 2011. 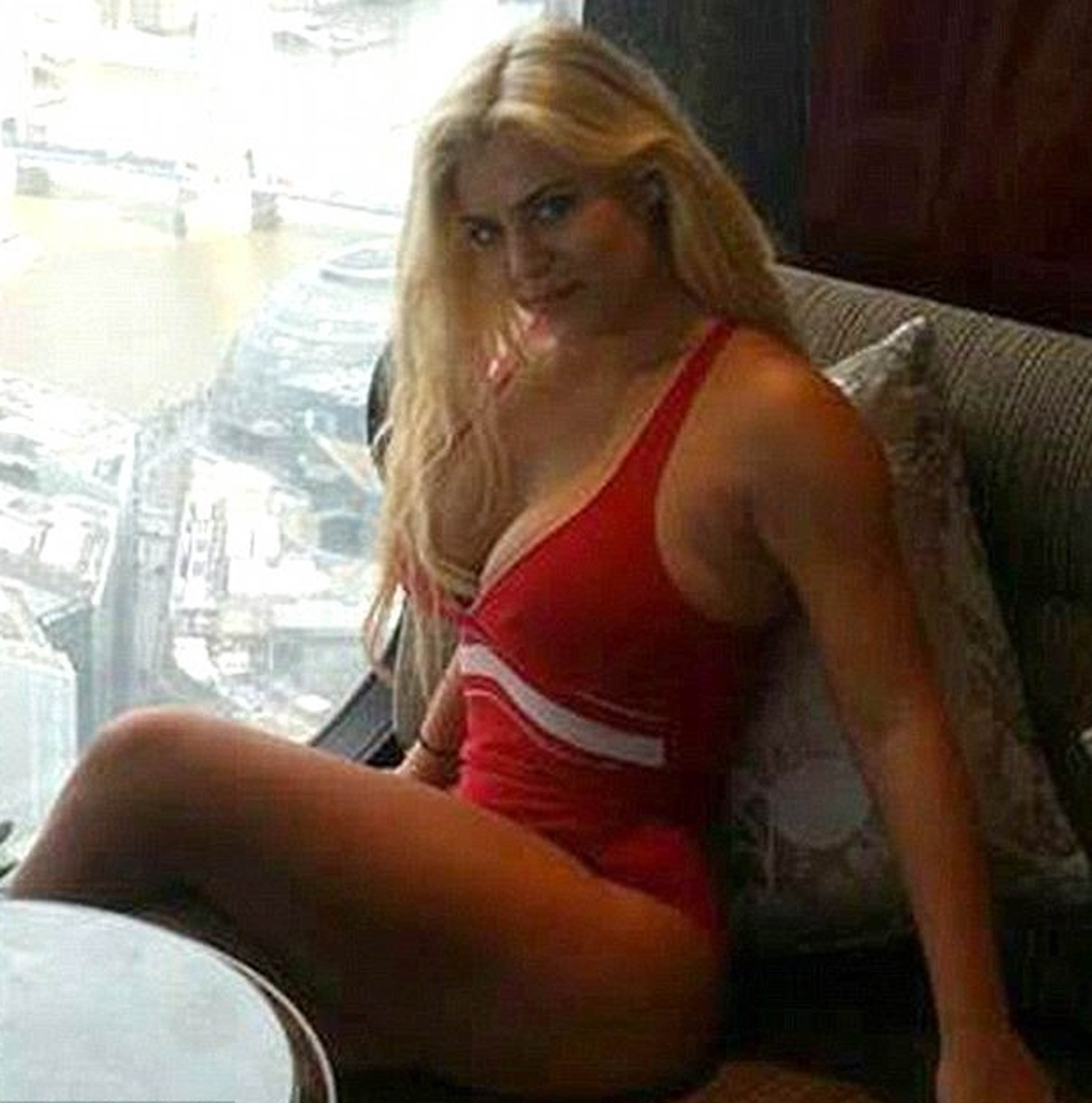 But unlike other call girls who Peter had used, he became besotted with Georgina.

When Morgan's wife, Helen, was on holiday, the millionaire paid Miss Symonds £1,000 to stay in a windmill he had renovated.

Soon, Morgan grew tired of sharing Georgina with other men.

Morgan set Georgina up in a remote bungalow in the grounds of a Pencoad Castle in Llanmartin Gwent, paying her £10,000 a month to be his personal escort.

Brother Andy recalls: “It did seem different with Georgina. You could tell he was taken by her.” 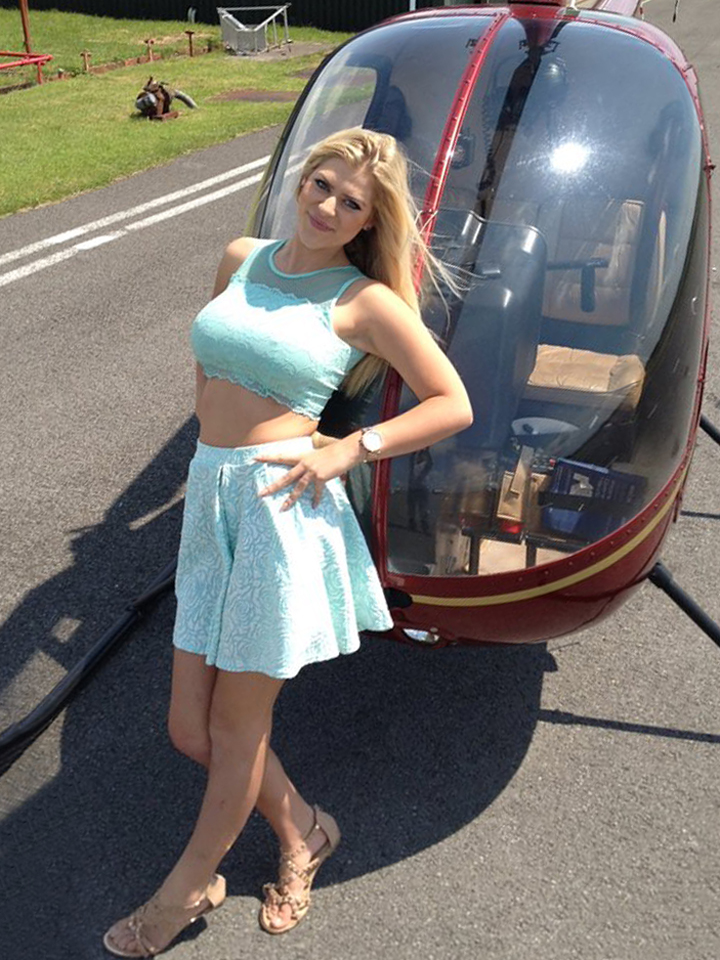 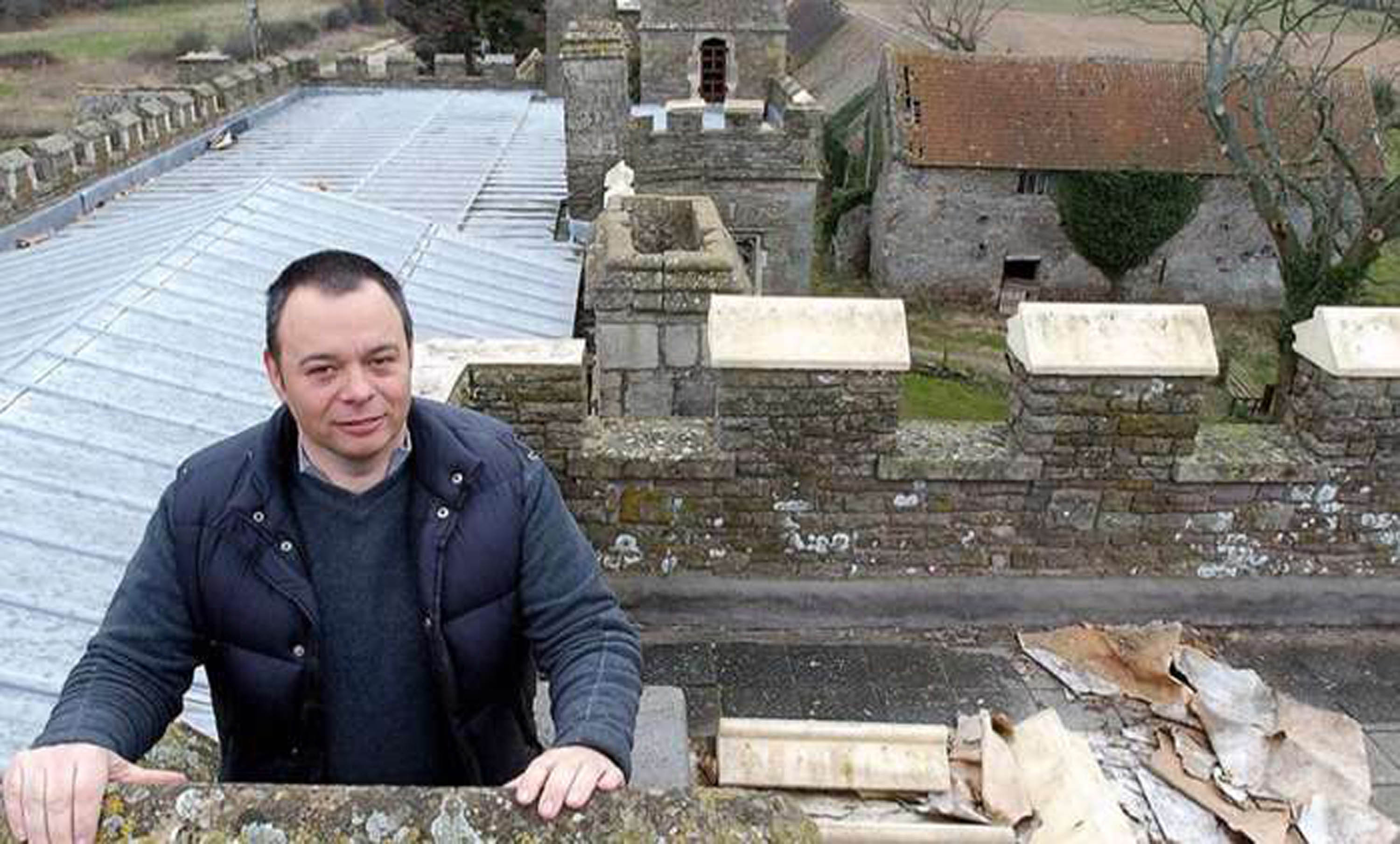 Dr Jess Taylor says: “The reality is that she is being paid to be there. Georgina is a commodity, she’s a product, she’s a service to Peter Morgan.

At first, the young mum split her time between Morgan, who she dubbed "Rich Pete" and her boyfriend and father of her child Peter Deem, who she called "Poor Pete".

But while “Rich Pete '' lavished the young mum with gifts, forking out for cars, helicopter rides, and liposuction, “Poor Pete” was finding the arrangement more and more challenging. 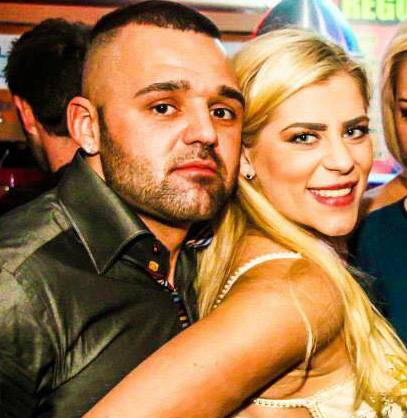 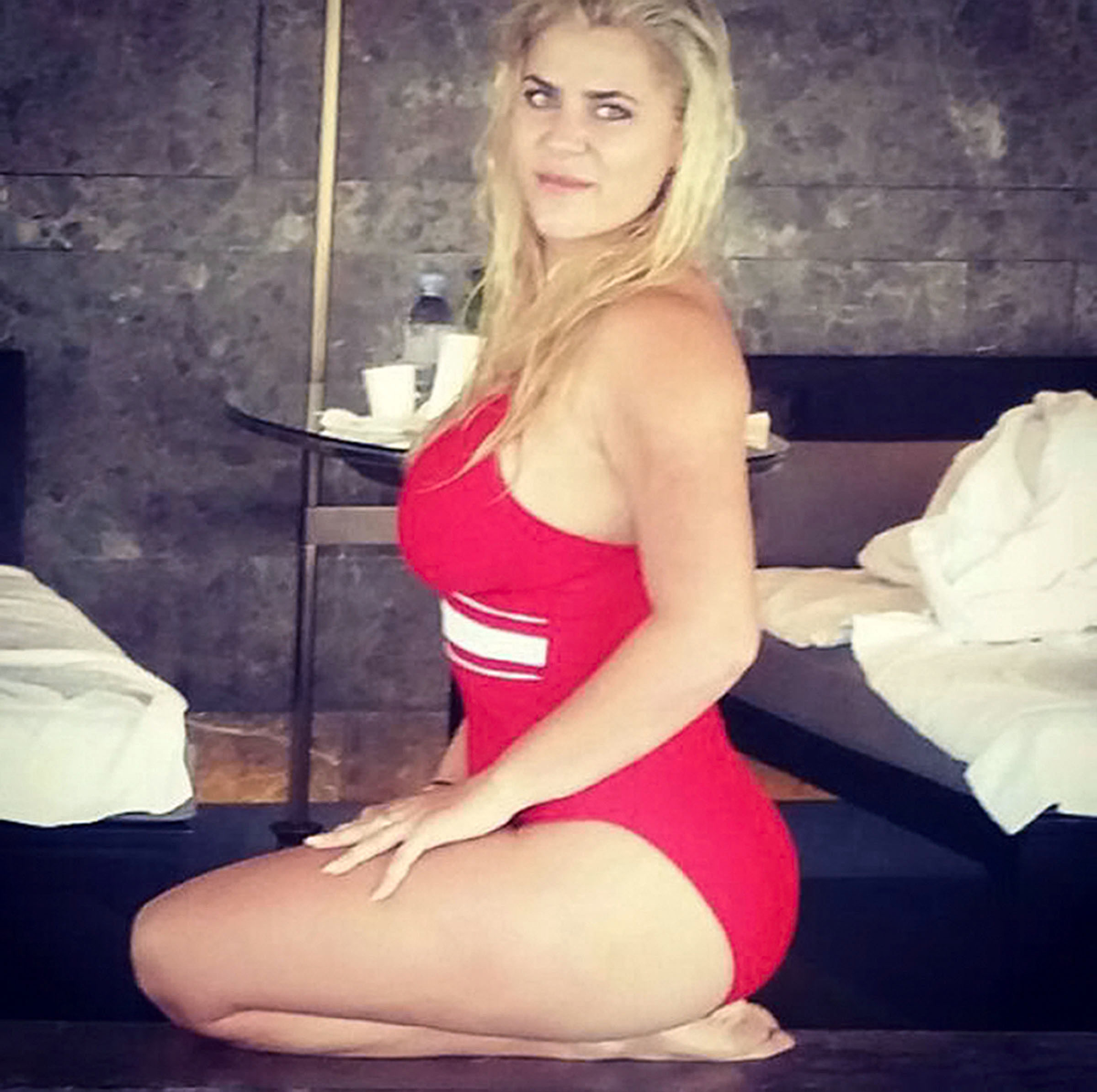 Speaking at the trial for Georgina’s murder, grieving friend Alexy Butcher described how the father of Georgina’s child Peter Deem “couldn’t cope” with the new arrangement.

Alexy said: "Rich Pete was totally smitten with Georgia. He loved her and cared for her and wanted a future with her.

"But Georgia was only with him for his money. I don't think she ever cared for him.”

As the pressure mounted on Georgina’s relationship with the two Petes, she decided to leave Peter Deem to spend more time with "Rich" Peter Morgan.

Alexy added: "Even though she left Poor Pete for him it was always her intention to take Rich Pete for all she could and then get back together with Poor Pete. That's all it was about." 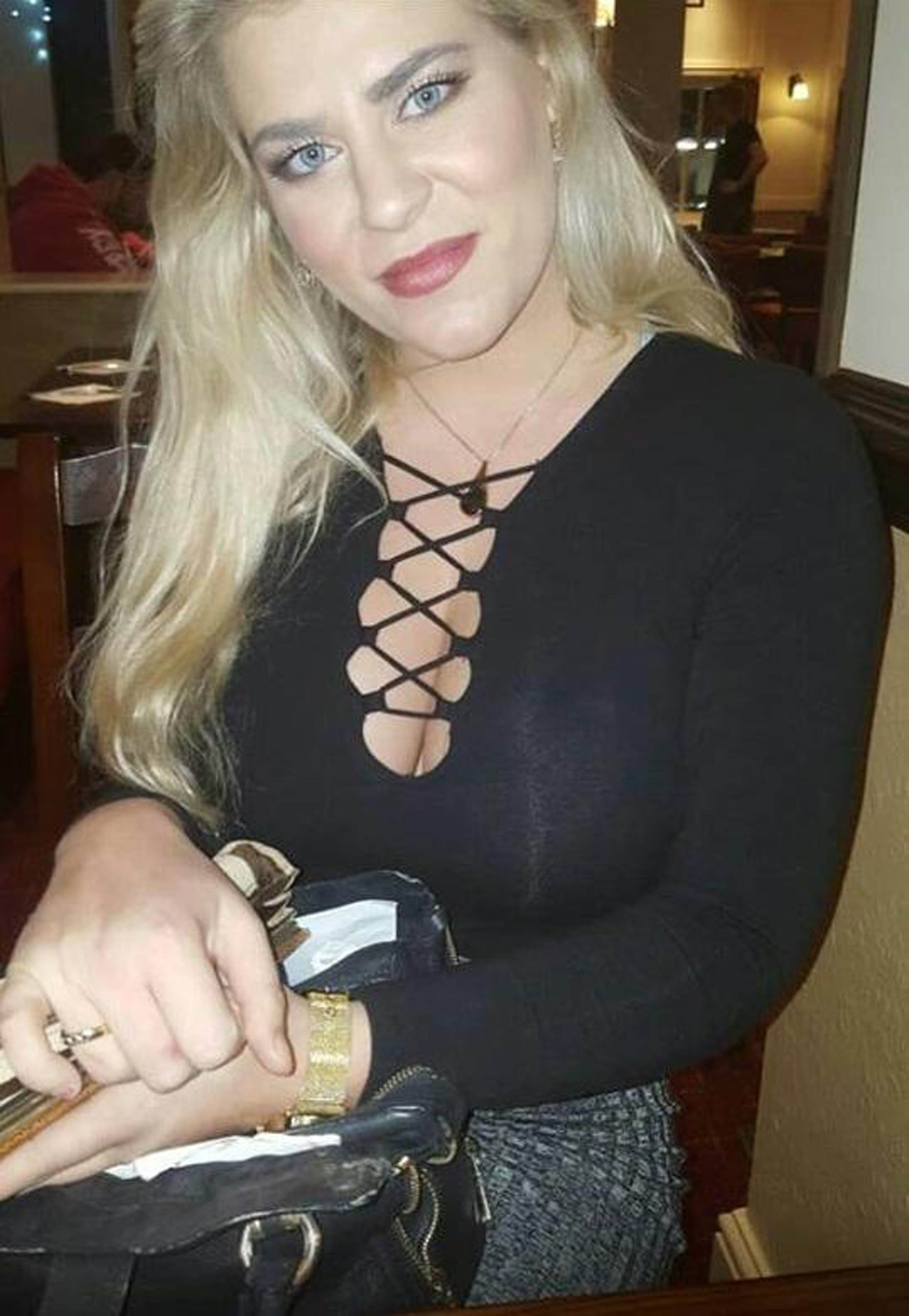 But tragedy struck when, months after his separation with Georgina, Peter Deem committed suicide.

Broken by the tragic chain of events, Georgina turned to alcohol and class A drugs, blaming Peter Morgan for her former partner’s death.

As the couple’s relationship worsened, Peter Morgan installed a listening device into Georgina’s bungalow to eavesdrop on her conversations.

His own marriage to wife Helen had broken down in April 2015 when she became aware of him bringing escorts into their marital home.

Helen, who had been married to Peter for 22 years, had previously known of Peter's relationship to Georgina, but had tolerated it up to that point.

From November 2015, Peter began listened in to Georgina’s movements for up to two hours a day. 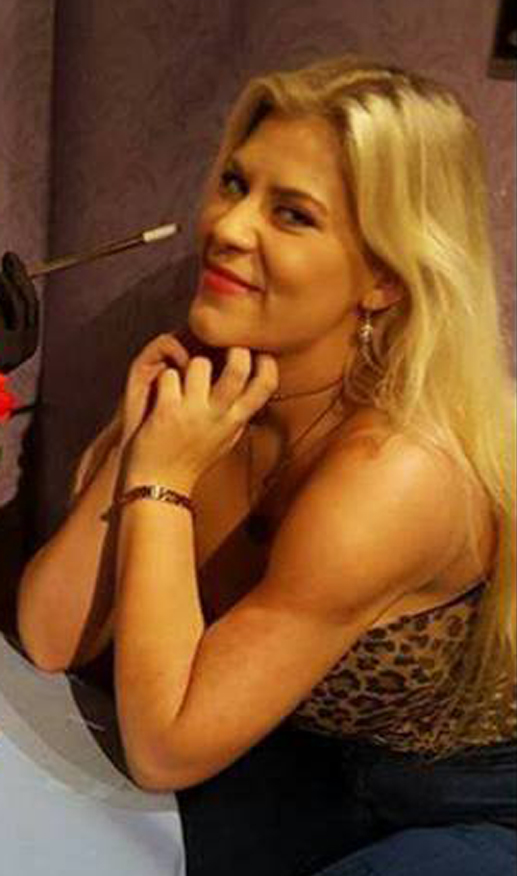 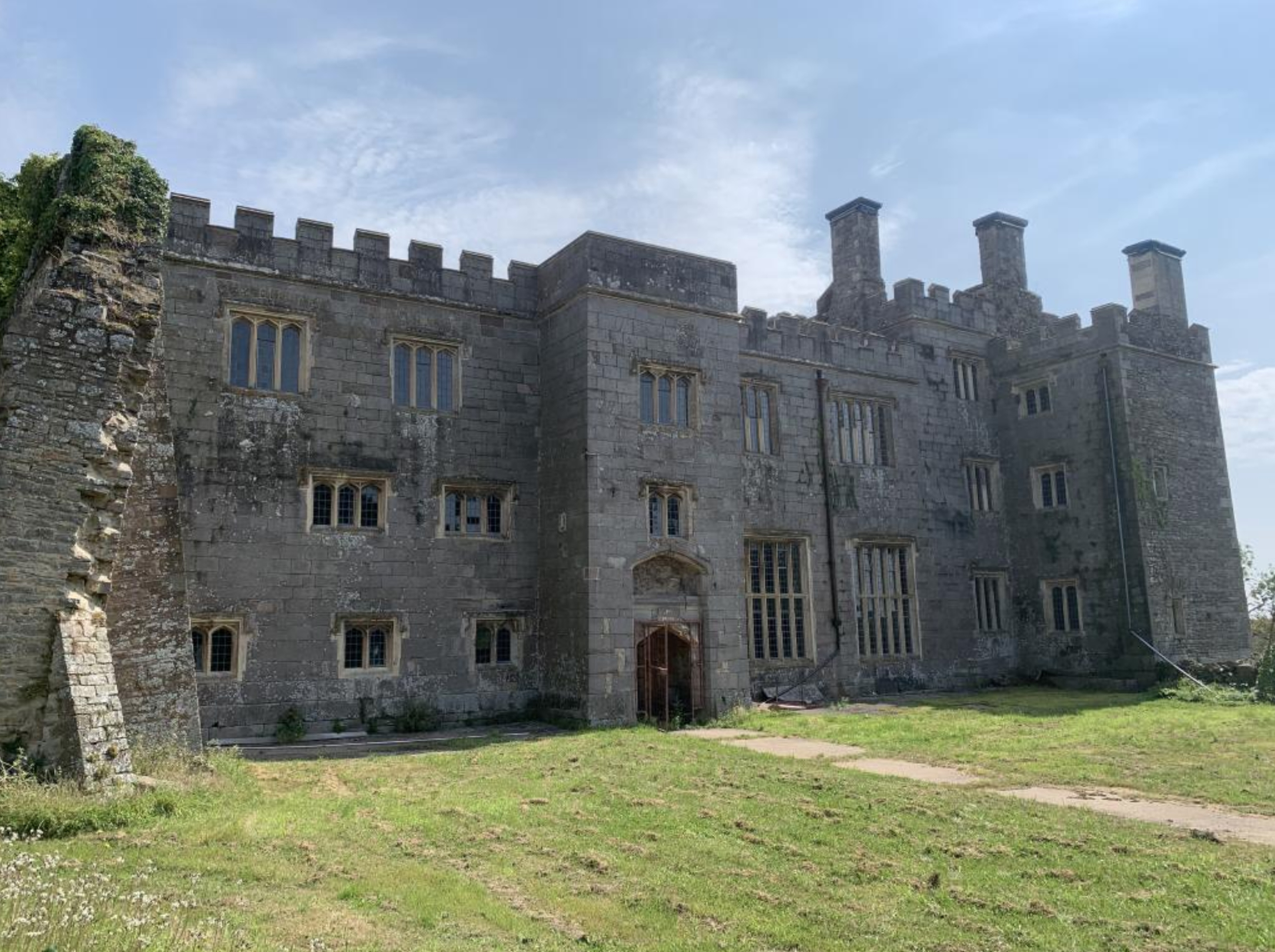 Defence lawyer Patrick Harrington QC says: “What would he want a covert device fitted for, save to discover if she was seeing other people?”

While listening in to Georgina’s phone conversation in January 2016, two days before Morgan discovered Georgina had plans to leave him to continue her work with other men.

Fed up with her relationship with lover Peter Morgan, the 25-year-old mum planned to take ownership of the bungalow Morgan had installed her in. 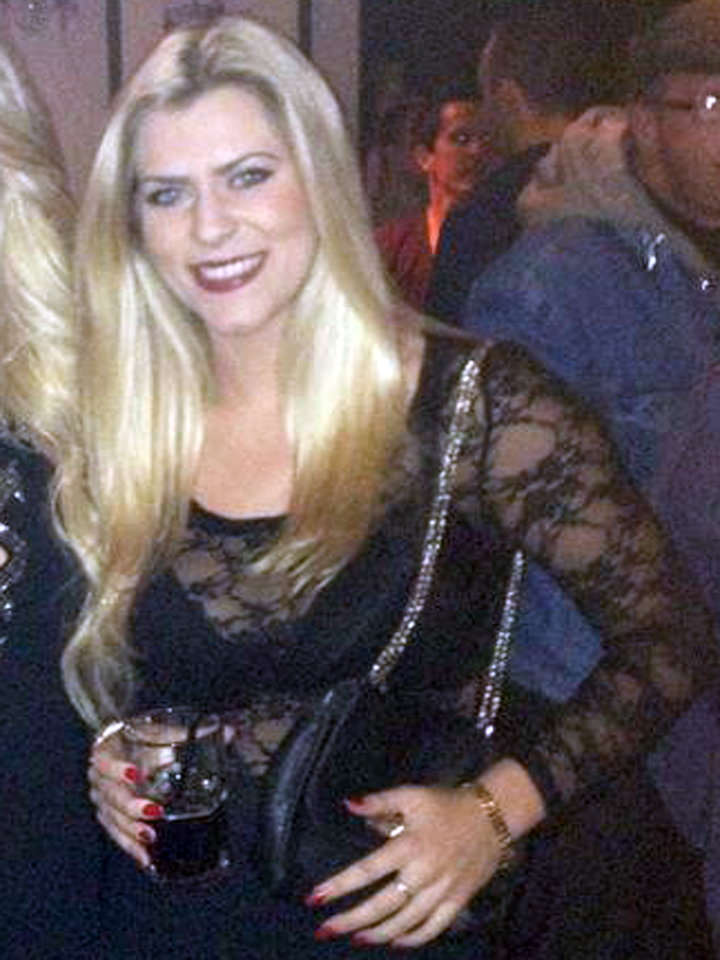 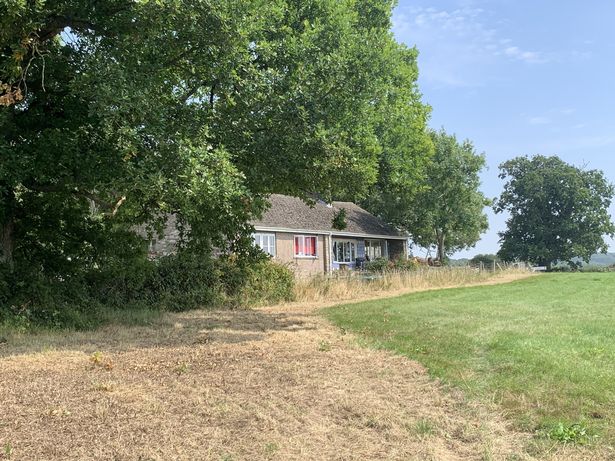 "You'll pay for this"

But the young woman refused.

Andy says he believes his brother was “trying to win” Georgina back after their relationship deteriorated.

But as Georgina refused to back down, sitting next to her on a sofa, Morgan reached out and throttled Symonds with a homemade ligature.

Recalling the tragic events, Peter’s brother Andy Morgan said the young mum fought to her last breath, telling Morgan “you’re going to pay for this” as he strangled her.

Morgan wrapped Georgina’s body in plastic and tape before hiding it in a barn behind his family home. 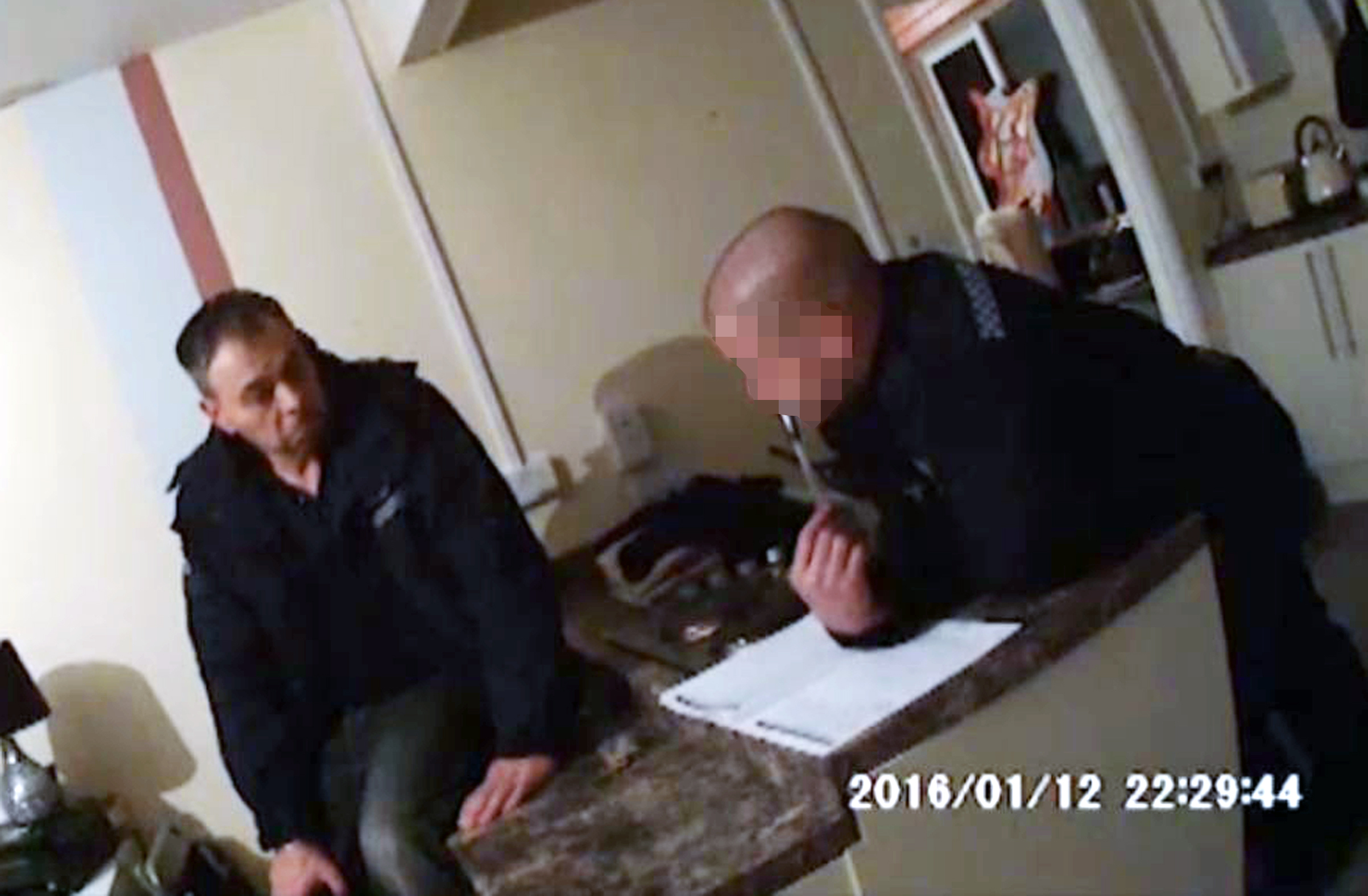 But forgetting his own installed CCTV cameras at Beech Hill Farm, Morgan was caught moving the body.

After Georgina’s friends and family alerted the police when she failed to collect her daughter from school, Peter soon confessed, directing the police to her body.

Tried for her murder, Peter Morgan said he had twice released the pressure around Miss Symonds neck, but strangled her when she refused to back down.

Speaking in court, he told the jury: "I had just been pushed too far."

Dr Taylor says: “Peter almost moulded her into this doll that he gets to use, abuse, play with and exert total control over her and then when she then threatens that financial control and he hears her talking about maybe exploiting him, that’s when he realises that he is losing control of her. 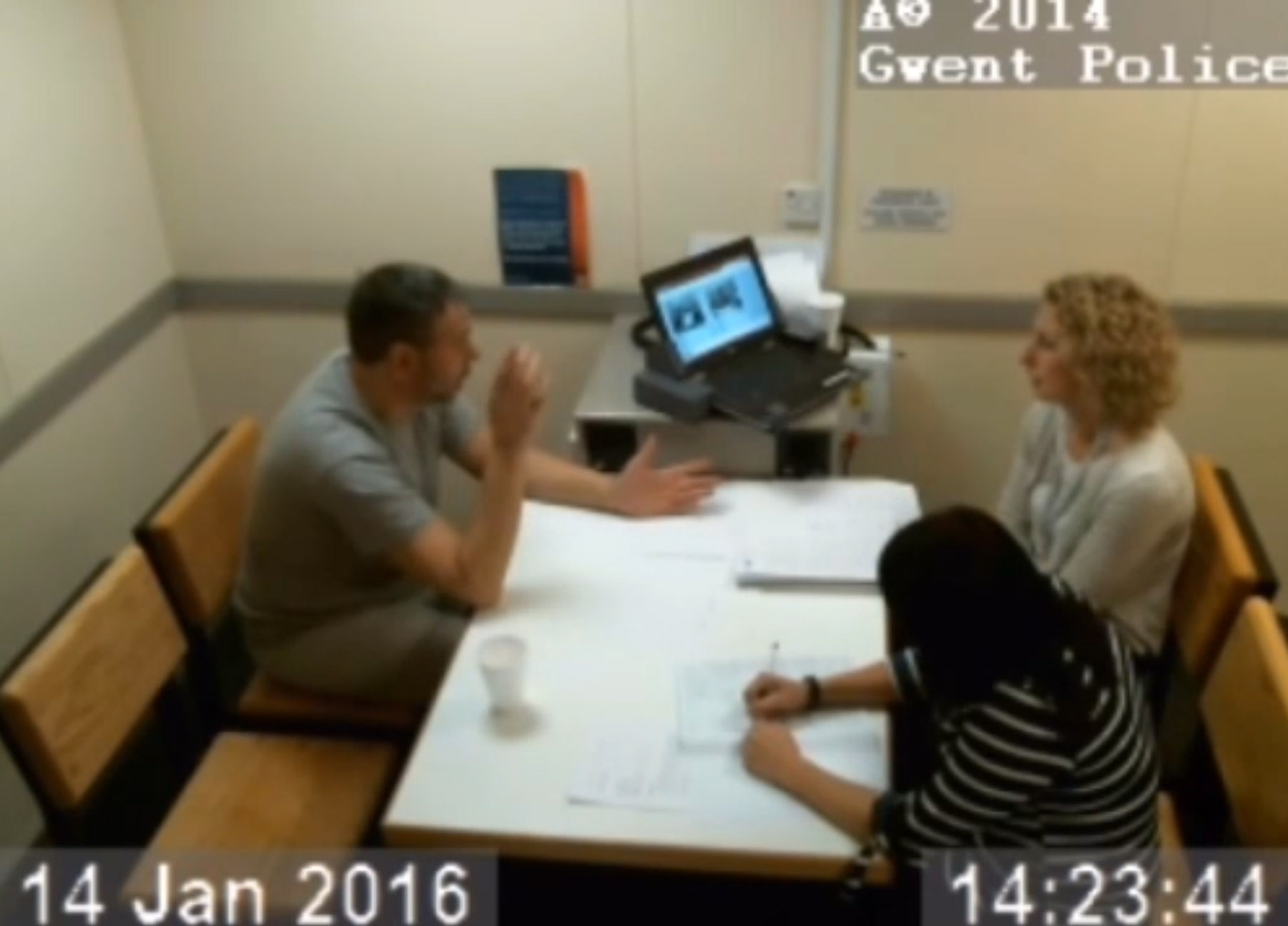 “Because essentially he knows somewhere deep down that the only control he has over that woman is finance.

“So if she takes back that financial control, what does he have left? He knows she won’t be interested in him. She’s not going to stick around.”

Despite claiming diminished responsibility due to Asperger’s Syndrome, Peter Morgan was found guilty of murder and sentenced to life imprisonment at Newport Crown Court.

DOMESTIC VIOLENCE – HOW YOU CAN GET HELP

Women’s Aid has this advice for victims and their families:

Women’s Aid provides a live chat service available. from 10am to noon.

Speaking after the verdict, the victim's mother Deborah Symonds said: “The death of my daughter has been a devastating tragedy for the whole of our family.

“Her beautiful daughter has been left without a mum. 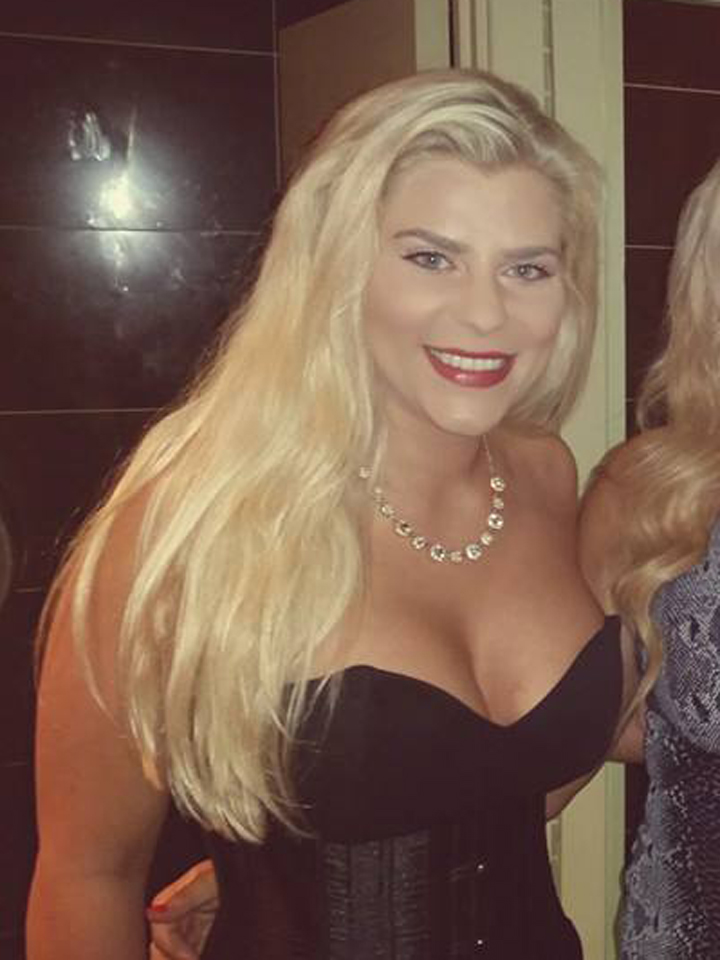 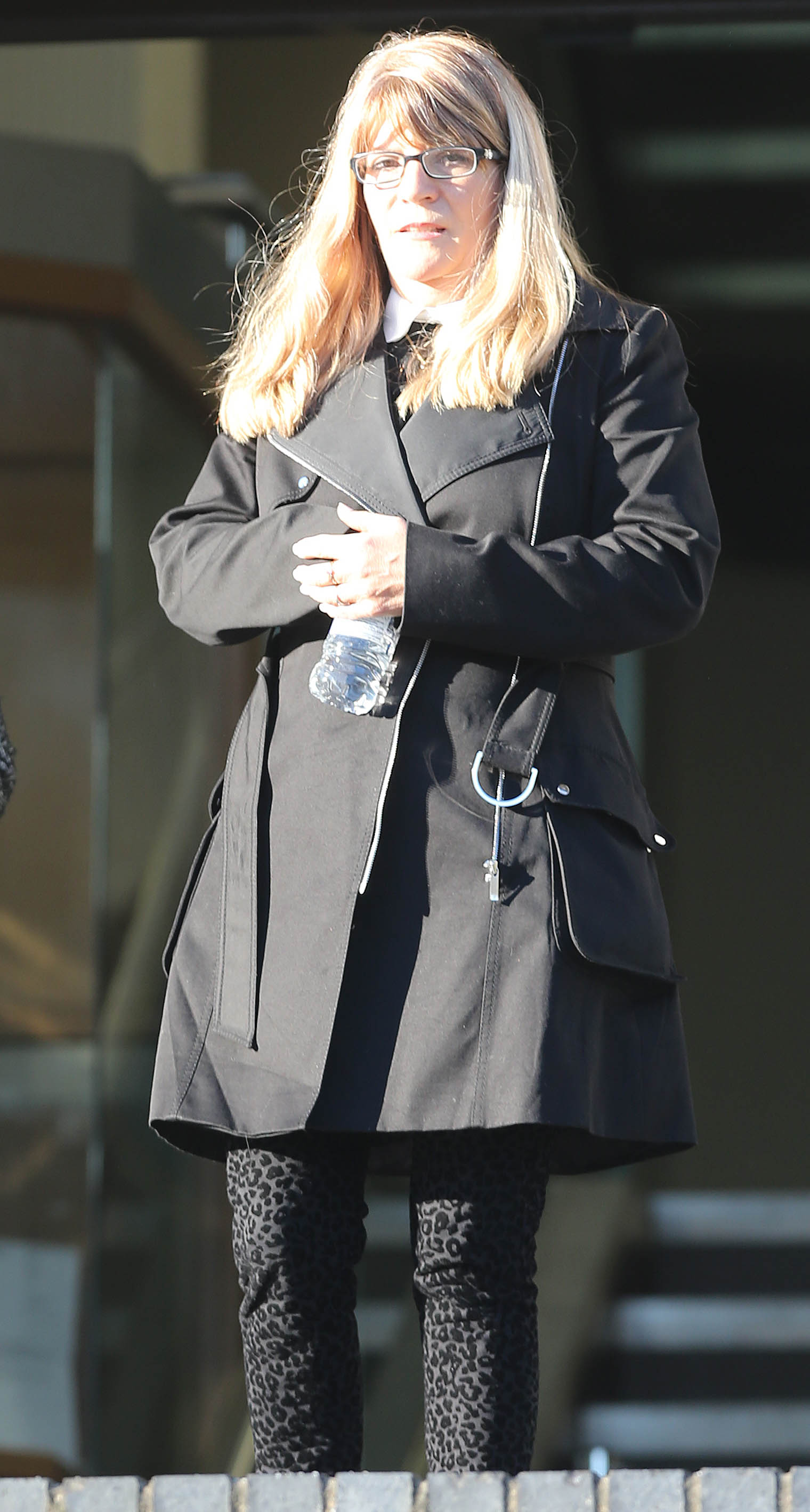 “Georgina has left a hole in our lives that will never be repaired.

“All of our happy memories will be kept forever in our hearts.

“We respect the decision of the jury and whatever sentence is handed to Peter Morgan will never compensate for our loss.” 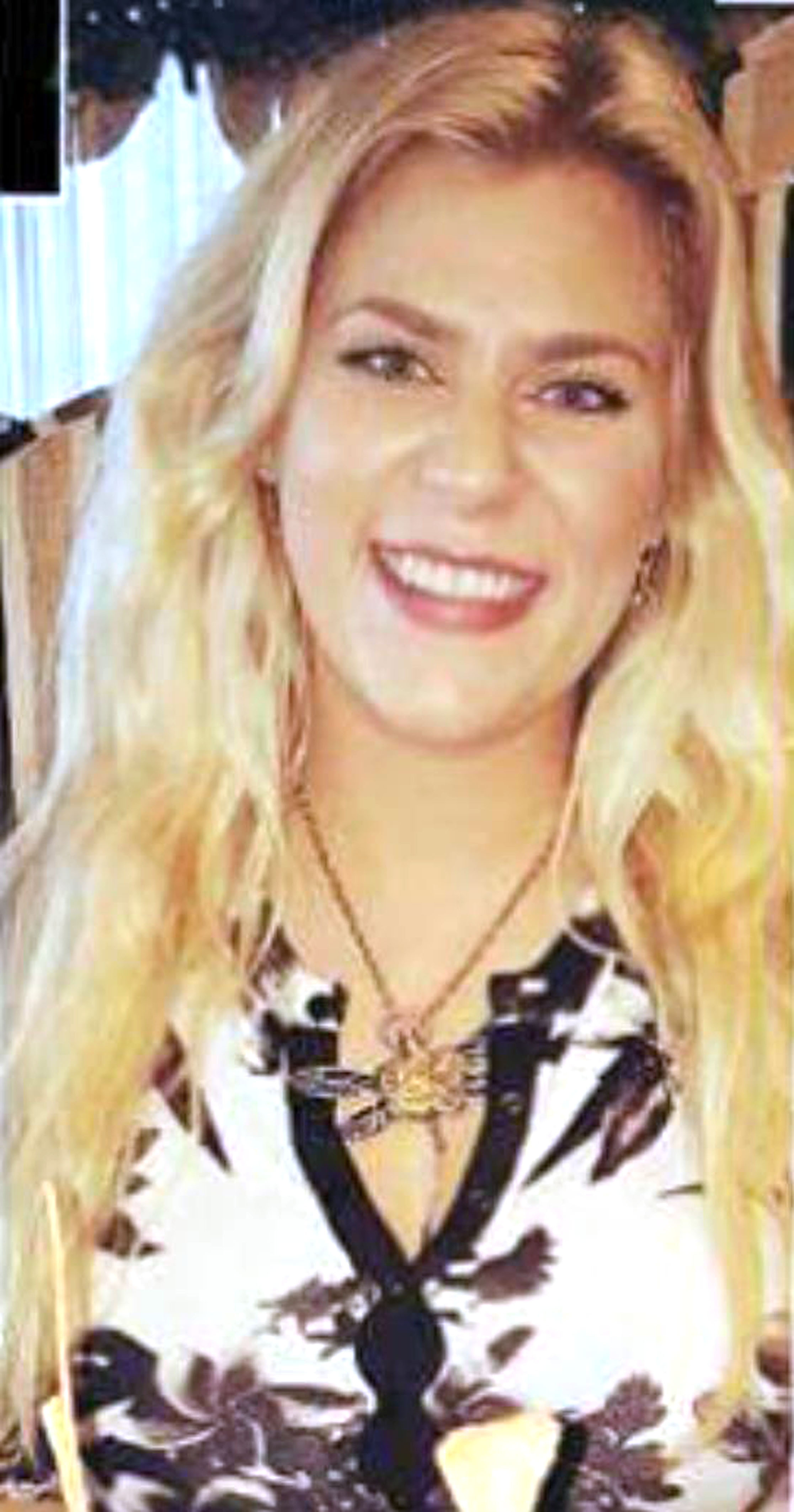 My Lover My Killer: Peter Morgan will air on 5 Star tonight at 22:00

mxmtoon Talks Menstrual Stigma, Her PMDD, and How She Checks up on Herself While Songwriting