A mum who took her two children on an outing to a safari park had her car smashed up by two randy rhinos.

Stacey Gormley, 32, and her sons Buddy, seven, and Boden, one, were driving through the wild animal enclosures at West Midland Safari Park in Bewdley, Worcestershire, to mark the final day of the summer holidays when the rhinos charged.

A park ranger in a jeep desperately tried to divert the rhinos away from the road but were too late.

The female rammed its horn and body into the bonnet of Stacey’s car while the male shunted the vehicle back several feet when it hit the front wing, causing significant damage to the vehicle. 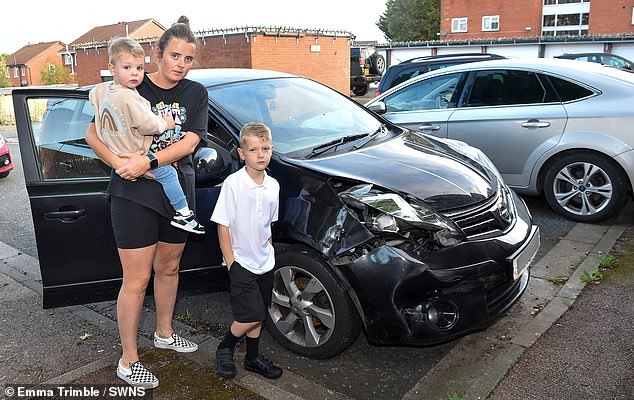 Stacey Gormley with her sons Buddy, seven, and Boden, one, and their car which was smashed up by two ‘randy rhinos’. 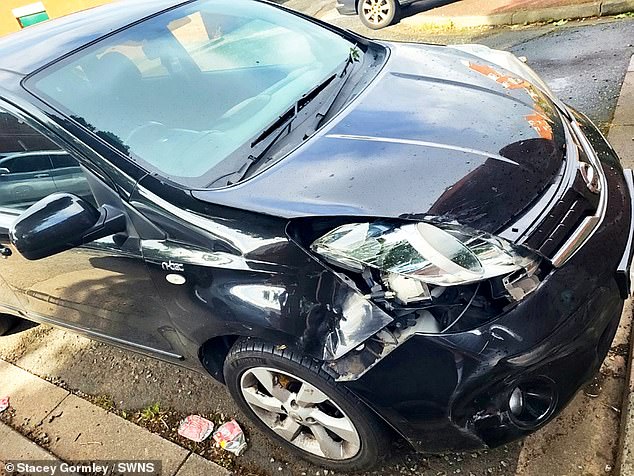 Damage to the car (pictured) included dents on the bonnet, a damaged headlight, a torn off bumper and horn marks

The rhinos caused a dent in her bonnet, damaged a headlight, tore off the bumper and left horn marks.

Stacey, from Warndon, Worcester, said the car has been written off and has lodged a claim with her insurance company.

She said: ‘Two rhinos were being chased by a safari jeep and they were running onto the tracks.

‘I desperately tried to put the car into reverse to get out of their way but they charging towards us so fast. It was terrifying.

‘It was like a scene from Jurassic Park. The wheels were skidding but I couldn’t get out of the way in time.

‘The first rhino hit the car and I have horn marks on my car and the second one skidded into my car.

‘My seven-year-old was in the front seat so saw everything and was very shaken up by it. 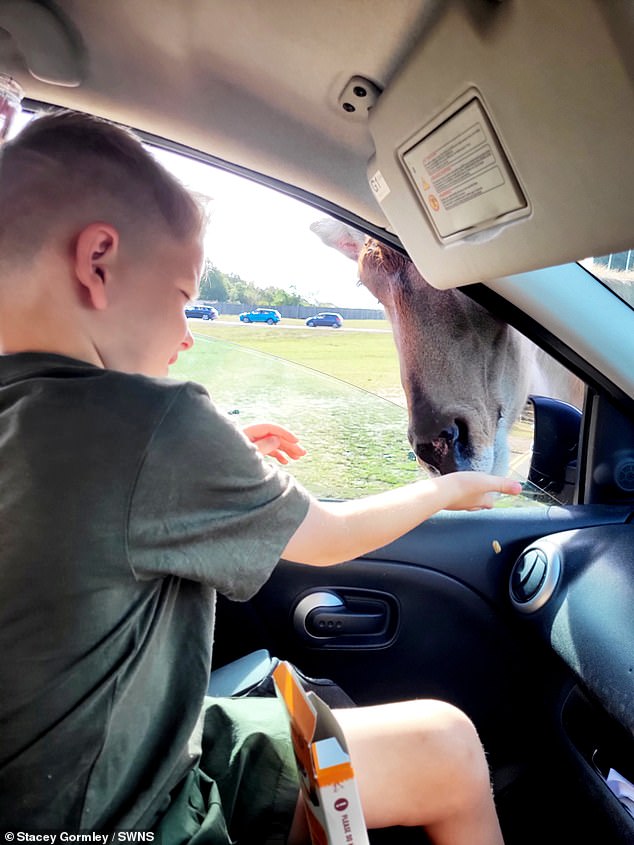 Buddy, seven, pictured feeding the animals at the West Midlands Safari Park in Bewdley, Worcestershire before the incident took place 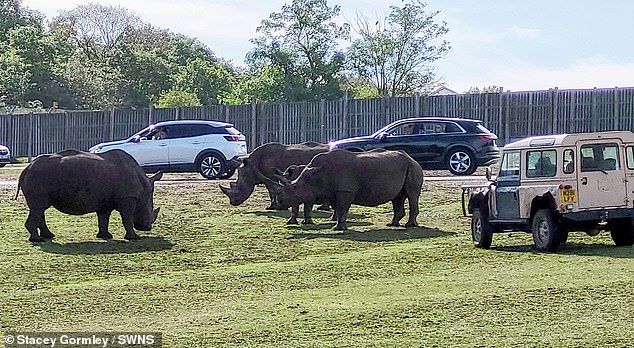 The family had been enjoying a day out to mark the end of the summer holidays when their car was rammed by two rhinos. Pictured: Rhinos at West Midland Safari Park on the day of the incident

‘It’s traumatic, it plays on the minds of little ones.

‘Luckily we’re okay. I have not been able to sleep, I keep thinking ‘what if’ because it

could have been a lot worse.’

‘The safari park is not claiming liability which is fair enough, but the jeep was chasing the rhinos.

‘Should an in-season rhino be left out in a family safari park?

‘My seven-year-old keeps talking about it and going on about what happened, they gave us four free tickets, but I don’t think he’ll want to go back anytime soon.

‘If we were to go again, I would feel quite nervous but I know what time the rhinos come out, so I would like to avoid them.

‘It wasn’t a very nice thing to go through.

‘It was the last day of the holidays, so I thought I would take them to the safari park, we go quite a lot, we go five or six times a year.

‘It’s a shame because it’s a lovely day out.

‘My little boys love animals and it’s quite hard to keep a one-year-old and a seven-year-old occupied.’ 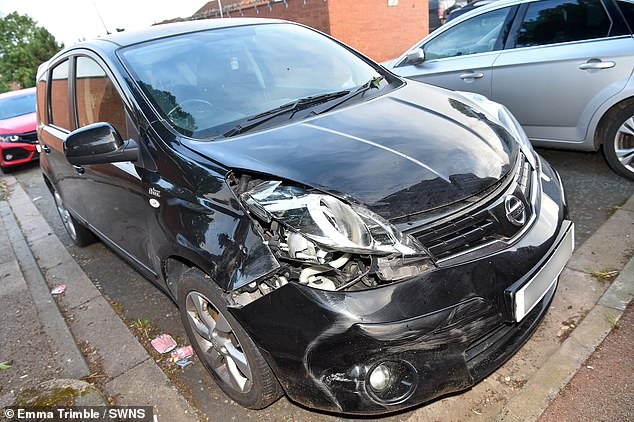 Damage to the car (pictured) included dents on the bonnet, a damaged headlight, a torn off bumper and horn marks 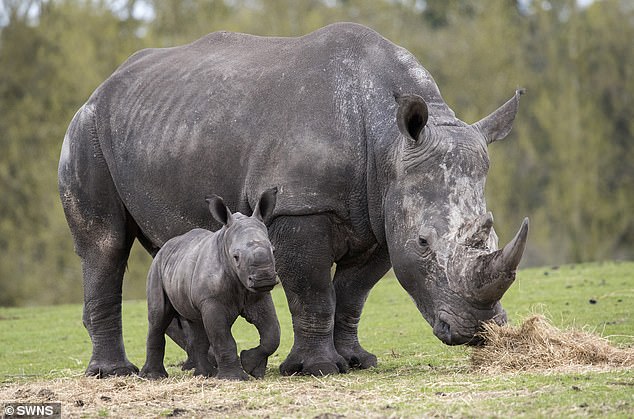 The rhinos charged into the family car before keepers rushed to the rescue at West Midlands Safari Park in Bewdley, Worcestershire, on Monday, September 5.

A spokesperson for the park said: ‘As part of the safari drive-through experience, many of our animals are able to roam freely between vehicles and this includes our herd of white rhino.

‘Keepers in patrol vehicles are always in close attendance, to monitor all animal and vehicle movements for the safety of our guests.

‘We do state that guests drive their own vehicles at their own risk and these T&Cs are required to be accepted at the time of booking tickets.

‘We do offer guided minibus tours for those people who do not wish to enter the safari in their own vehicle.

‘On September 5, one of our female rhinos collided with a vehicle within the African reserve.

‘During the incident, our team of trained keepers in patrol vehicles attempted to guide the rhinos away, but unfortunately were unable to prevent the rhino from coming into contact with the car.

‘The guests reported there were no injuries which is always our main priority, and following this, they continued their safari drive-through experience.’

Another Fly Landed on Amy Coney Barrett on Television

Every Celebrity Diagnosed with Coronavirus