Tens of thousands of tests on Australia’s deepest road tunnel are underway, as engineers seek to complete electrical systems for the delayed $3 billion NorthConnex, which is now slated to open almost a year behind schedule.

Tolling giant Transurban has revealed the intricate technical work still carrying on some 90 metres beneath Sydney’s Hills District, with more than 50,000 software, and equipment tests dragging out the long-anticipated opening. 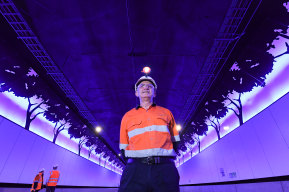 First scheduled to open in late 2019, the project was pushed back to the third quarter of 2020, which it will now almost certainly exceed.

While all civil works are now complete, NorthConnex mechanical and electrical manager Charles Giuttari said the team was still some weeks away from being able to open to the public.

“A lot of these complex projects it’s hard to pick a date and hit it, we don’t know what’s around the corner,” he said.

NorthConnex will connect the M1 Pacific Motorway to the M2, forcing trucks into the tunnel and off West Pennant Hills Road. 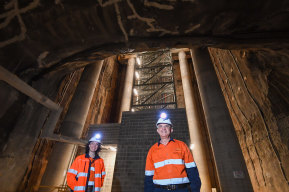 Despite Transport Minister Andrew Constance foreshadowing in June the tunnel was just a month or two from opening, the “commissioning” phase of the project has dragged out for longer than anticipated.

Mr Giuttari said it wasn’t as simple as drilling a tunnel and laying a road within it. Engineers have to make sure thousands of individual components synchronise with state of the art technology monitoring them. 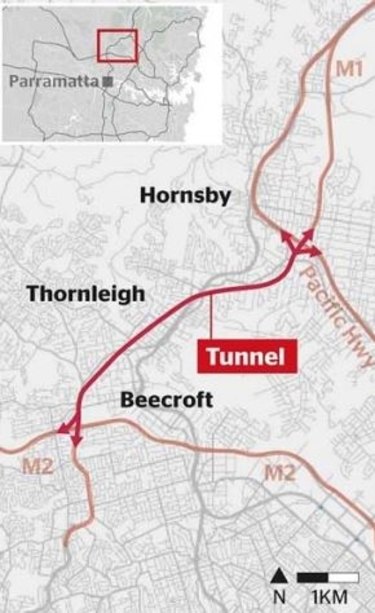 More than 140 jet air fans line the roof of the tunnel, which also features 46 kilometres of heat sensing optical cable that triggers a segmented sprinkler system in case of fire. 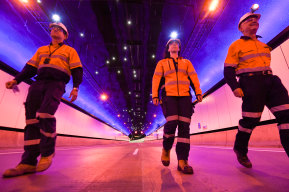 Another 5000 LED lights are dotted across the tunnel, while 400 electric signs must be tested in a range of scenarios, as well as close to 800 cameras.

“At certain points you can just fix it and keep going and other points you have to start again.”

Despite already running months behind its original 2019 opening date, problems were compounded during the COVID-19 pandemic, with some international specialists unable to enter Australia for the commissioning stage.

“It is a complex number of systems here and a lot come from overseas,” Mr Giuttari said.

“There are some experts from overseas that can’t come to this country right now but remotely they’re doing their bit.”

NorthConnex is the third road tunnel Mr Giuttari has been involved with, and by far the most complicated.

“It’s just a lot more technology and just the size of it, every kilometre adds more and more kit and complicates it,” he said.

“It’s soon. Fingers crossed, we want to get this across the line … but it’s got to be ready.”

Get our Coronavirus Update newsletter for the day’s crucial developments and the numbers you need to know. Sign up to The Sydney Morning Herald’s newsletter here and The Age’s here.