New York City is facing a critical staffing shortage of first responders as there are more NYPD officers and emergency medical services personnel out sick this week than at any point in the pandemic, city officials said Thursday.

“We’re at the highest level that I’ve ever seen in my career. When you look at March of ’20 — we peaked at 19.8, 20%. We hit 21% today,” NYPD Commissioner Dermot Shea said Thursday about the number of officers who were sick.

About 30% of all emergency medical services staff members were also out sick on Thursday, which is slightly higher than the peak shortage in March and April 2020, when roughly 25% of staffers were on medical leave, an FDNY spokesperson told Fox News Digital. 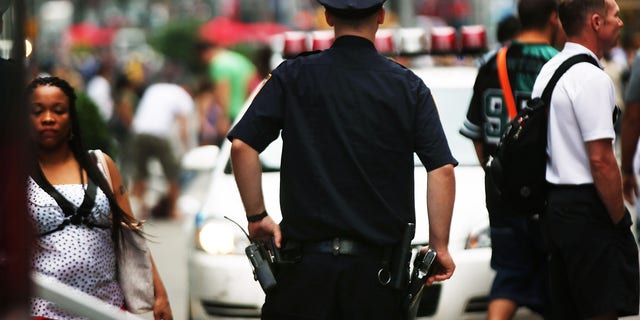 The New York City Fire Department is also dealing with its own shortage, as about 17% of firefighters were out sick on Thursday.

Most of the workers tested positive for COVID-19, have symptoms but are awaiting test results, or are just sick with another winter illness.

The staffing shortage is compounded by elevated call volumes, as the Fire Department has been seeing a few hundred extra calls per day recently, the FDNY spokesperson said. 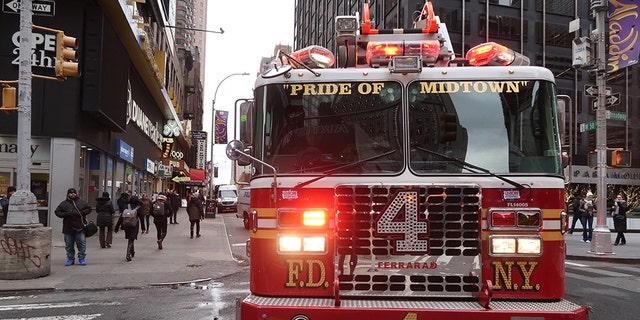 An FDNY fire engine makes a turn onto Broadway as it speeds to a call on November 28, 2018, in New York City. (Photo by Gary Hershorn/Getty Images)

While all firehouses and EMS stations are still open, the FDNY has urged New Yorkers to only call 911 during real emergencies.

“[The FDNY] has experienced instances of people calling 911 because they are sick, and then asking to be tested, or asking to be taken to the hospital to get a test,” a spokesperson for the fire department told Fox News Digital on Thursday.

“EMS and fire resources needed to be prioritized for those New Yorkers experiencing true medical emergencies.”

The shortage of EMS and fire department personnel, which was first reported by the Gothamist, comes ahead of the busy New Year’s Eve holiday. 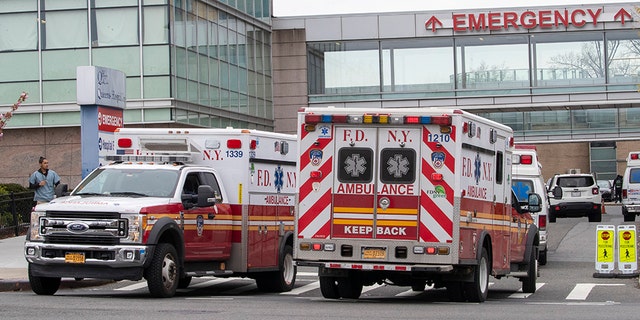 FDNY ambulances are seen entering and leaving the emergency room at Queens Hospital Center, Monday, April 20, 2020, in the Jamaica neighborhood of the Queens borough of New York. (AP Photo/Mary Altaffer)

The FDNY said it has implemented mandatory overtime to fill the gaps, while the NYPD has canceled days off for healthy officers.

A vaccine mandate was implemented for all city employees at the end of October.

About 94% of FDNY firefighters and 88% of NYPD officers were vaccinated as of Thursday, Mayor Bill de Blasio’s office told Fox News Digital.

There are exemptions for medical and religious reasons in the mandate, but it is unclear how many of those unvaccinated workers attained exemptions.

COVID-19 cases have skyrocketed in New York City in recent weeks, as the 7-day average for new infections has gone from 2,848 on Dec. 1 to 25,184 on Monday, according to health department data.

The Crown season 5 release date and cast line up