BORIS Johnson boasted his visit to America “exceeded all expectations” – despite limited progress on a trade deal with Joe Biden.

The PM hailed Washington’s decision to lift a decades-old import ban on British lamb as “significant success” for the British public, despite little progress on a wider free trade agreement. 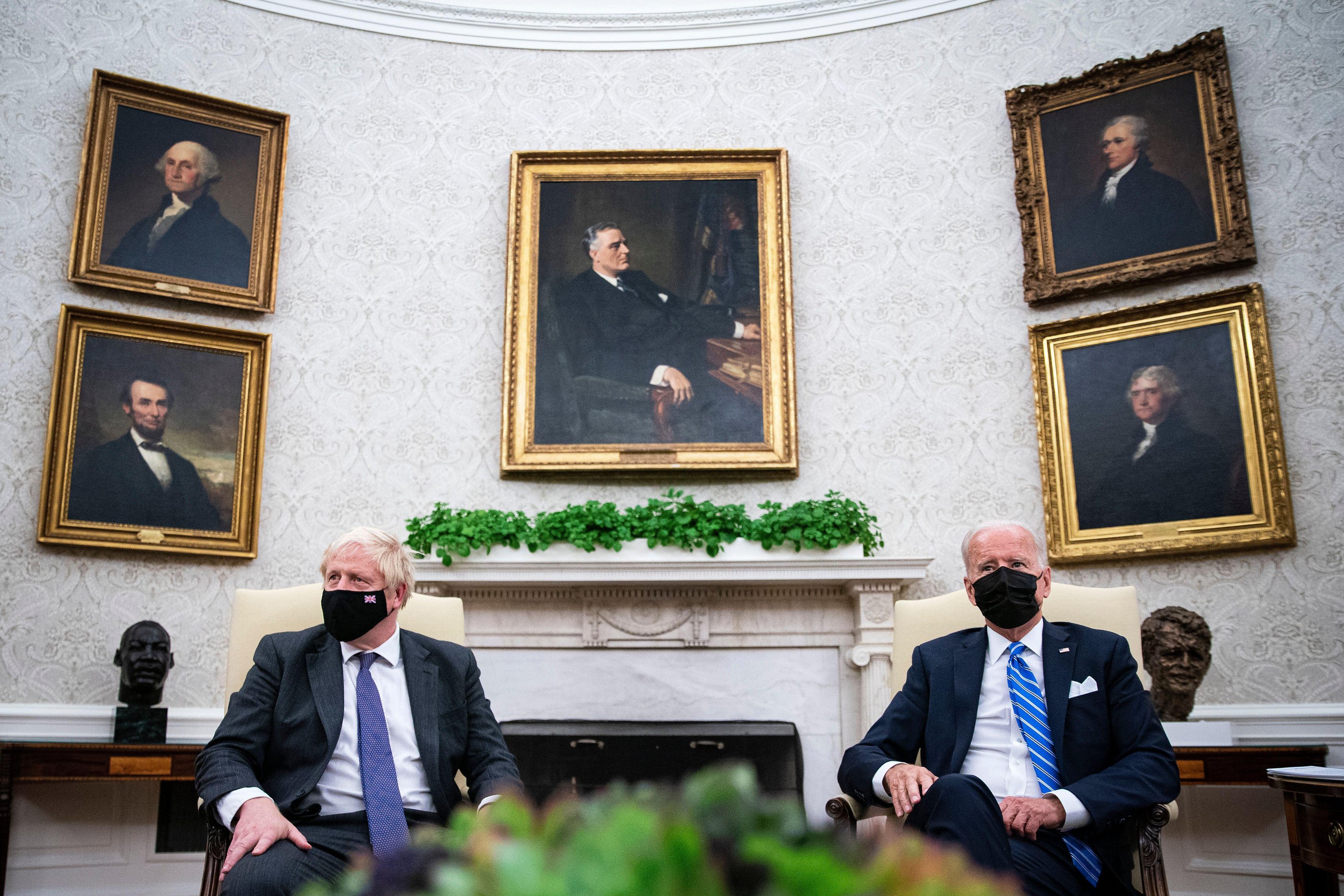 Promising “kebabs, the kofta, lamb burgers and fantastic juicy cuts of welsh lamb” would soon be on US shelves, Boris said the mad-cow disease era ban was “totally unjustified, discriminating.”

However there was little progress made on a wider free-trade accord with the United States, and confusion over Britain’s desire to join a North American trade pact between the US, Canada and Mexico.

After the idea was discussed by new Foreign Secretary Liz Truss with her US counterpart, No10 insisted that their first goal would be a bilateral agreement with Washington.

But Mexico last night said they would be open to discussions about the UK joining their accord ahead of a visit by Ms Truss today.

Mr Johnson will land back in London today after his four day tour of New York and Washington.

Bullish aides last night also pointed to the “tangible benefits” won by the PM in getting the US border reopened for double jabbed Brits from November.

Mr Johnson also raised the plight of England’s Ashes tour of Australia this autumn at a meeting with Aussie premier Scott Morrisson in a bid to get the Aussie border open to England cricket team as well as their families.

He also hailed Joe Biden for putting “puff in sails” in unlocking billions of dollars toward green target goals.

Last night Mr Johnson took centre stage at the United Nations General Assembly to give a doomladen speech about the death of the planet.

Ahead of Britain hosting the landmark COP26 trade summit in November, Mr Johnson said: When Kermit the frog sang “It’s Not Easy Bein’ Green”,  want you to know he was wrong. We have the technology: we have the choice before us.”

Addressing world leaders, he added: “I invite you in November to celebrate what I hope will be a coming of age and to blow out the candles of a world on fire. See you in Glasgow.”

Groom dies and 111 guests test positive for coronavirus after wedding

US racing tips: Templegate's best bets for the meeting at Fonner Park on Sky Sports Racing on Tuesday