Hi bear! Polar bear cub waves at the camera as he larks about in the snow with his mom and sibling

This is the moment a family of polar bears posed for a paw-trait after venturing out of their den for the very first time – and one cub appears to be waving at the camera.

The 12-week-old cubs were captured with their mother by award-winning British wildlife photographer Brian Matthews, 41, in Wapusk National Park in Manitoba, Canada, earlier this week.

They were seen stomping around in thick snow in -40 degree temperatures before curling up for a well-earned snooze on Mom.

Matthews captured the cub’s first steps into the outside world. 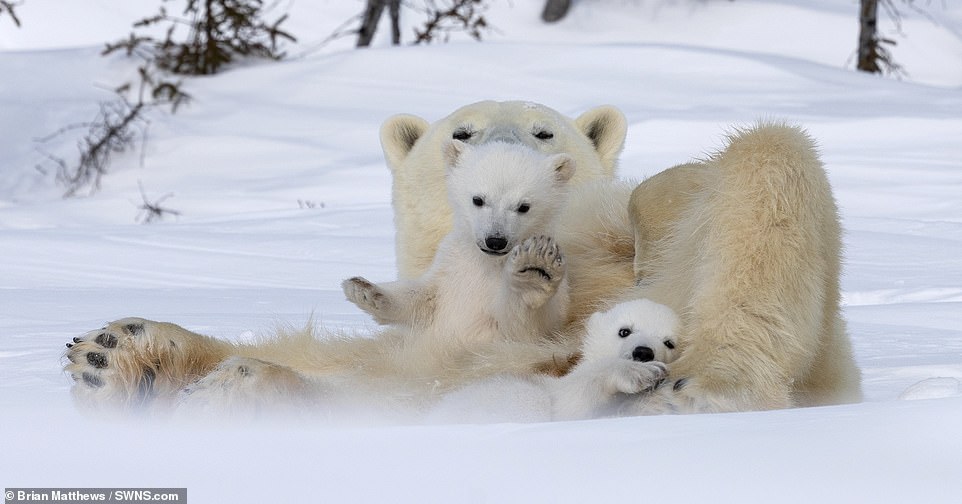 Hey baby! One of the adorable polar bear cubs appears to be waving at the camera, proud to be out and about with Momma 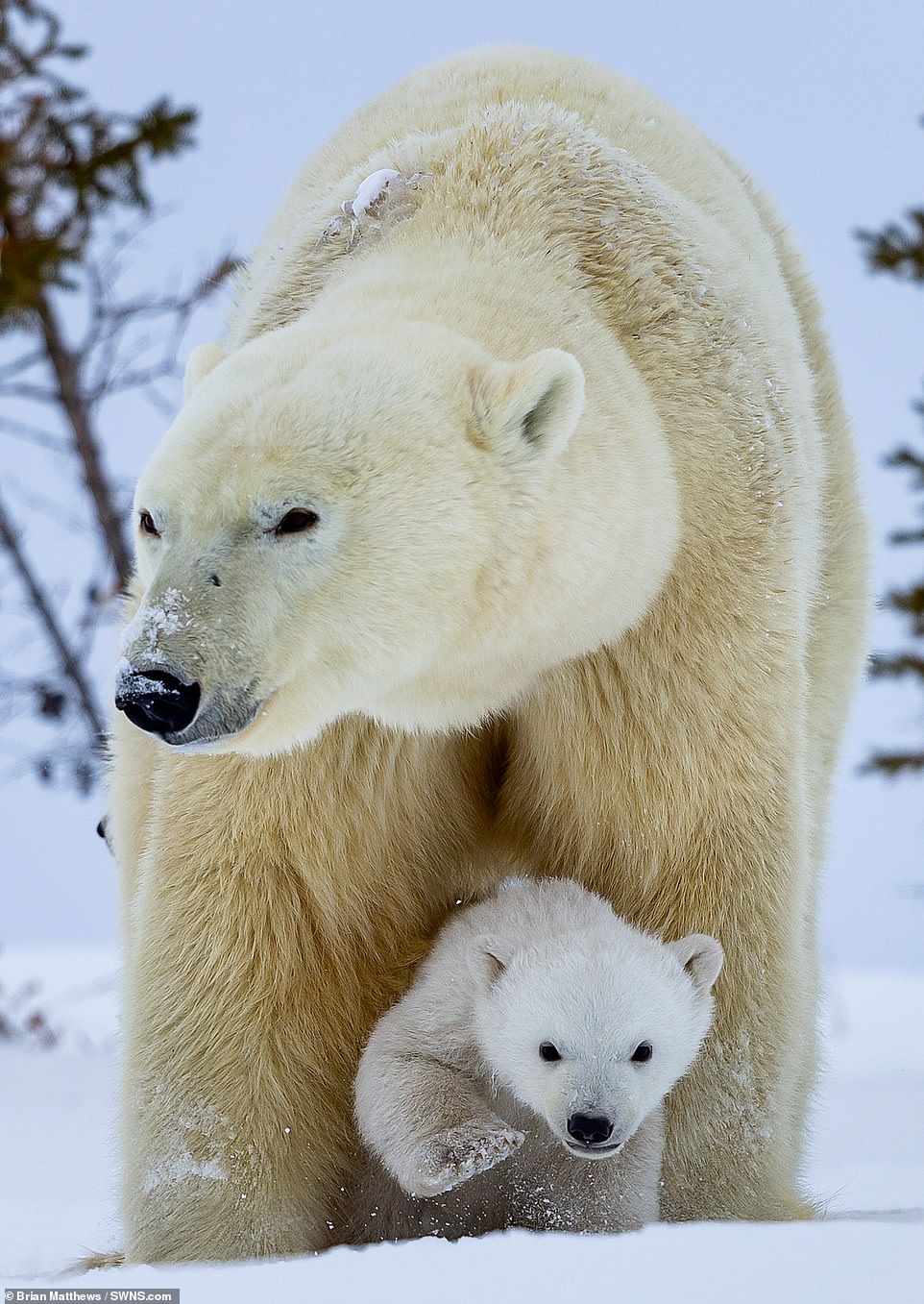 Taking a big step – one of the polar bear cubs walks beneath Momma’s tummy in the cold snow, not straying too far just yet 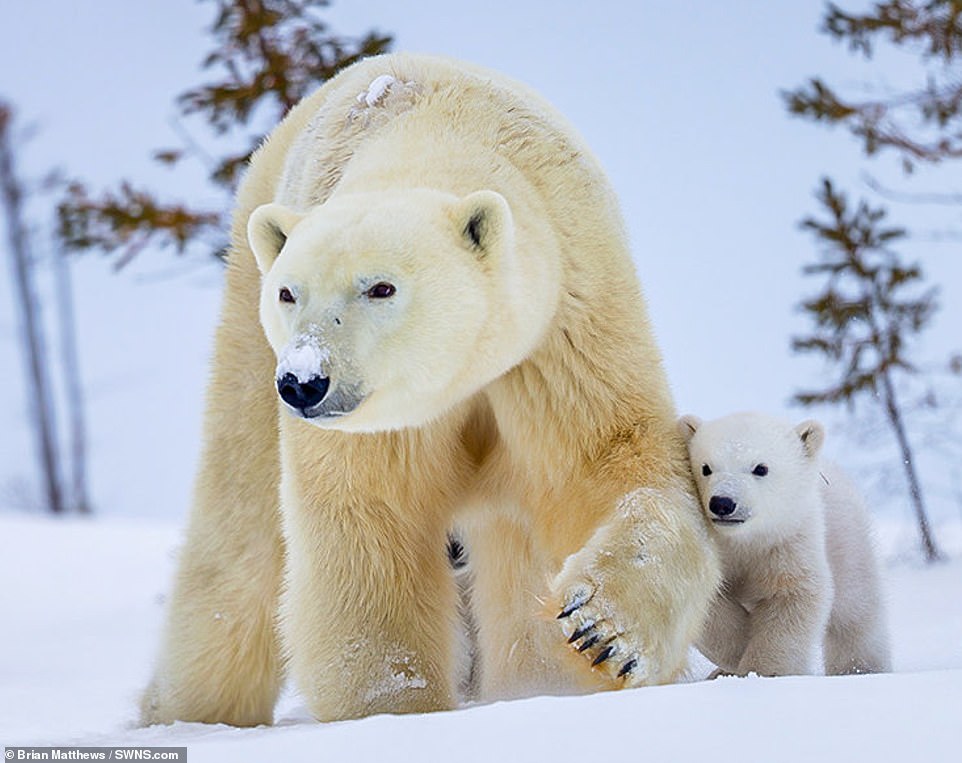 ‘It was amazing to see. The cubs were only 12 weeks old, just out of the den – they were about the size of a West Highland Terrier,’ Matthews told SWNS.

‘The cubs were wary of the world, but when they weren’t sleeping or eating they loved to play and fight – much to the annoyance of their mother,’ he added.

Matthews said that despite her enormous size, the cub’s mother could not prevent them from wriggling out of her grip to go exploring in the snow.

But after a lot of fun, they both nestled on her stomach exhausted. 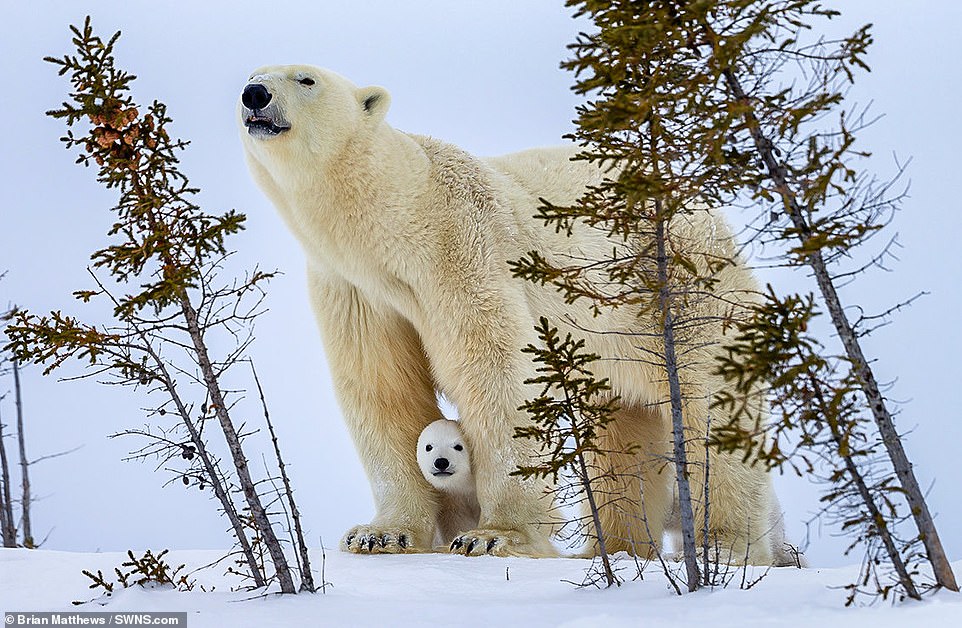 Hello there! A curious little white face emerges from between Momma’s hue feet in the freezing -40 degree snow 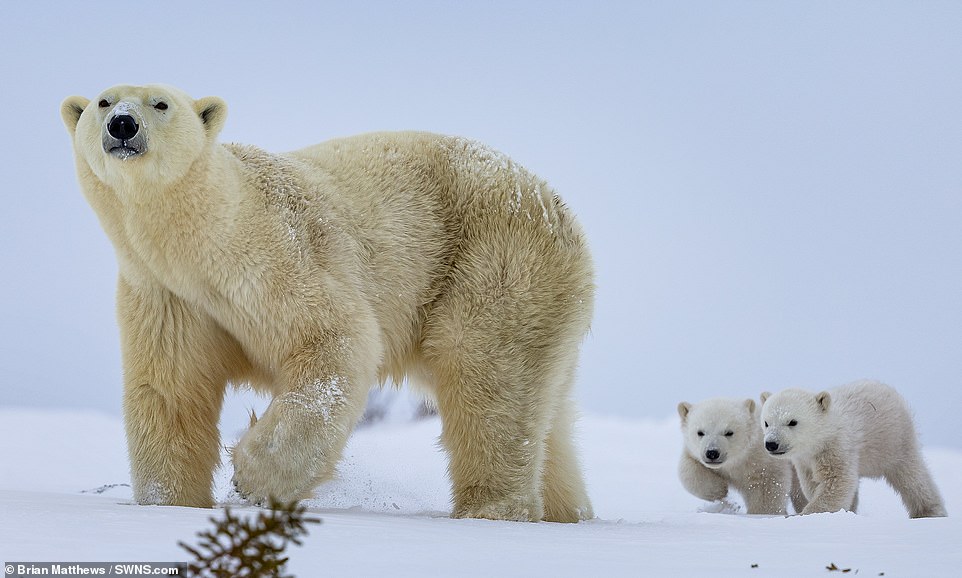 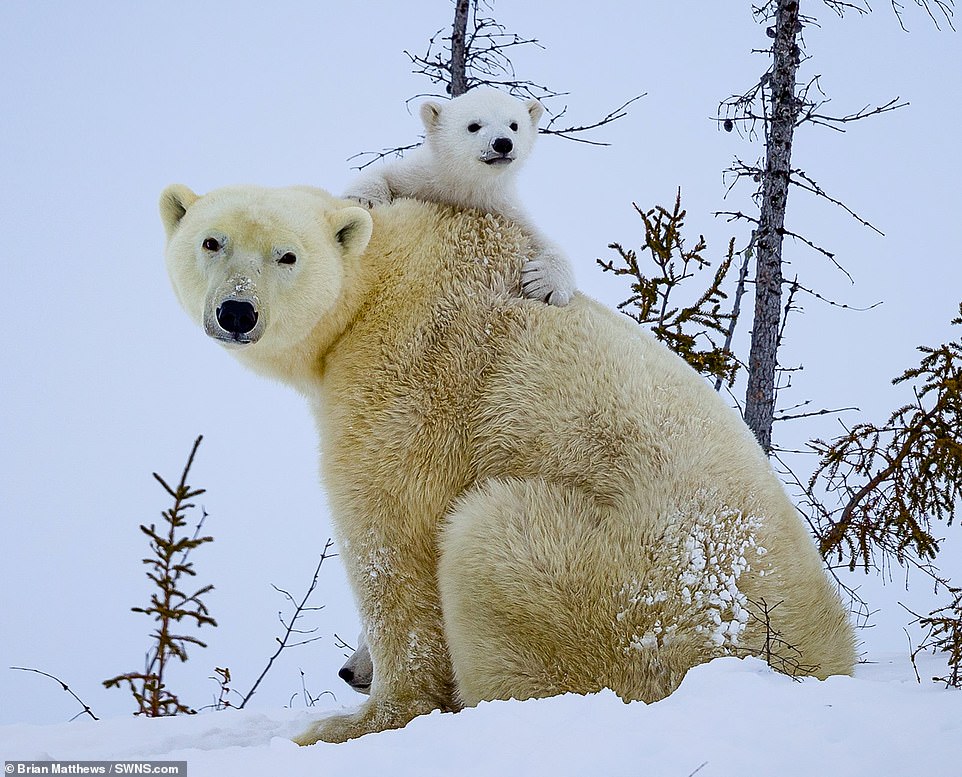 Matthews, who is from Hartlepool, County Durham, UK, had been in Canada for three weeks when he caught sight of the polar bear family.

He said the mother and her cubs had been in their den for around four months before venturing outside.

‘The cubs would jump on their mothers back to get a free ride – they have to sprint to keep up with their mother even when she walks slowly – but she would usually shake them off,’ Matthews said.

‘They were still very interested in the world, often stopping to look at trees and try to chew on them, or digging little holes,’ he added.

Matthews said the cubs watched their mother do everything and ‘stuck to her like glue’, often underneath her and between her legs.

‘This protects them from any predators but also the cold wind – the cubs aren’t as insulated as she is, as adult polar bear fur can be 20cm thick,’ he said. 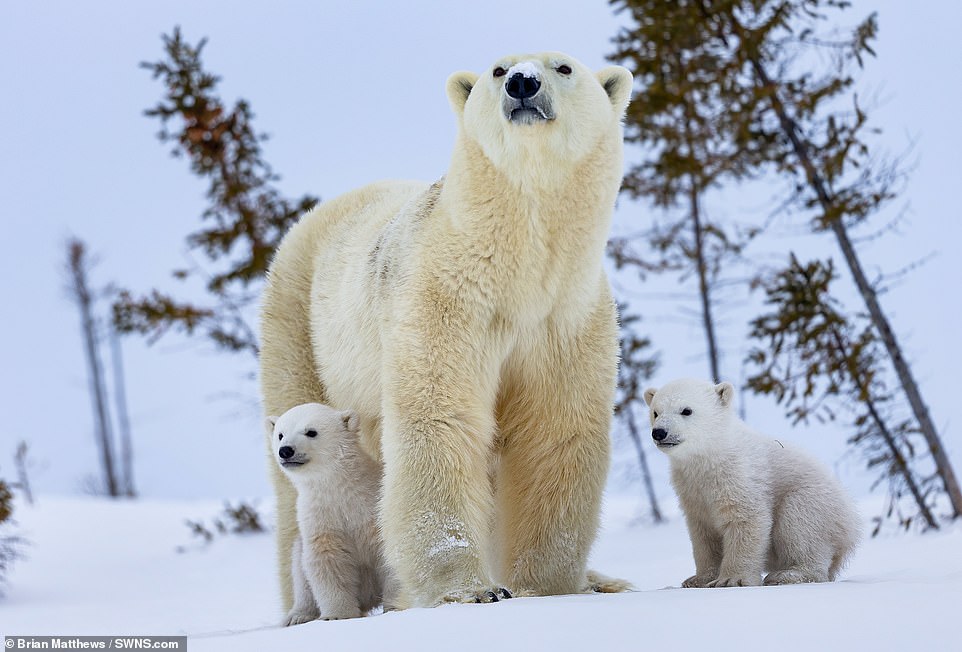 A parting shot – the family appear to be posing for the camera, looking off into the distance

Despite the risks polar bears can pose, Matthews said he wasn’t worried about being so close to them.

‘On the day that I saw this family, they knew I was there. They sometimes would look directly at me, and smell the air. They weren’t bothered. At no point did I feel scared,’ he said.

Adding: ‘The biggest risk to the cubs is the cold, exhaustion, when they get to the sea ice other bears and if they stumble into a wolf pack on the way to the ice.’

AMC Theatres Has Doubts It Can Stay in Business, According to New Filing

Brit, 46, arrested for ‘slaughtering hooker with snooker cue and machete is hiding in Ireland after fleeing Thailand’