PRINCE William has today insisted the Royal Family isn't racist as he and wife Kate Middleton were seen for the first time since Harry and Meghan's bombshell Oprah interview aired.

And the Duke said he hasn't yet spoken to his brother as he returned to royal duties to promote a mental health initiative for children.

? Read our Meghan and Harry live blog for the latest news... 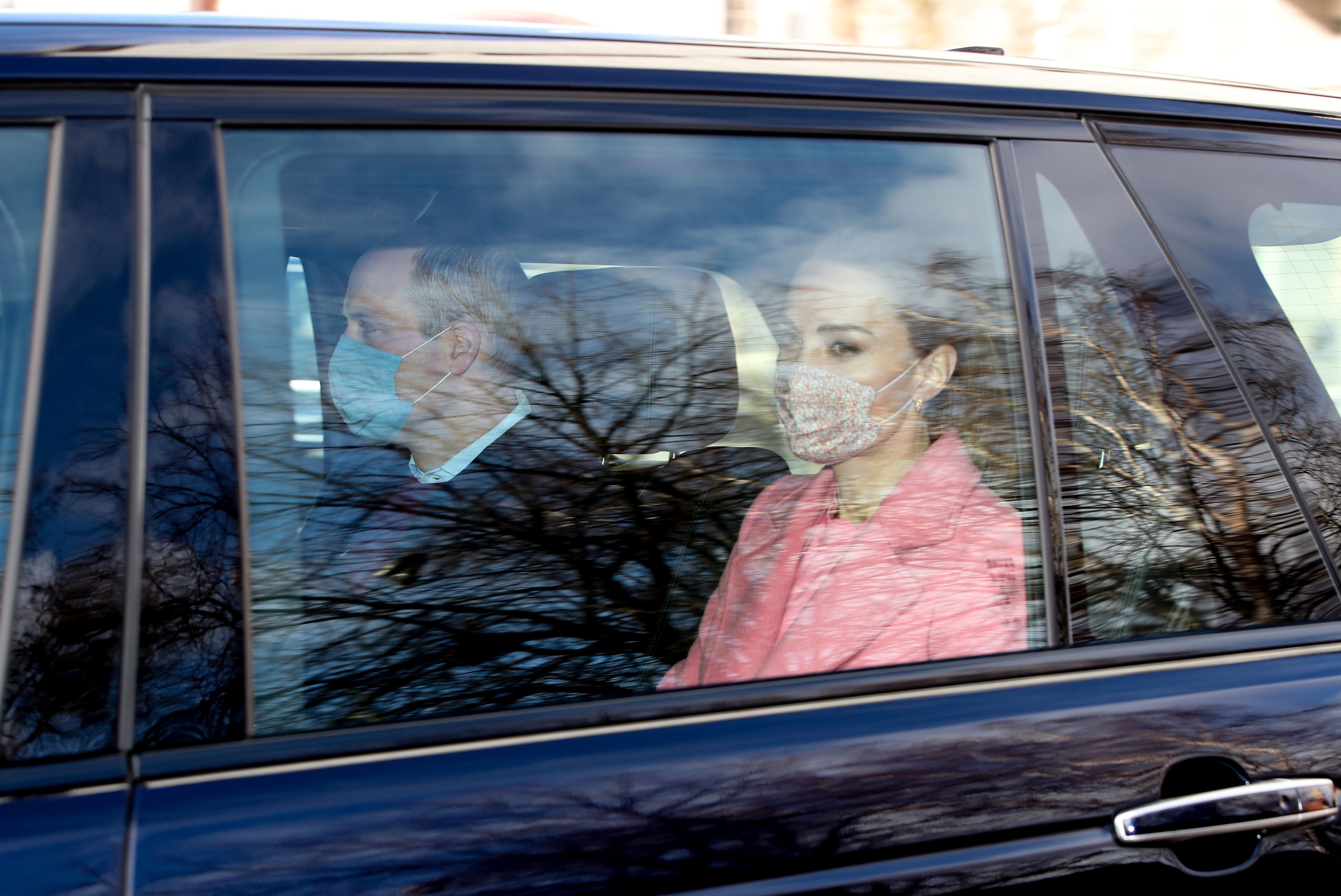 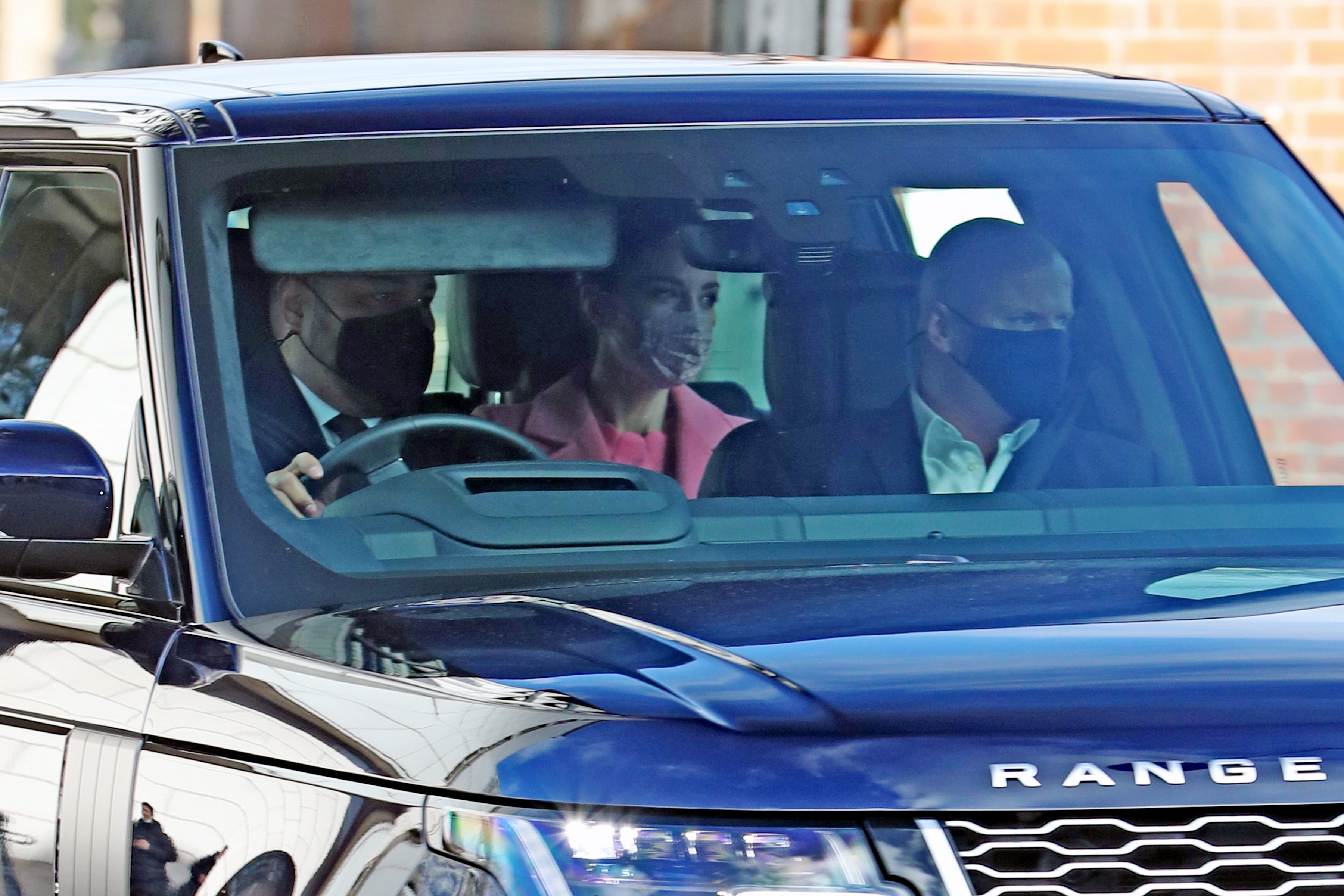 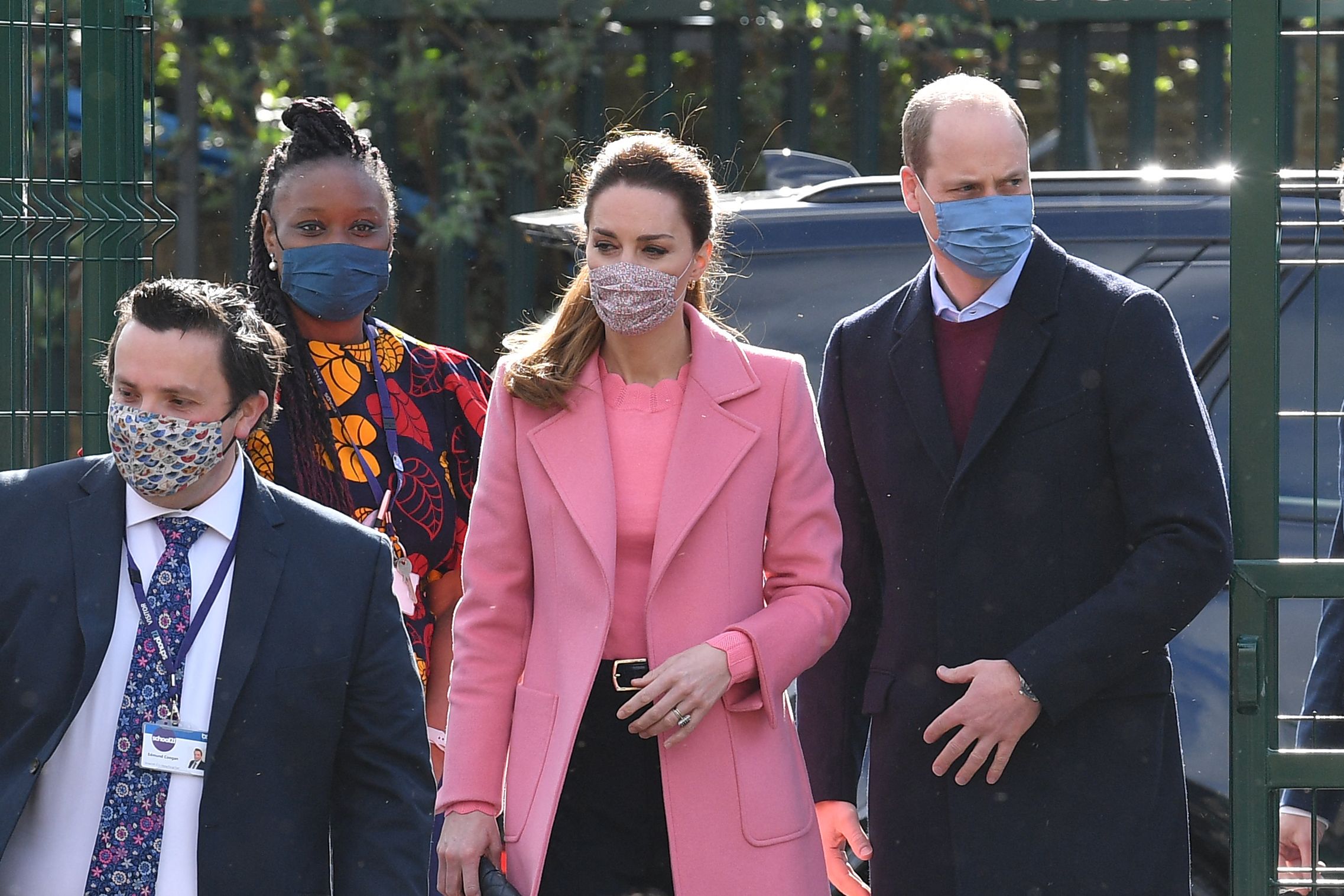 He told the waiting press the royals are "very much not a racist family" as he and Kate visited a school.

Asked if he'd spoken to his brother or sister-in-law since the chat aired, he replied: "No, I haven’t spoken to him yet, but I will do.”

Wills is the first royal to personally respond to the allegation of racism made by Meghan during the interview.

Meghan's claim that a senior royal raised concerns about Archie being 'too brown' was the most damaging allegation to come out of the broadcast.

Prince William spoke as he and Kate cheered school children back in classes this week on a trip to School21 in Stratford, east London.

Today's trip was also to support a mental health project for pupils which Kate launched in primary schools in 2018.

Kate and William are said to be deeply upset by the interview, during which Harry claimed William and Charles are "trapped".

During the chat, the couple made a series of allegations against the Royal Family – including that Meghan had been left in tears by Kate over the flower girl dresses in the lead up to the Royal Wedding.

And while Meghan said she had forgiven Kate, The Times claimed on Monday that the 39-year-old slammed the door in her sister-in-law's face when she took flowers to Nottingham Cottage – the Sussex's home at the time.

Meghan also broke down in tears as she revealed she told her husband she "didn't want to be alive anymore" and had suicidal thoughts.

The Duchess said she begged for help from the Firm – but it was her husband who "saved" her.

Elsewhere, the Duchess told Oprah there had been conversations with Prince Harry and a "family" member about their unborn son and what colour his skin would be – and "what that would mean or look like". 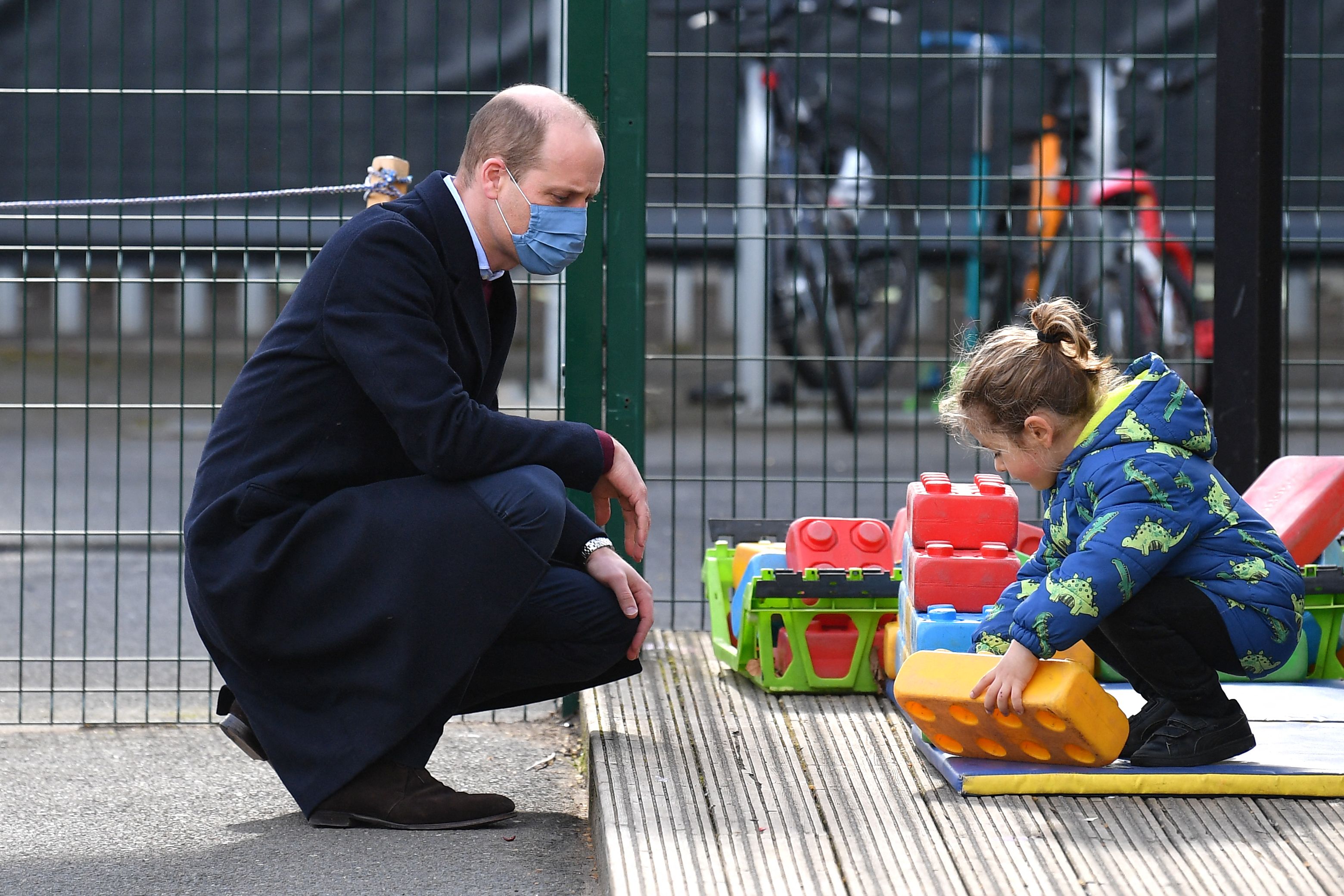 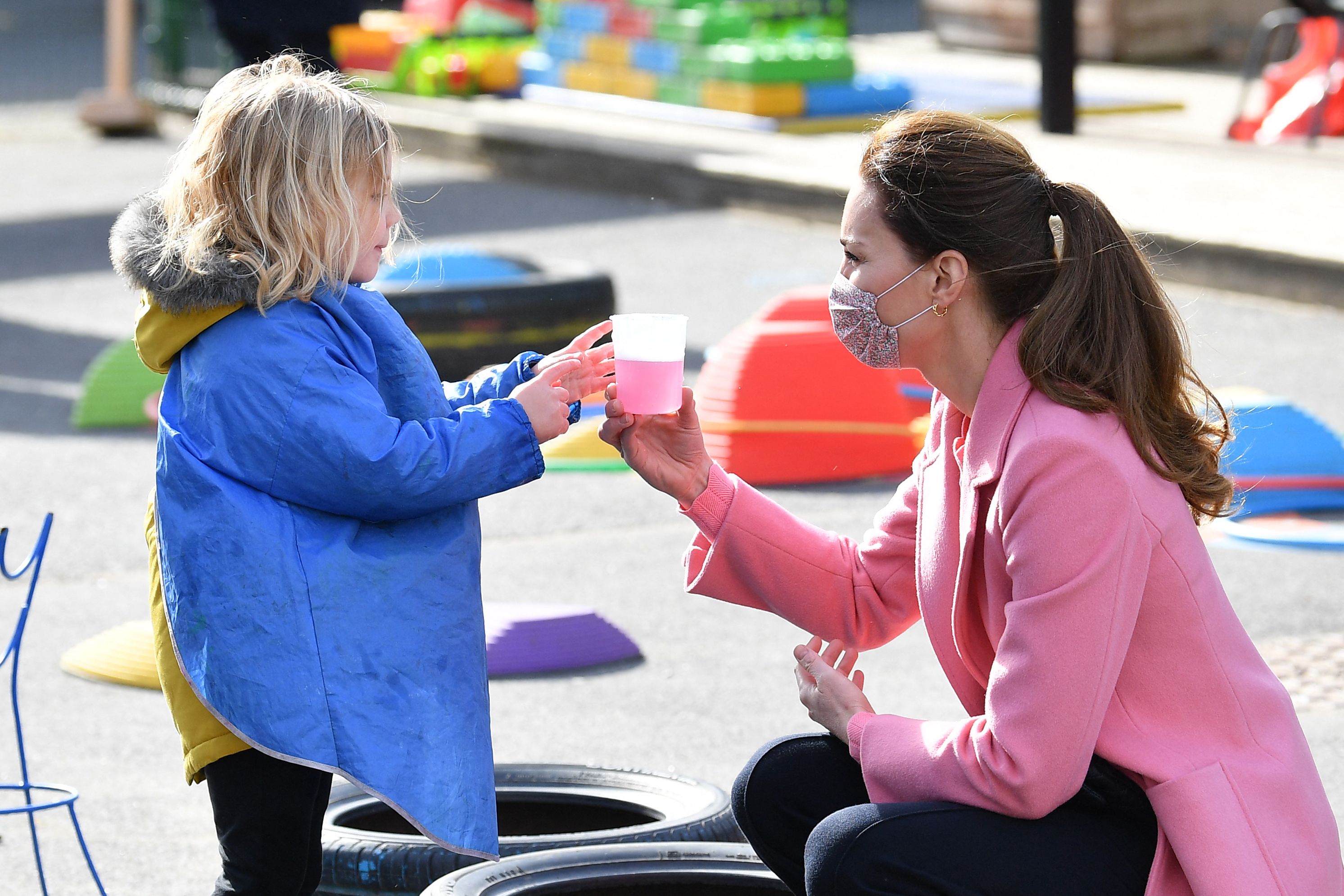 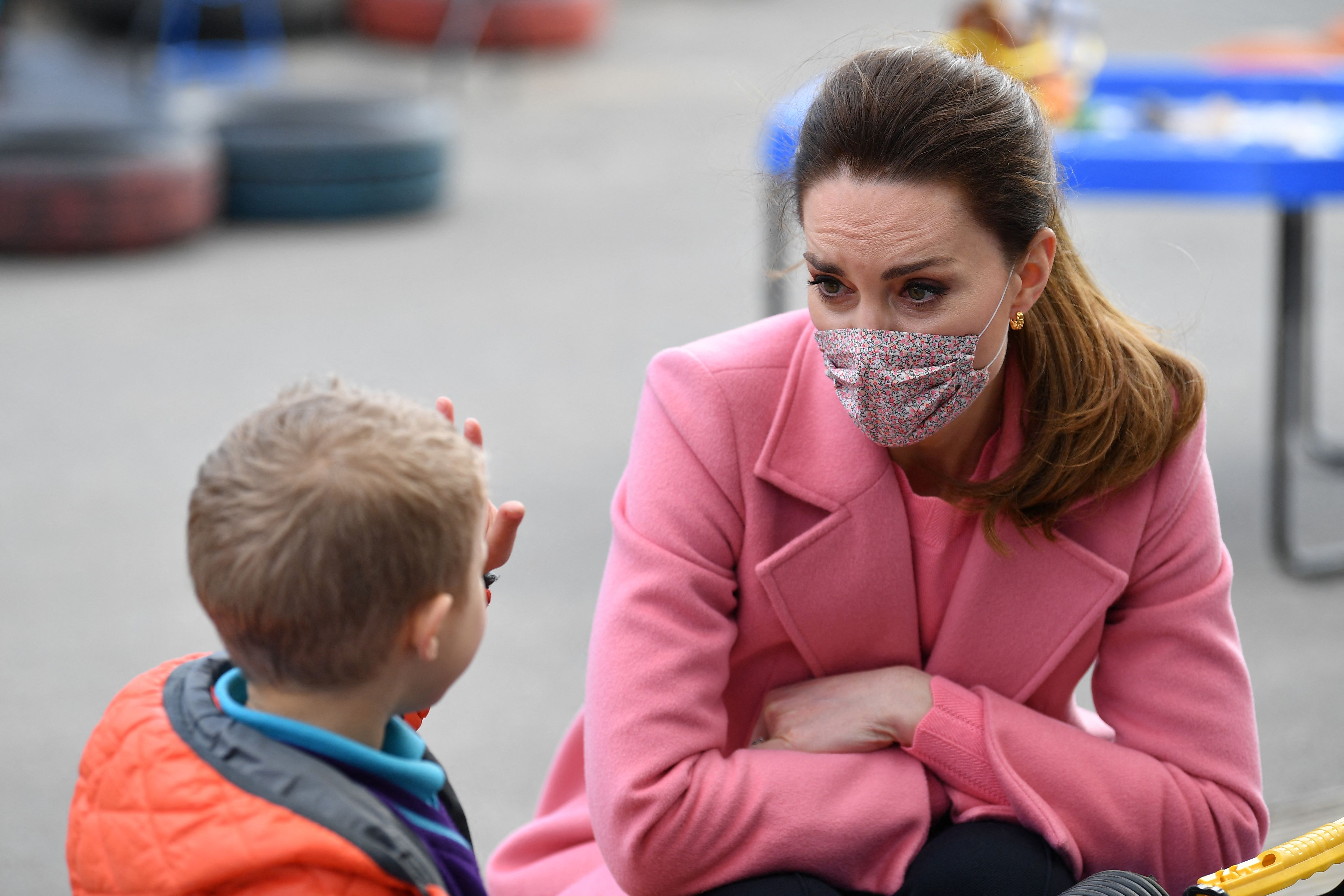 Oprah later revealed the senior royal who made the comments wasn't either the Queen or Prince Philip, who currently remains in hospital after undergoing heart surgery.

The chat show queen told CBS This Morning: "He did not share the identity with me but he wanted to make sure I knew, and if I had an opportunity to share it, that it was not his grandmother or grandfather that were part of those conversations.

"He did not tell me who was a part of those conversations."

Almost two days after the interview aired, the Queen addressed the allegations with a public statement, which read: "The whole family is saddened to learn the full extent of how challenging the last few years have been for Harry and Meghan.

"The issues raised, particularly that of race, are concerning.  Whilst some recollections may vary, they are taken very seriously and will be addressed by the family privately.

"Harry, Meghan and Archie will always be much loved family members."

It's understood the monarch has now taken control of the situation and will reach out to Meghan and Harry personally. 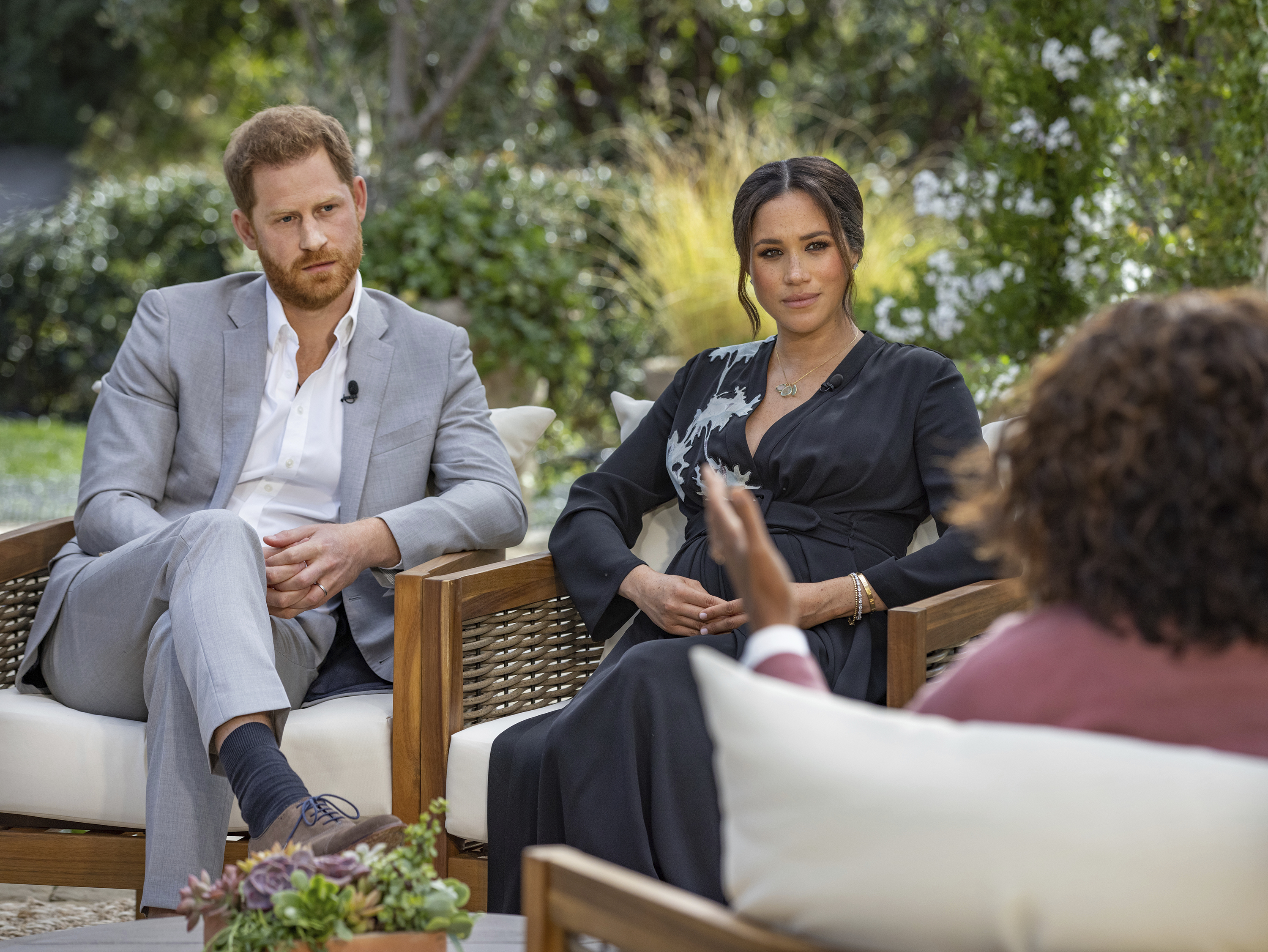 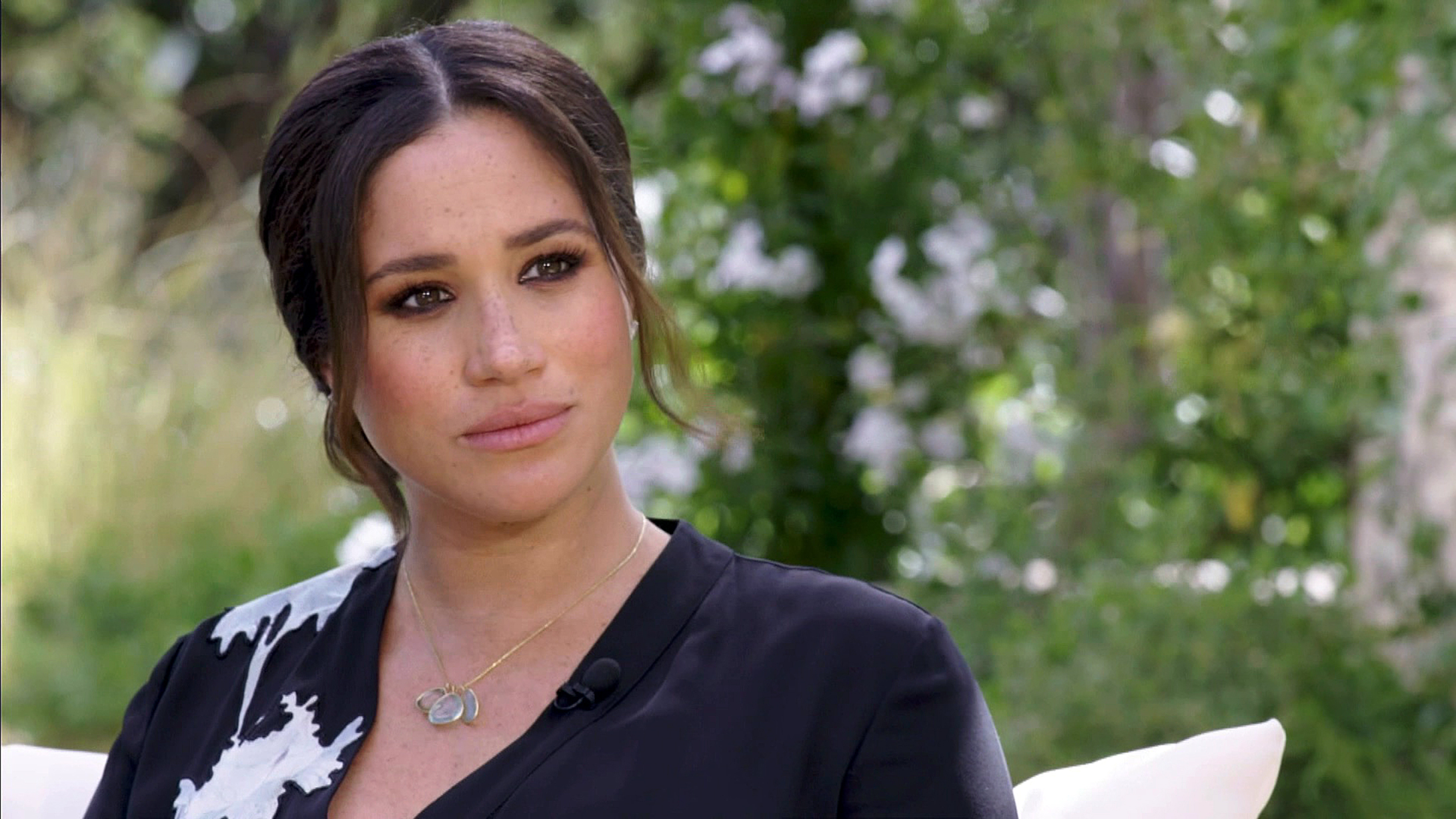 But William is said to be "beyond livid" by the interview.

During the chat, Harry said he feels let down by his family – and is barely speaking to his brother.

He claimed his father Charles stopped taking his calls after Megxit and was financially cut off by the Royal Family last year.

He said there was a "lot of hurt" between him and his dad – but insisted he had not “blindsided” the Queen when announcing he and Meghan were stepping back as senior working royals.

He also discussed his relationship with William, saying he loved him "to bits" but he and the future king were "on different paths".

But he said he believes William and Charles are "trapped" by the monarchy.

The 36-year-old dad said: "I myself was trapped as well, I didn’t see a way out.

"I was trapped but I didn’t know I was trapped. My father and my brother – they are trapped. They don't get to leave and I have huge compassion for that."

On Tuesday, Prince Charles was asked about the interview as he was seen for the first time since it aired.

When asked by a reporter what he thought of the chat, Charles, who was visiting an NHS vaccine centre in London, gave a nervous chuckle and carried on walking.

But according to a friend of the prince, Charles was “in a state of despair” before the conversation was screened, Vanity Fair reports.

EVERY 90 minutes in the UK a life is lost to suicide.

It doesn't discriminate, touching the lives of people in every corner of society – from the homeless and unemployed to builders and doctors, reality stars and footballers.

It's the biggest killer of people under the age of 35, more deadly than cancer and car crashes.

And men are three times more likely to take their own life than women.

Yet it's rarely spoken of, a taboo that threatens to continue its deadly rampage unless we all stop and take notice, now.

That is why The Sun launched the You're Not Alone campaign.

The aim is that by sharing practical advice, raising awareness and breaking down the barriers people face when talking about their mental health, we can all do our bit to help save lives.

Let's all vow to ask for help when we need it, and listen out for others… You're Not Alone.

If you, or anyone you know, needs help dealing with mental health problems, the following organisations provide support:

Hundreds of fat children should be given NHS weight-loss ops to reverse diabetes, leading medic claims