A RACETRACK owner was ripped for selling "Bubba Rope" after the Bubba Wallace and Nascar noose incident.

The offer came after the FBI conducted an investigation to see if a tied rope that resembled a noose was found hanging in Nascar driver Wallace's stall in Alabama. 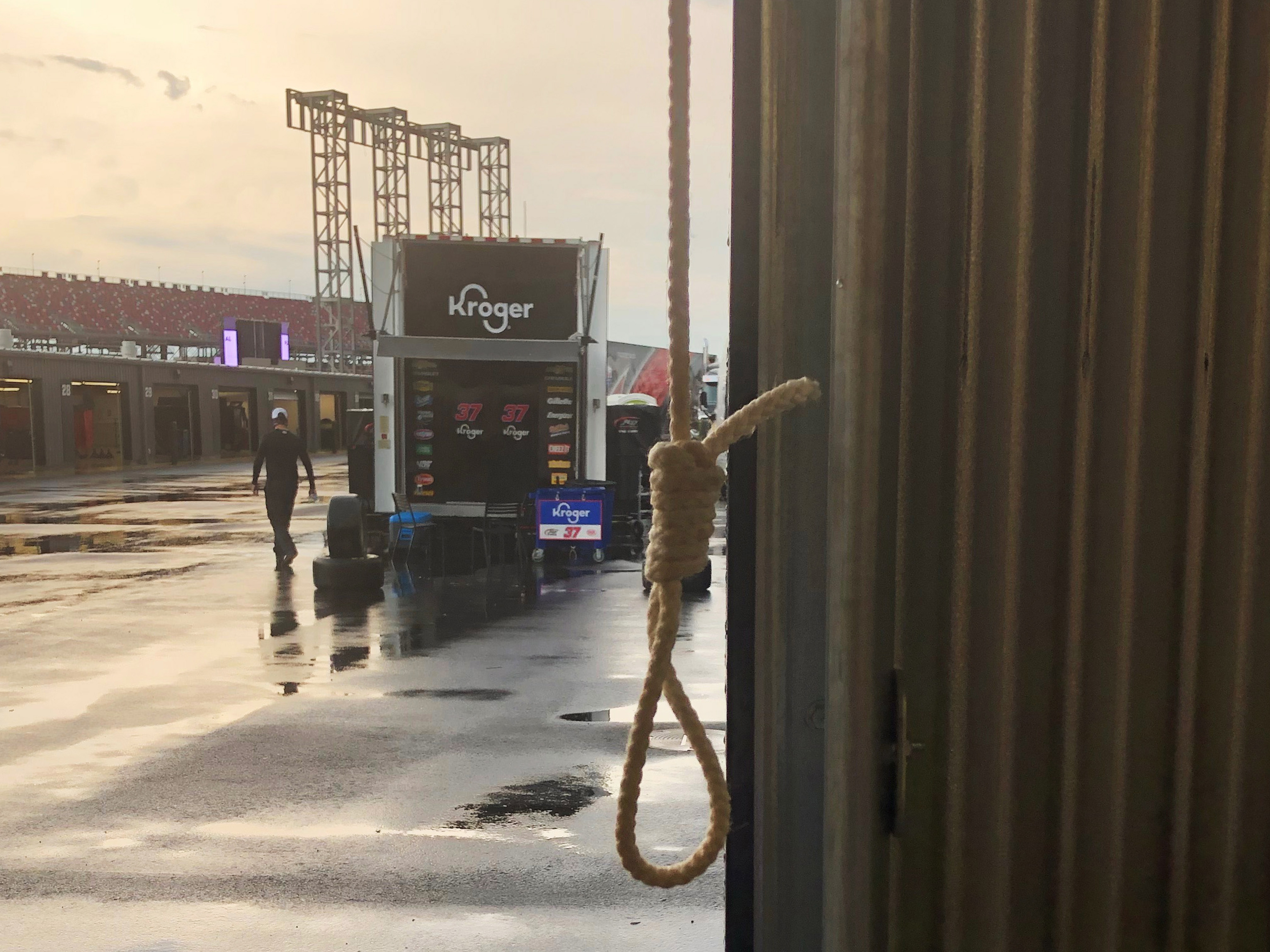 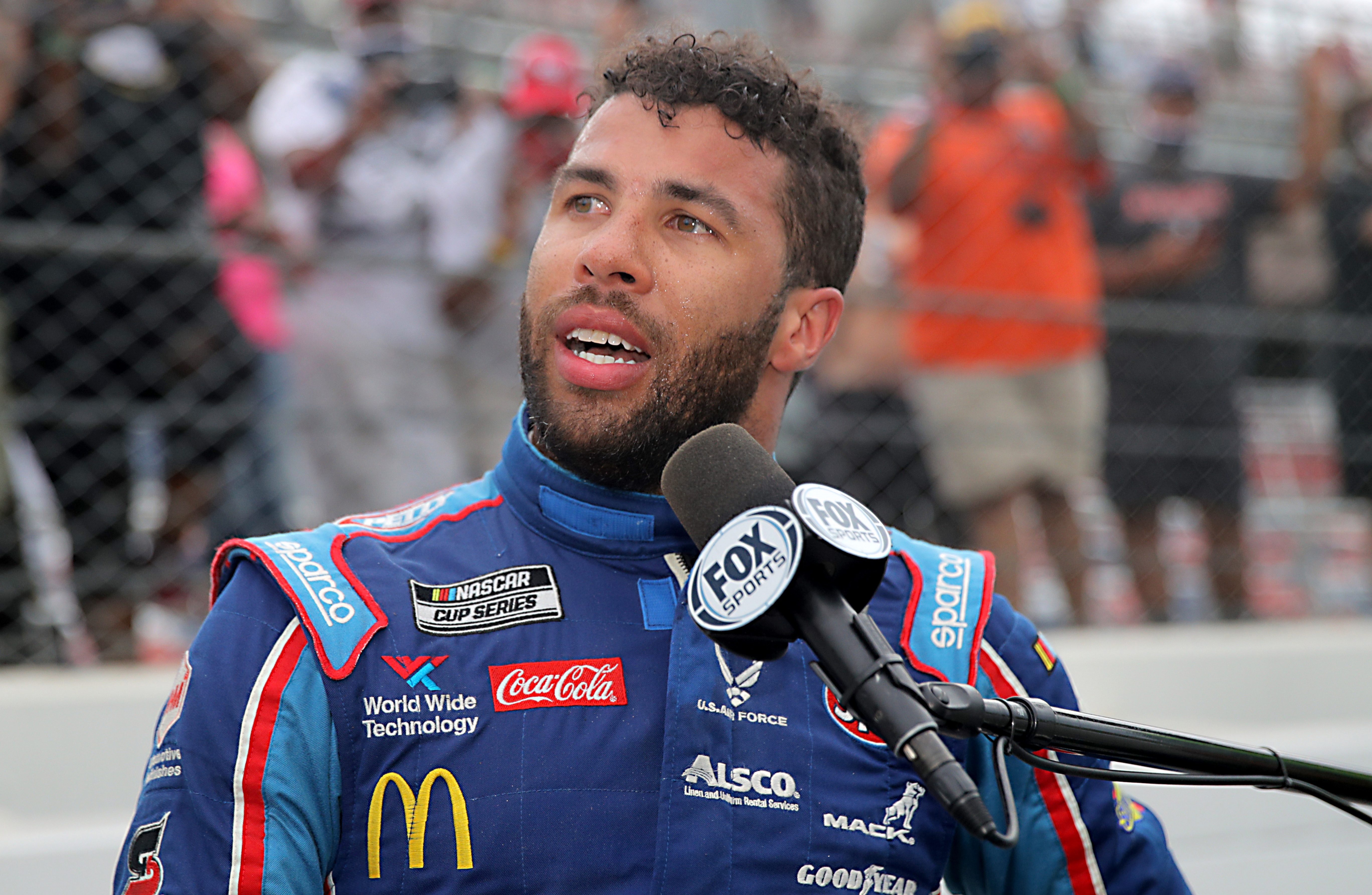 Wallace is the only Black Nascar driver, and has been an advocate for the Black Lives Matter movement.

“Buy your Bubba Rope today for only $9.99 each, they come with a lifetime warranty and work great," the post said.

The ad was taken down by midday Thursday, WBTV reported – but the post was swiftly criticized.

"This incident of racism is horrific and shameful,'' Ford Porter, a spokesperson for Gov. Roy Cooper said. 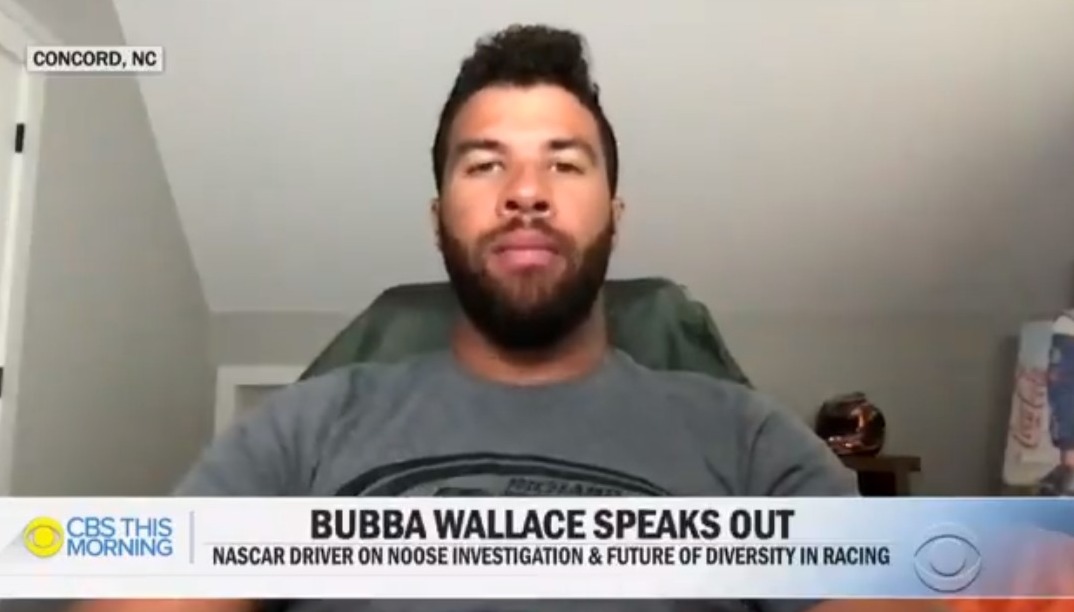 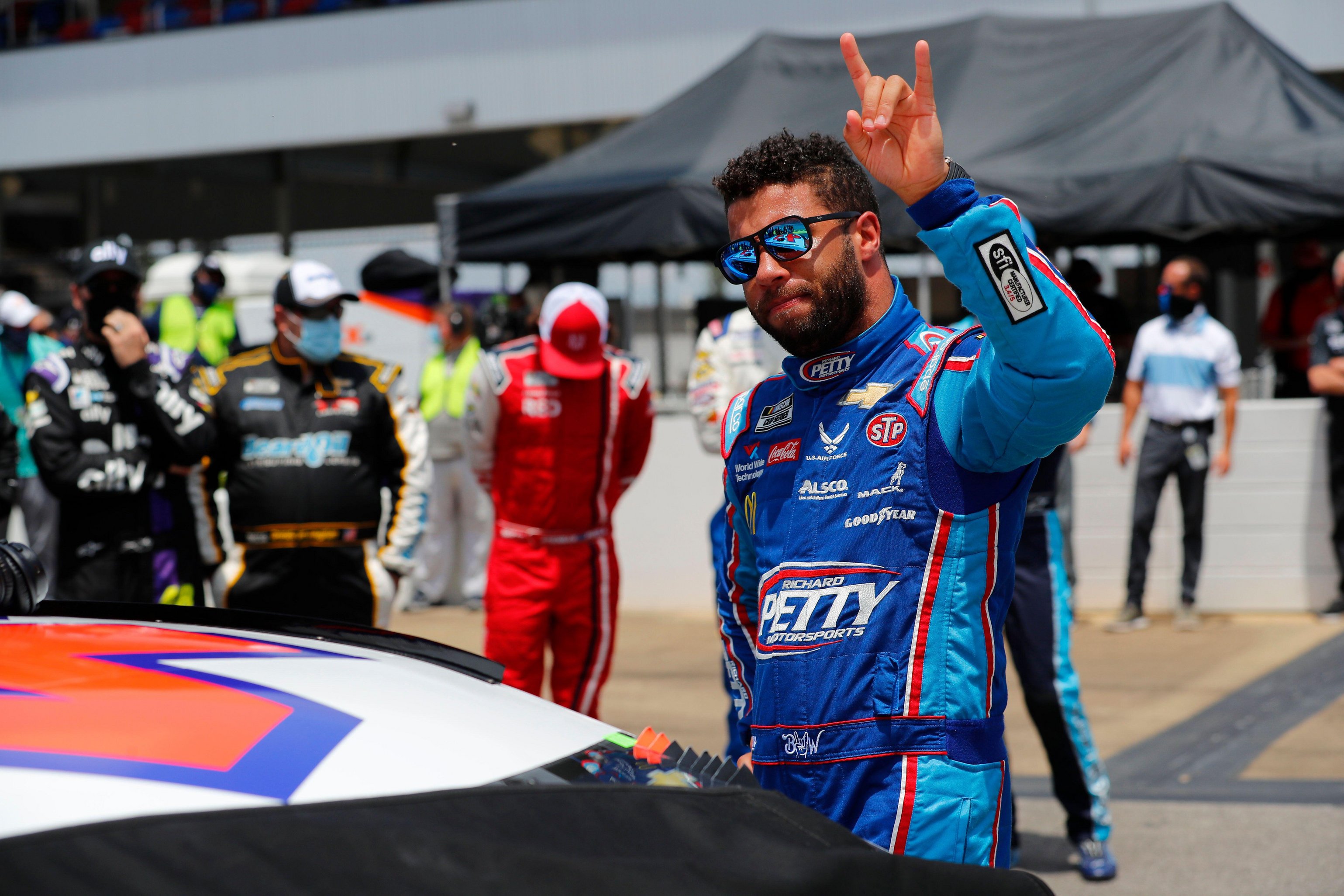 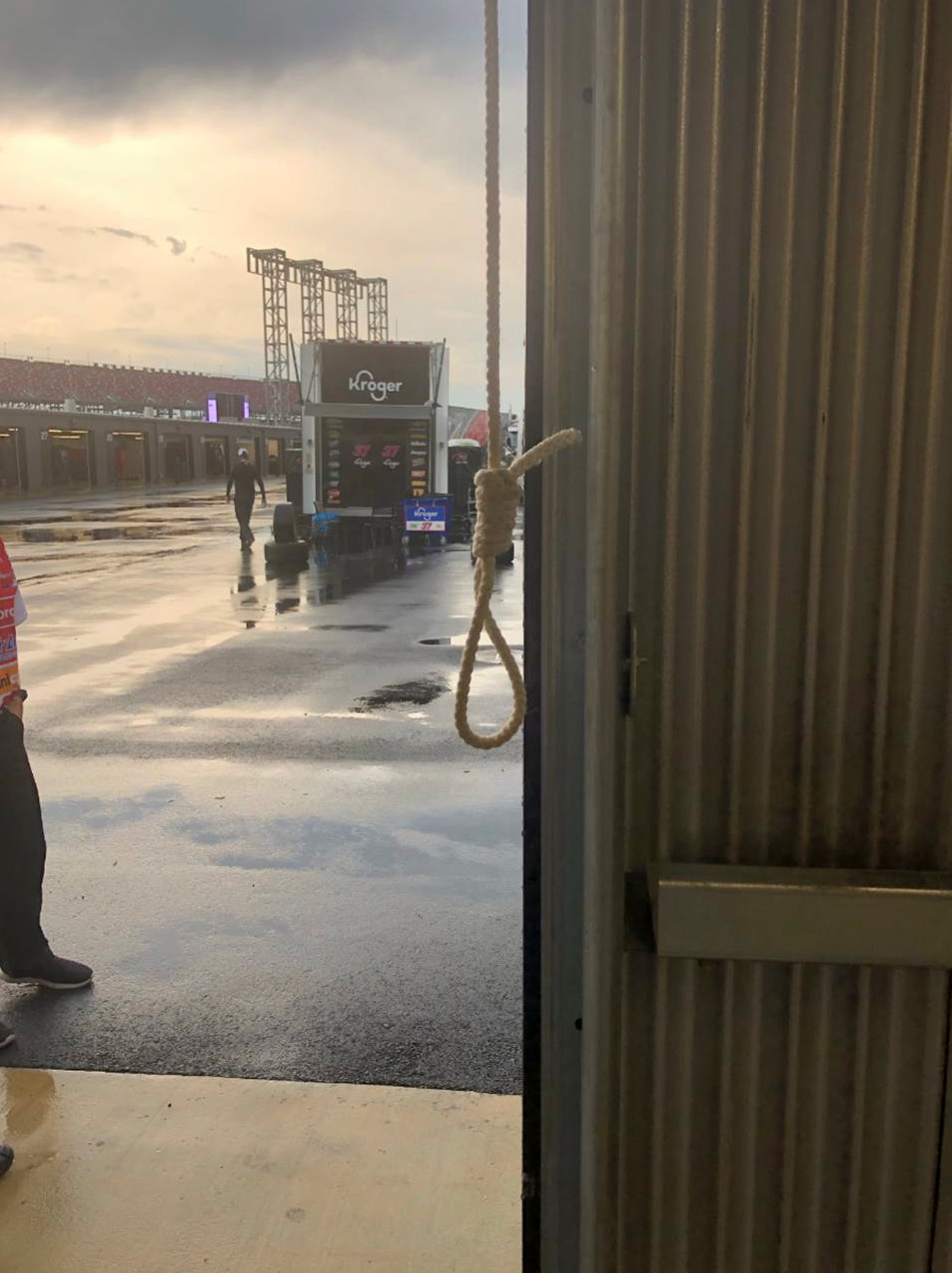 He added: "This is not the time for comments like this, just causing unnecessary tension.''

On Thursday, Nascar released pictures of the garage pull "noose" that was found in the stall at Talladega Superspeedway.

Wallace previously said he was the target of a hate crime.

After an investigation, the FBI concluded the rope had been hanging since as early as last year, before Wallace's team arrived.

The rope was not placed as a hate crime, authorities concluded. 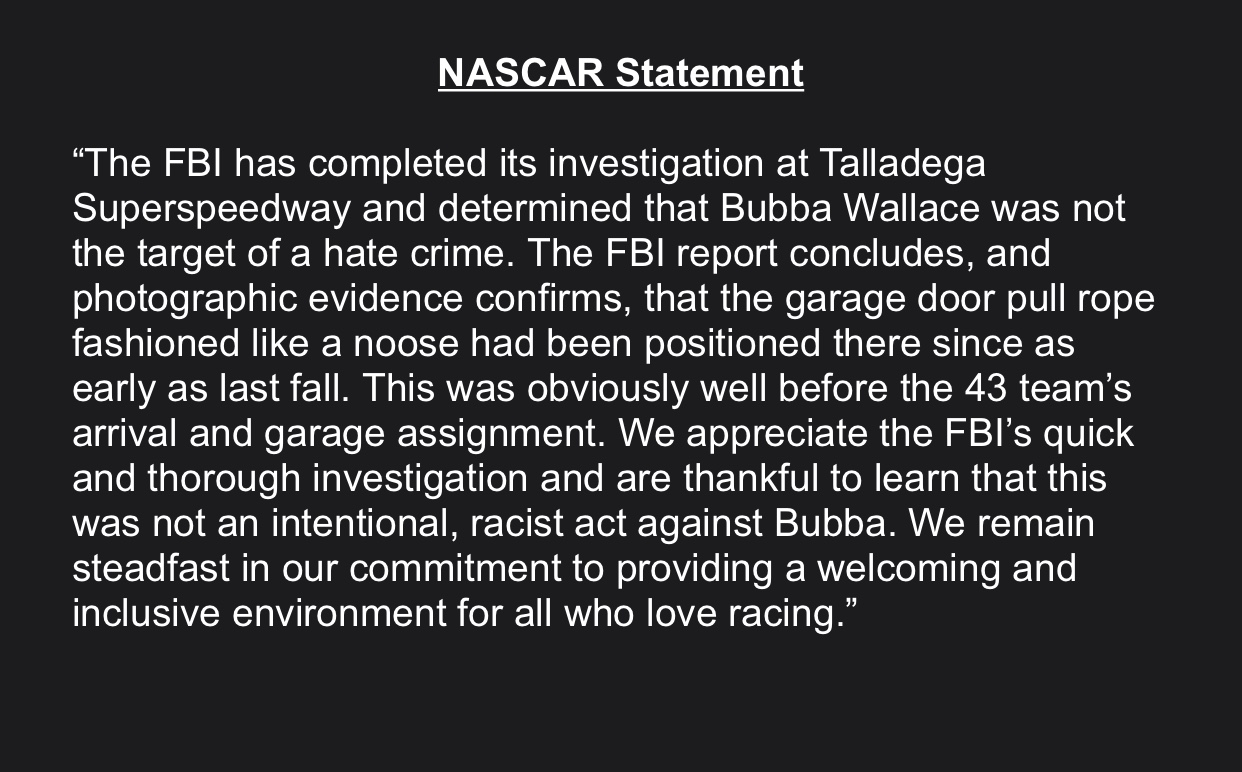 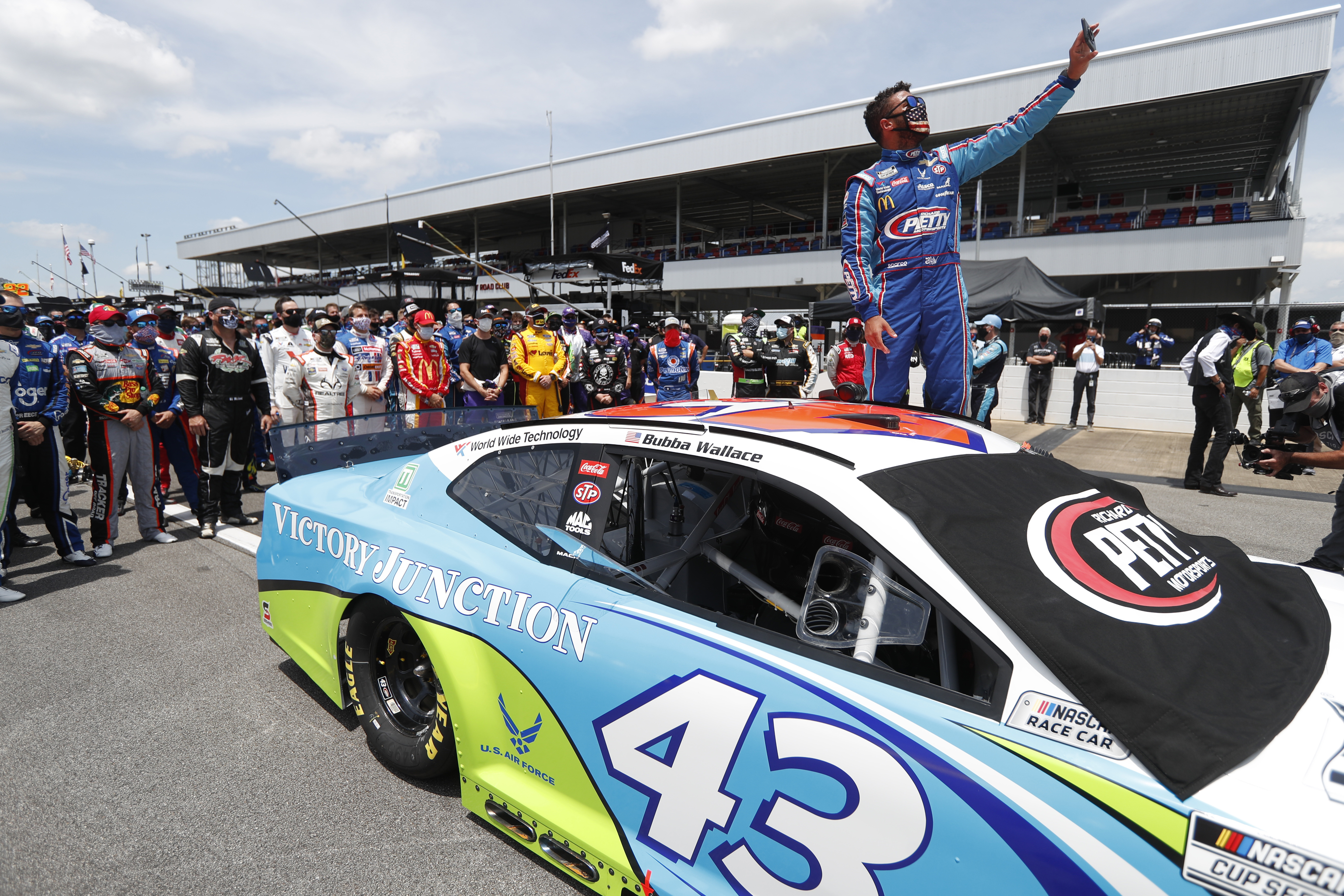 Nascar released a statement announcing the "garage door pull rope fashioned like a noose had been positioned there since as early as last fall."

"This was obviously well before the 43 team's arrival and garage assignment," Nascar said.

Nascar added they were thankful the discovery "was not an intentional, racist act against Bubba."

"We remain steadfast in our commitment to providing a welcoming and inclusive environment to all who love racing," Nascar added.

Following the investigation, Wallace said he was "relieved."

"…First off, I want to say how relieved I am that the investigation revealed that this wasn't what we feared it was.

"I want to thanks my team, Nascar and the FBI for acting swiftly and treating this as a real threat.

"I think we'll gladly take a little embarrassment over what the alternatives could have been…" Wallace said.

The incident came amid ongoing protests over the death of George Floyd.

Protesters across the nation have shown support for the Black Lives Matter movement, as they call for an end to systemic racism.

Baby, 1, and toddler brother, 3, die in hot car after ‘climbing into vehicle on their own’

'Real Housewives of Atlanta': Who Is the Richest Season 13 Cast Member?