New Zealand's looming referendum on legalising cannabis could have a significant impact on drug law reform in Australia, according to Harm Reduction Australia, and could even trigger marijuana tourism when borders between the two countries reopen.

New Zealanders will be asked to vote in two referendums on October 17, in addition to choosing whether to return Jacinda Ardern's Labour government to power or vote for the National Party, led by Judith Collins. The second referendum will ask if assisted dying should be legalised for the terminally ill. 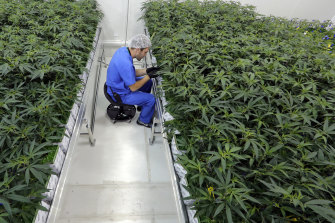 Medical marijuana is legal in Australia and New Zealand and pot was decriminalised in the ACT under strict conditions on January 31. But legalising the growing, sale and consumption of the drug for recreational use in NZ would represent a significant expansion of the drug's availability.

Gino Vumbaca, the president of Harm Reduction Australia – which advocates for drug law reforms – said his organisation was watching the events closely and was in regular contact with their counterparts at the NZ Drug Foundation.

"It will have an impact here [if the yes vote succeeds] because of the close ties between the two countries. If they move down a pathway that we think is fairly sensible, it will raise the need to review what we are doing here," he said.

"At the very least we hope it sparks some discussion about what we are actually doing with our drug laws. New Zealand may also end up attracting more Australian tourists too." 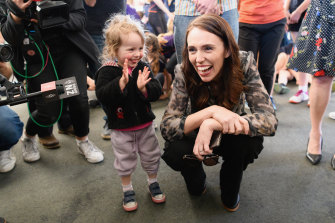 Under the proposed legislation, which would be brought to Parliament if the 'yes' vote succeeds, it would become legal to grow your own cannabis or to buy up to 14 grams of dried cannabis per day from a licensed dealer.

Consumption would have to take place in the home or at licensed premises – which would also be licensed to sell food.

The legal age for purchase and consumption would be 20, and users could share cannabis with friends but would not be allowed to send it by post or sell it to others.

Aaron Ironside, the spokesman for the Say Nope to Dope campaign, said his organisation supported medical marijuana and recent legal changes to the Misuse of Drugs Act. It instructed police to focus on people who sold and distributed the drug, rather than casual users.

The organisation opposed the legalisation because it did not protect young people who were particularly vulnerable to the health risks posed by the drug.

Cannabis does cause harm … Why do we think that organised crime is better placed to manage cannabis?

"It doesn't stop them [young people] from buying on the black market – therefore the law doesn't accomplish its goal," he said.

That's because, Ironside said, the proposed tight regulations on the profit a grower or seller could make from a $20-gram of the drug – and harm minimisation tax that would be imposed – mean it would still be more profitable to sell it on the black market.

"14 grams a day is a lot. It's like saying we are going to control alcohol consumption by limiting people to three bottles of vodka per day."

The executive director of the NZ Drug Foundation, Ross Bell, said the current prohibition on the drug had simply not worked and "it's time for a different approach".

"We are convinced the law will protect public health much better than leaving cannabis in the hands of organised crime. Cannabis does cause harm and we know particularly that harm falls heavily on young people. Why do we think that organised crime is better placed to manage cannabis?" he said.

"The law we are voting on is all about protecting young people. One of the problems with prohibition is it criminalises people and it also puts up a barrier to people seeking help as it becomes a criminal issue."

Polling on the referendum outcome is not definitive but it indicates the move to legalise the drug could be defeated.

Four polls conducted in the last two years by respected pollster Colmar Brunton has found the 'no' vote attracting between 49 and 52 per cent support, while 'yes' had 39 to 43 per cent support. Approximately 7 to 11 per cent of voters were undecided.

However, polling by Research New Zealand has suggested the contest is closer, while a poll taken in late August by Horizon research commissioned by medicinal cannabis company Helius Therapeutics, showed the electorate was evenly split at 49.5 per cent support for each side.

Ironside was cautious about predicting the referendum outcome saying "the indications are the message is out there and getting through, and we hope New Zealanders make the right decision".

Bell, for his part, was similarly cautious and added that "every vote counts, including from the many Kiwis living in Australia who can vote. We hope they can shape a better New Zealand too".

Danica Patrick Opens Up About Her Hopes and Plans for 2021

Julianne Hough & Brooks Laich Are ‘Hoping’ to Reconcile, Working on ‘Being Open & Respectful’