The Health Secretary last night conceded that secondary schools in England may not fully reopen in September – with ministers also expected to row back on their pledge to give primary children a month in classes before summer break.

Matt Hancock said at the Downing Street briefing yesterday that it was still ‘our current working plan’ that secondary schools in England will not open until September ‘at the earliest’.

But he admitted the government still need to ‘work out’ how this could be achieved ‘safely’ and that it was going to require ‘ingenuity’.

Children in England began returning in a phased process last week, with Reception, Year 1 and Year 6 pupils heading back first.

Asked at the evening press conference whether the Government thought schools would be reopen in September, Mr Hancock said: ‘Our current working plan is secondary schools won’t open until September at the earliest. 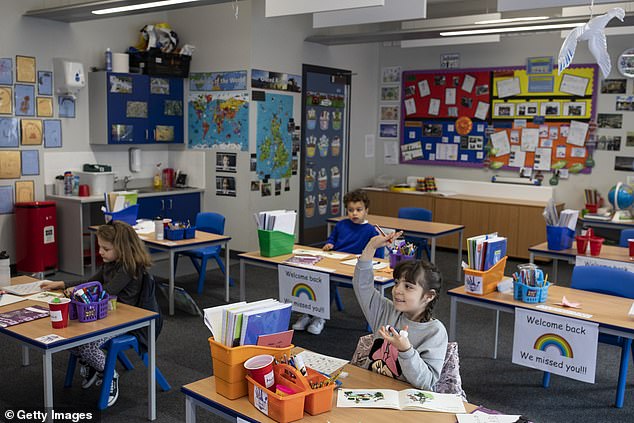 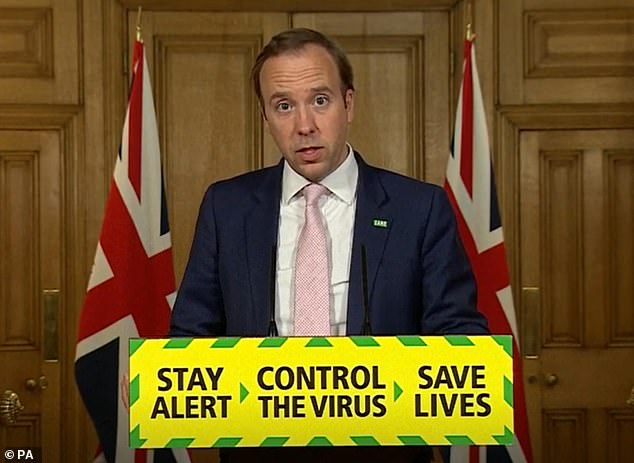 ‘I very much hope that they can because the impact on children’s education is so significant.

‘But what we have to do – not only in schools, but right across the board – is work out how we can get the other things that matter going.

‘Like schools, like hospitality, like retail. And get them going safely and carefully, in a way that doesn’t lead to the spread of the virus, and that is going to require ingenuity.’

Boris Johnson will speak with his Cabinet on Tuesday morning before Education Secretary Gavin Williamson delivers a statement to Parliament on the wider reopening of schools.

The Department of Education said it remained the ‘ambition’ for all primary school children to return before the summer holidays. 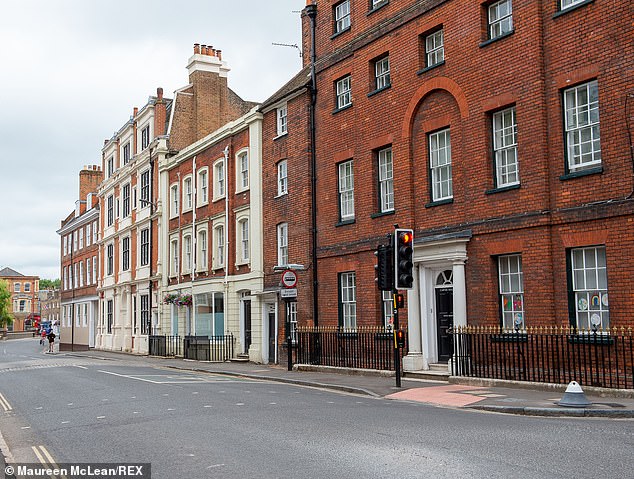 But last night there were indications the government was moving away from its pledge to have all primary schools open by the end of June so children can get at least one month’s education before summer break.

A senior source at the Department for Education told The Sun: ‘Some schools don’t have enough space – we have always said we will listen to schools so we are likely to step back a bit on that.

‘Some schools are bigger so are able to split kids up. But we understand not all will be able to do this.’

With the number of new deaths falling to the lowest reported since lockdown began, Mr Hancock said plans to further ease restrictions including the reopening of non-essential shops from Monday could go ahead.

‘When you look across the board, it is clear that coronavirus is in retreat across the country,’ he said, as deaths linked to Covid-19 reached nearly 51,000.

But with the phased reopening of England’s schools having begun last week, he acknowledged older pupils could still face months without attending class. 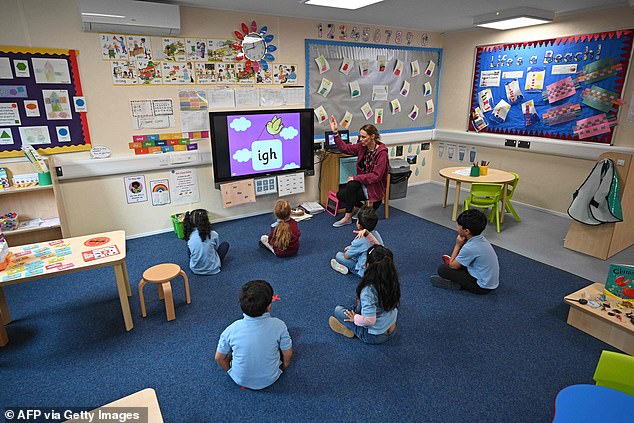 In a reception classroom, children sit apart from each other on a carpet where crosses have been marked out for them to sit on, in a teaching environment safe from Coronavirus for pupils and teachers at Brambles Primary Academy in Huddersfield, northern England last week

Currently children are placed in ‘protective bubbles’ of no more than 15 children per class at primary school to help prevent the spread of this disease.

But this often requires using additional classrooms or different areas of the school, with some facilities not able to find enough space to fit all their pupils in.

Mr Hancock has also unveiled plans for pupils and teachers across England to receive coronavirus testing to monitor the spread of the disease as classes resume.

With approval from parents and guardians, children will be tested to see whether they have Covid-19 or have had an infection in the past under the surveillance programme.

Mr Hancock is aiming to have up to 100 schools tested across England by the end of the summer term, with around 200 staff and children involved at each of those schools.

Robert Halfon, the Conservative chairman of the Education select committee told the Telegraph he was very concerned about the lack of teaching for children from disadvantaged backgrounds.

He said: ‘Eighty-five per cent of disadvantaged children are not learning. A survey of 900 headteachers said that possibly 700,000 children are possibly not doing schoolwork.

‘This will mean [they have missed] half the school year, and it could set these children back by many many months. This is going to have a massive impact on children.

‘It is incredibly tough for parents who may need to go back to work and will have real difficulties in terms of child care.’

Labour’s shadow health secretary Jonathan Ashworth warned many fear Mr Johnson ‘is starting to throw caution to the wind’, with worries that the economy is being crippled.

Mr Hancock said that the R rate of transmission for Covid-19 remains below the crucial level of one, above which it would spread rapidly again, in every region of the country.

Vivica A. Fox Is Back With Another Lifetime Movie About Conniving Men