Solicitor who joked about novichok during an interview with a Russian speaker didn’t get the job – but won £13,000 compensation after claiming he was turned down because he was too old

A solicitor who was refused a job at a law firm because he was too old has won £13,000 compensation despite cracking a ‘joke’ about his Russian-speaking interviewer poisoning him with Novichok.

Raymond Levy told senior lawyer Maria Udalova-Surkova: ‘I hope you are not going to poison me,’ before she interviewed him for a position at Cheshire-based law firm McHale Legal Ltd, in the wake of the Salisbury Novichok poisonings in March 2018.

The firm, which at the time had ‘a lot of Russian clients,’ subsequently turned him down for the job and Mr Levy, then 57 and now 59, took them to an employment tribunal. 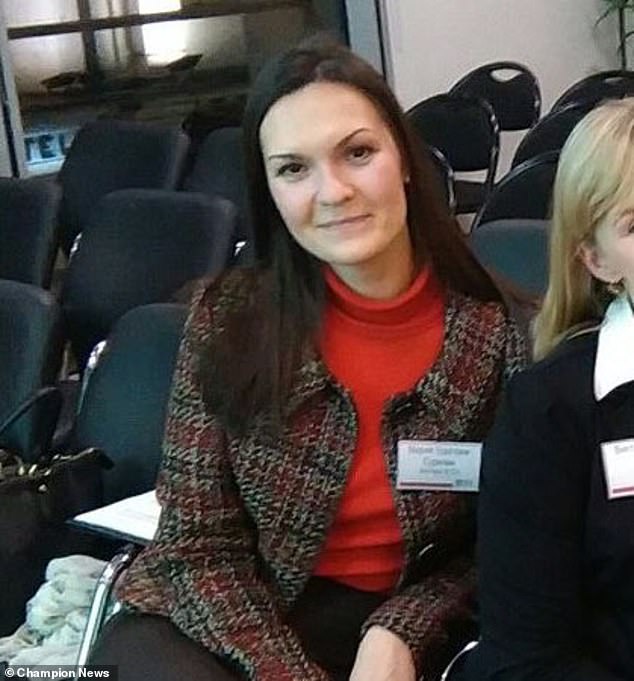 Mr Levy told senior lawyer Maria Udalova-Surkova (pictured): ‘I hope you are not going to poison me’ just days after the poisoning of Sergei Skripal and his daughter in Salisbury in March 2018. But Mr Levy took them to an employment tribunal after they turned him down for a job as a solicitor even though he was the only candidate

The lawyer, who had a long career behind him working mainly for firms in London and the home counties, accused McHale of age discrimination, pointing out that he had been the only applicant for the job, but had not got it.

Instead, he received an email saying the firm had decided to look for a lawyer with between three and five years’ post qualification experience.

The firm had originally advertised that they were looking for a commercial property solicitor with more than five years’ experience.

The new criteria would have ‘excluded’ the ‘vast majority’ of solicitors aged 40 or over from applying for the job, employment judge Sharon Langridge found.

She found that, although Mr Levy’s ‘remark about poisoning may not have endeared him to Ms Udalova-Surkova,’ his age was ‘the principle reason’ he was turned down.

She pointed to notes from an internal board meeting which stated his wage level as an older and more experienced solicitor made him ‘too expensive’ and went on to order the firm to pay him £13,187.83 compensation, including £4,000 for ‘injury to feelings’.

The judge said that Mr Levy, who was admitted as a solicitor in 1985 at the age of 24, had attended an interview on 7 March 2018 at one of McHale’s offices in the north- west, after seeing an advert for a vacancy in the Law Society Gazette.

Explaining the Novichok incident, the judge said: ‘Before the interview started, Mr Levy was in the firm’s reception area and accepted the offer of a drink. 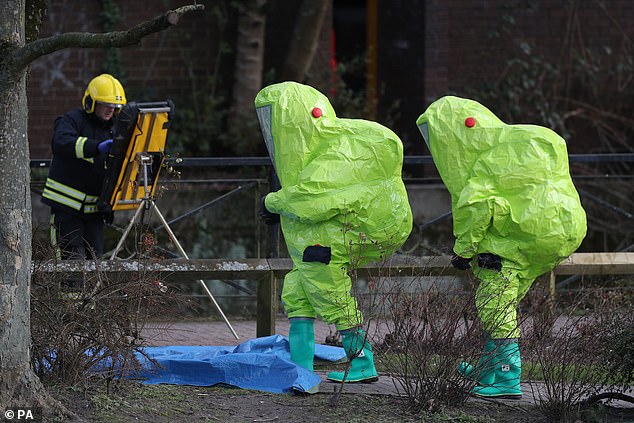 Mr Levy’s interview came at the time of the poisoning in Salisbury of Russian Sergei Skripal and his daughter Yulia. Pictured: Crime scene investigators walk in hazmat suits in the town

‘The television in reception was showing the news and there was a report about the Novichok poisoning in Salisbury.

‘As Ms Udalova-Surkova greeted Mr Levy to take him downstairs to the room where the interview was going to take place, he made a comment to the effect of, “I hope you aren’t going to poison me.”

‘He did not make reference to her Russian nationality and was not directing the remark at her personally, but was prompted to make what he saw as a joke by the news report.

‘Ms Udalova-Surkova was taken aback by the comment but said nothing in response and the interview went ahead without further reference to it.

‘Mr Levy (was) interviewed, though he was then not offered the position.’

Going on to the age discrimination issue, the judge said: ‘Mr Levy asserted that this was direct discrimination in that the firm rejected him because he was too old and they wanted a younger candidate.

‘The firm undoubtedly did not offer Mr Levy the job he applied for and so the heart of the case revolved around the question: if there was less favourable treatment, what was the reason for it? In particular, was that reason discriminatory?

‘Mr Levy’s remark about poisoning may not have endeared him to Ms Udaloza-Surkova, but it did not represent an obstacle to his appointment.

‘(The firm) expressed some concern about Mr Levy’s remark about poisoning, as if to suggest that the comment had factored in their reasons for not making an offer (but) Mr Levy’s age was the reason or principle reason for the decision not to appoint him.’

A representative of the firm had explicitly stated that ‘the reason the firm did not employ him was nothing to do with his remark before the interview,’ the judge said.

‘The tribunal felt that the respondent firm has little understanding or awareness of discrimination legislation,’ the judge said, criticising the firm’s ‘lack of formal training in diversity and equality issues’ and ‘complacency and its aggressive defence of the claim.’

The firm, which published an employee handbook and equality policy stating ‘everyone is welcome,’ had made ‘threats to report Mr Levy to the Solicitors Regulation Authority’ over his complaints.

The judge said the threats ‘were revealing of an employer which is impervious to the possibility that it may have discriminated, even without appreciating it has done so.’

‘Rather than keep an open mind and negotiate terms with Mr Levy the firm instead deprived him of an opportunity to obtain work at a time when he was unemployed.

How to avoid becoming codependent in your relationship in lockdown

Knicks, not Zion Williamson, the stars of matinee versus Pelicans