A medieval football game played on Pancake Day had to be abandoned after one of the stewards fell ill.

There was no winner of the 821st Atherstone Ball Game on Tuesday after it was abandoned when a long-serving marshal required medical treatment.

The event, held annually since the 12th century in Atherstone, Warwickshire, see hundreds of people grapple for control of a large ball, with the winner being whoever is in possession at the end of a two-hour period. 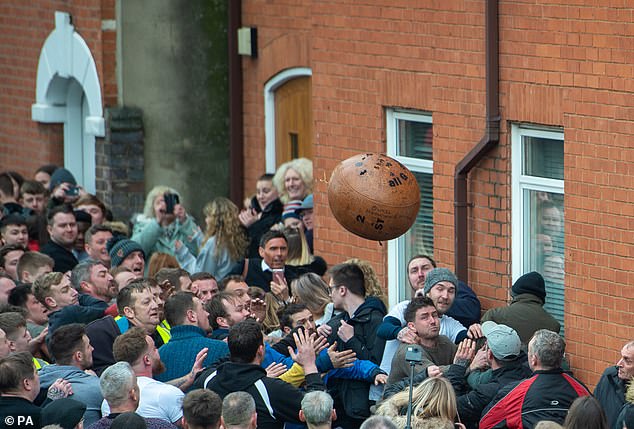 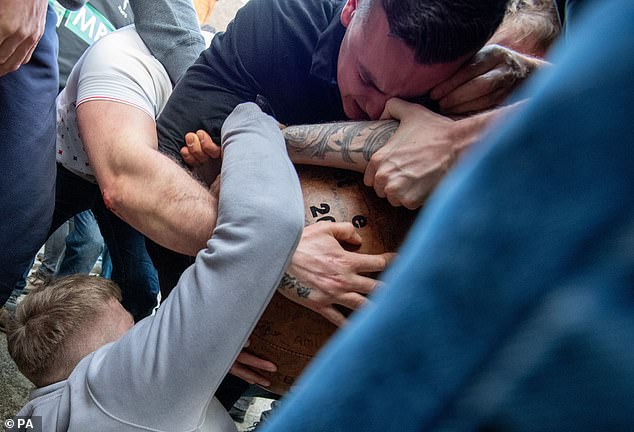 The game, which has been described as the most brutal in the world, has two rules. Participants are banned from killing anyone. The second rule confirms that the winner is the team who holds the ball at the end of the contest 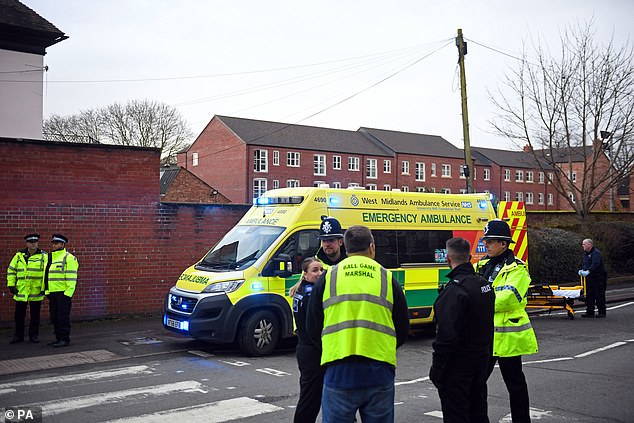 But this year’s Shrovetide contest, which started at 3pm, was halted prematurely after an ambulance was called just before 4pm.

The Ball Game committee decided to abandon the event as police officers, ambulances and an air ambulance attended the scene in the rear car park of the Atherstone Conservative Club.

Following treatment from paramedics at West Midlands Ambulance Service, the marshal was airlifted from the scene in the air ambulance.

Organisers had warned participants they had ‘the eyes of the world on them and 820 years of history at stake’ before it got underway outside Atherstone Conservative Club on Long Street.

Warwickshire Police confirmed there were ‘no suspicious circumstances they are aware of’ that led to the premature end of the game.

Sergeant Neil Pearsall said: ‘The game was abandoned by the event organisers due to a medical emergency and we provided assistance at the time.

‘There are no suspicious circumstances that we are aware of. We are continuing to work with the organisers to understand the circumstances of this unfortunate incident.

‘However, I would like to thank the organisers of the ball game and the Atherstone community for their understanding and support for the family during this time.’ 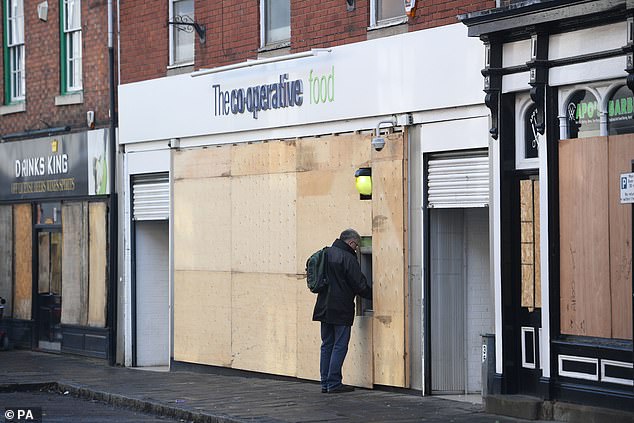 Before the two-hour-long contest, local businesses board up their windows to prevent any of the participants from accidentally breaking a window

The Atherstone Ball Game committee said: ‘[Tuesday saw] the whole community pull together in the most serious situation we could be in.

‘One of our longest serving stewards took ill and was seen to immediately by our first responders.

‘On behalf of the Atherstone Ball Game committee we would like to thank all the team players of the community for you support in this very upsetting situation.

‘He received the best care on site and that is carrying on at the hospital. The town would like to send their love and support to him and his family.

‘Rest assured we will keep you all updated.’

West Midlands Ambulance Service said: ‘We were called at 3.56pm to reports of a medical emergency on Long Street in Atherstone.

‘Upon arrival, crews found one patient, a man, who was in a critical condition.

‘Staff worked quickly to administer advanced life support at the scene before taking him to University Hospital Coventry and Warwickshire by air ambulance for further treatment.’

Guess Who This Goofy Girl Turned Into!

Marcus Rashford says 'this is the England I know' as hundreds of hero cafes, shops and pubs pledge to feed poor kids

Dog who played Stella on ‘Modern Family’ has died