Supermarkets are under pressure to hand back £1.9BILLION after they enjoyed tax windfall due to government’s business rate holiday – despite sales soaring during lockdown

The UK’s largest supermarket chains are set to benefit from almost £2 billion in business rate tax breaks this year despite sales soaring during the pandemic.

It comes after Sainsbury’s and Tesco both paid millions to shareholders in dividend payouts despite accepting state support in the form of business rates relief for the 2020-21 financial year.

The news has sparked criticism from across the political spectrum as pressure to hand the money back to the Government mounts.

At the start of the pandemic, the Chancellor announced a business rates holiday for retail, leisure and hospitality firms until March 2021.

New data compiled by real estate adviser Altus Group projects the UK’s four largest grocers – Tesco, Sainsbury’s, Asda and Morrisons – and German rivals Aldi and Lidl will save around £1.87 billion as a result.

This is set to represent more than one sixth of the total £10.1 billion business rates bill which has been written off for all businesses during the year. 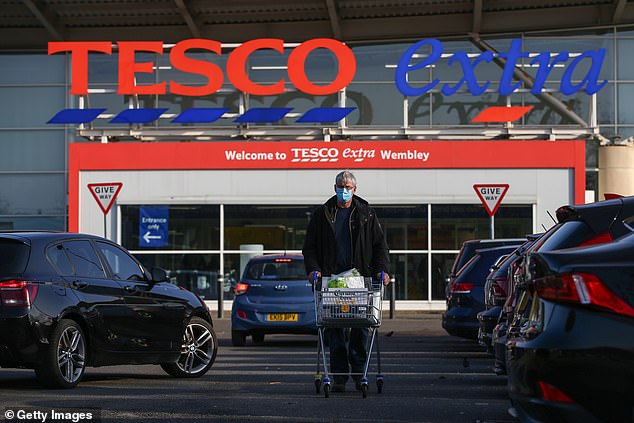 Tesco, the country’s biggest employer and largest grocery chain, is expected to receive a benefit of around £585 million from the tax break, Altus said.

Sainsbury’s is expected to save £498 million from its rates holiday for the year.

Last week, Sainsbury’s said it had received a break worth £230 million for the half-year to September in an update which also saw it reveal plans to axe 3,500 jobs.

However, the company came under fierce criticism as it also declared an interim dividend of 3.2p plus a special dividend of 7.3p for shareholders.

Sainsbury’s said its business rates holiday was more than offset by an increase in costs, due to the pandemic, and added that a large portion of the dividend payout related to trading before the pandemic.

Last month, Tesco paid £315 million in dividends to shareholders despite its own rates windfall.

Meanwhile, budget retail chain B&M is paying its shareholders a £250m special dividend, after a boost in sales during lockdown almost doubled profits in the first half of the year.

Bucking the trend for dwindling profits and shop closures, B&M is opening nine new stores before Christmas this year, with over 30 further more planned before the group’s financial year comes to an end.

Retail analyst Richard Hyman told PA that ‘something doesn’t feel right or smell right’ about dishing funds out to shareholders in the circumstances.

He said: ‘In my opinion, the timing of the dividend announcements just feels like a PR own goal. 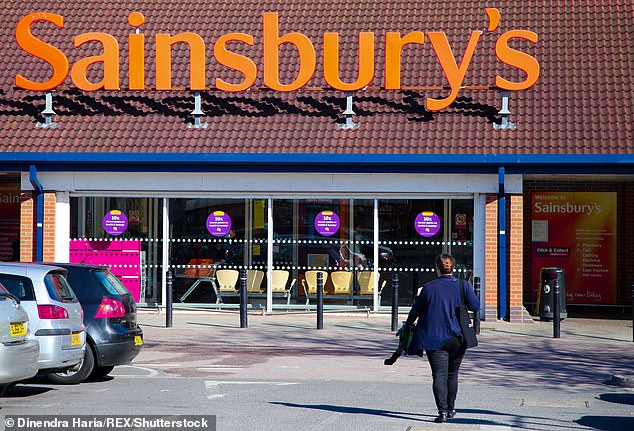 Last week, Sainsbury’s said it had received a break worth £230 million for the half-year to September in an update which also saw it reveal plans to axe 3,500 jobs across its stores

‘Tesco and Sainsbury’s have both paid some dividends related to trading before March which I think is fair, but after that you can question it.

‘Since the pandemic, there has been great public support for the work supermarkets have done and this risks knocking that back.

‘They have also taken on big costs. The shift to online will not help them run profitably, so it is definitely quite a complex issue.’

On Wednesday, the chief of value retailer B&M Bargains, which has stayed open through lockdowns, paid his offshore family trust £44 million in dividends as it saved £38 million through the rates holiday.

Last week, Julian Richer, chief executive of non-essential retailer Richer Sounds, said he was ‘really annoyed’ the grocery chains benefited from the tax break as they also saw ‘queues around the block’.

The figures from Altus show Asda is projected to save £297 million, Morrisons around £279 million, Aldi £109 million and Lidl £108 million, for the year.

Robert Hayton, head of property tax at Altus Group, said: ‘Some parts of the retail sector have managed to thrive during the pandemic and the rates holiday has been the icing on an already very sweet cake.

‘But, with hindsight, did the Big Four need around £1 in every £6 of business rates relief made available?’ 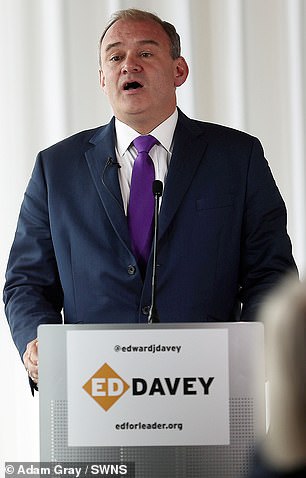 In Wales, the six major supermarkets still had to pay around £78 million for rates for some stores as a result of devolved business rates.

The supermarket chains are now facing pressure from across the political spectrum to hand the money saved through the business rates holiday back to the Treasury.

Sir Ed Davey, leader of the Liberal Democrats, told the Times there was a ‘huge mistake in the design of the business rates holiday’.

He added: ‘The government must have known that sectors without restrictions, such as food retail, would be boosted when others in total lockdown would be hit.

‘These supermarkets really need to look at themselves. Any extra cash should have been given to their employees, many of whom are low-paid, or to their millions of customers who have been struggling during this pandemic.’

Shadow business minster Lucy Powell said: ‘If the public is to have confidence in these measures, ministers must ensure taxpayers’ money supports British jobs.’

QAnon-supporting Republican congresswoman, 33, asks if she can openly carry her firearms on Capitol Hill

Sterling K. Brown Is Raising His Sons 'to Flourish' by Being Themselves

How our four days of Jubilee joy will play out