A teacher who was convicted of murdering seven of her family members is set to become the first woman to be executed in India in 66 years.

Prison authorities in the state of Uttar Pradesh have begun preparations to hang Shabnam Ali, 38, who has been on death row for 11 years.

She was found guilty, along with her lover Saleem, of the brutal killings which happened in the city of Amroha in 2008.

The pair were expecting a child together and had wanted to get married but Shabnam’s family were said to be against the match as he was from a less affluent background.

Now, the couple’s 12-year-old son Taj has made a last-ditch attempt to save his mother’s life, appealing to the state governor, and President Ram Nath Kovind to review a mercy petition and pardon Shabnam. 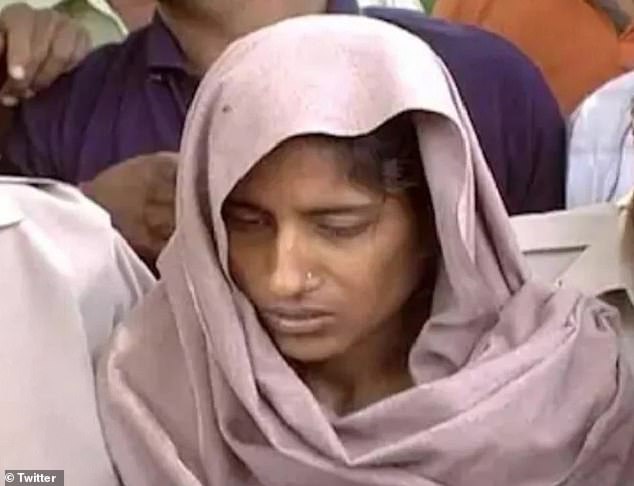 A teacher who was convicted of murdering seven of her family members is set to become the first woman to be executed in India in 66 years. Prison authorities in the state of Uttar Pradesh have begun preparations to hang Shabnam Ali (pictured), 38, who has been on death row for 11 years

Taj was born in jail and has lived with foster parents for the last six years as law does not allow a mother to live with her child in jail beyond the age of six. He made his appeal after visiting his mother at the Mathura prison on Sunday.

‘When I met Ammi (mum) on Sunday, she told me to study hard and be a good human being, no matter whatever I do in life,’ he told Arab News.

‘She asked me not to worry.

‘I hope the respected president of India will not disappoint a child like me and pardon my mother.’

Shabnam and Saleem were found guilty of drugging Shabnam’s father, mother, two brothers and their wives before hacking them to death with an axe, the South China Morning Post reported.

The couple were given the death penalty in 2010, with the ruling going through a number of failed appeals since then.

It was first upheld by Uttar Pradesh’s high court in Allahabad, an appeal to India’s Supreme Court then failed in 2015.

A year later, then-president Pranab Mukherjee rejected Shabnam’s mercy petition, which she had made on the grounds of being a mother to a young child.

In January 2020, the Supreme Court also dismissed her plea for a review of that rejection.

Despite the various failed attempts, there are still some legal options open to Shabnam, Supreme Court lawyer Sarthak Chaturvedi told The Times of India.

‘Shabnam could still seek another judicial review of the petition in the Supreme Court. She could also file a curative petition,’ he said.

However, Shabnam’s trial lawyer, Arshad Ansari, said it was ‘highly unlikely’ her case would be reopened, The Sun reported. 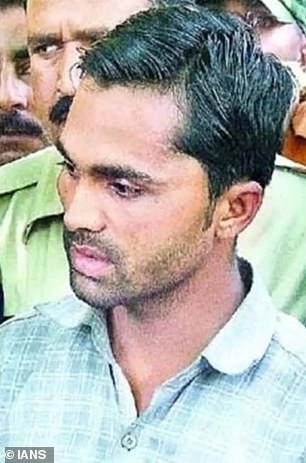 If hanged, Shabnam would become only the second woman to be executed in India since it gained independence from the United Kingdom in 1947.

In 1955, Rattan Bai Jain was hanged for the murder of three girls.

Saleem is also on death row and has had a review petition rejected by the court, the newspaper said.

Usman Saifi, a college friend of Shabnam’s who adopted her son Taj, said that the former teacher is claiming for the first time that she was not involved in the murders.

‘When we met Shabnam on Sunday, she told me that she is not the killer and there should be a proper investigation of the case, Saifi, told Arab News.

‘This is the first time Shabnam has spoken about the case. When I asked her about it in 2008, she kept silent,’ he added.

Local media this week quoted prison authorities in Mathura – the only facility in the country tasked with executing female convicts – as saying they are preparing for Shabnam’s execution.

The date of the hanging has not been confirmed as the Amroha court has yet to issue a death warrant, the South China Morning Post reported.

‘We have placed an order for the rope and are just waiting for a fresh death warrant to execute her by hanging,’ a senior Mathura jail official was quoted as saying in reference to Shabnam.

Reports in local media also suggested that a prolific fourth-generation hangman had inspected the 150-year-old facility and that authorities were in the process of refurbishing the gallows. 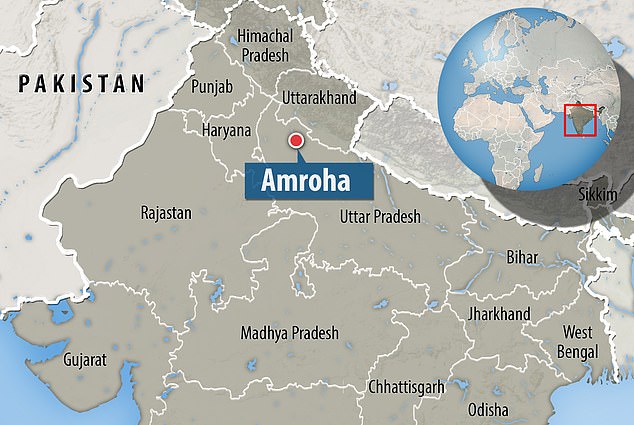 Pawan Jallad is said to make 7,500 rupees (£72.99) a month and was responsible for hanging the killers convicted of the 2012 rape and murder of a student in New Delhi which led to large protests.

While her son has pleaded for forgiveness, surviving members of Shabnam’s family have been less compassionate, with her uncle telling local media that he would not accept his niece’s body following the execution.

‘We were not at home when the carnage took place. When we went there at around 2am, there was blood all around and the bodies were cut up.

‘The crime was unpardonable,’ he said.

Uttar Pradesh, India’s most populous state, has carried out more executions than any other since the country gained independence from the United Kingdom 74 years ago.

According to figures from 2018, the state executed 354 people, considerably more than the next highest of 90 in Haryana state.

That year, India’s courts handed out 162 death sentences – the most in nearly twenty years, according to the South China Morning Post.

RICHARD KAY on Prince Harry and the Greta Thunberg pranksters

Did this Florida man really build a guitar from his uncle’s bones?

Google CEO: 'Work is no longer just a place'

Bad Bunny Offers $5,000 to Young Fan Who Impressed Him With Her Art