NHS Test and Trace is still shelling out more than £1million of taxpayers’ money daily on private consultants.

The figure was published by the UK Health Security Agency weeks after MPs labelled the scheme an ‘eye-watering’ waste of money that is still failing to cut Covid-19 infection rates.

Dr Jenny Harries, chief executive of the UKHSA, which now runs NHS Test and Trace, said in July that there is a ‘very detailed ramp-down plan’ to cut the number of expensive contractors. They are paid £1,100 a day on average. But 1,230 consultants were still employed at the end of October, figures show. That equates to a £1,353,000 daily payout.

NHS Test and Trace was set up in England in May last year to help reduce the spread of Covid. Up to 10,000 of its contact tracers and call handlers have been told they will lose their jobs after managers said there was ‘no money left’, the Sunday Mirror reported. 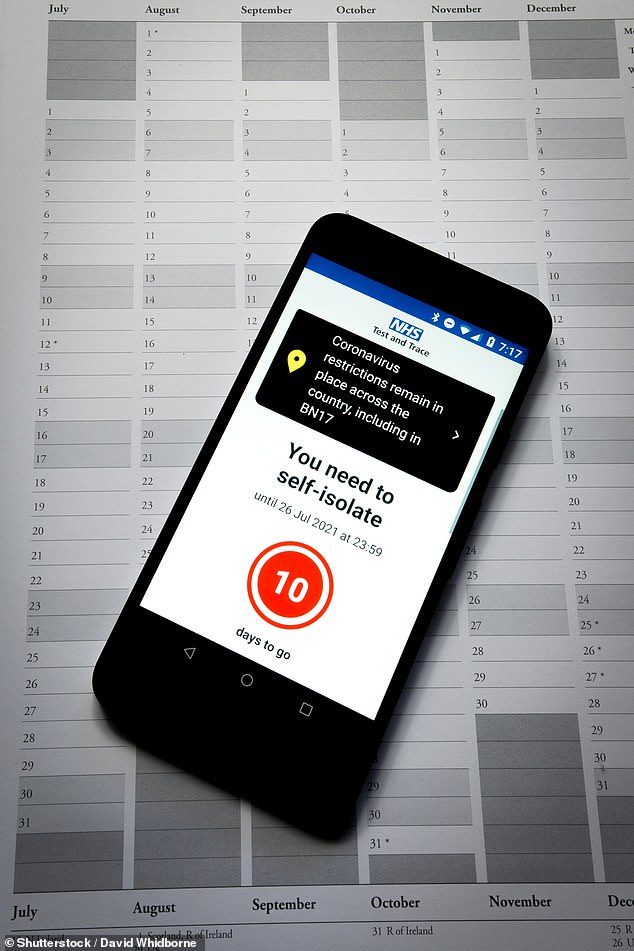 The UKHSA said: ‘We are working to reduce the number of consultants without having a detrimental effect on our health protection services.’

Jonathan Ashworth, the shadow health secretary, told the Guardian: ‘There is no justification for continuing with these highly paid expensive consultants.

‘Ministers should ensure every penny piece of taxpayers’ money is spent wisely on patient care – not blown on expensive management consultants.’

Consultants employed in November last year, when test and trace vowed to curb the number, equated to 51 per cent of total staff.

While the figure has fallen one year later, figures showed that consultants still made up 34 per cent of the workforce in September.

As the UK emerged from the first lockdown, NHST&T was set up last May last year to identify and reduce the spread of Covid-19.

The project was given a £37bn two-year budget, which is equivalent to a fifth of the entire annual NHS budget.

But a damning report by MPs said it has failed to break chains of Covid transmission, prevent lockdowns or enable people to return to a more normal way of life.

What is All Lives Matter and how did the movement start?

Coronavirus symptoms: Two signs you could be having a COVID-19 related stroke

Should we be worried about the new COVID-19 strain in South Africa?

Trump and his legacy ‘diminished’ among Australian conservatives

Sharon Stone Makes Some Shocking Allegations About Her Career