Police have released dramatic video showing a safe containing the Lord Mayor of Bristol’s chains, which are thought to be worth around £45,000, being stolen.

CCTV footage shows a van pulling the safe from a council unit in Smeaton Road, Hotwells, on February 24, during an early morning raid as several people run after it.

Avon and Somerset police are now hoping to trace the suspects or find witnesses who may have seen what happened.

The white Transit van is seen trying to pull the safe, which is attached to the vehicle by a long strap, from the building during the short clip.

After jolting forward the stolen safe containing the civic ceremonial jewellery comes into view and the van pauses for a couple of seconds.

At least four people wearing hoodies are then seen running, with one giving the safe a small push to help it along the road.

The van then picks up speed and starts to drive around a corner all while the stolen good are still attached and creating sparks on the road. 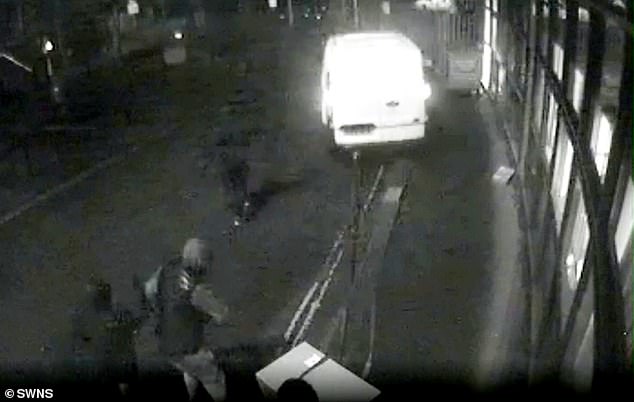 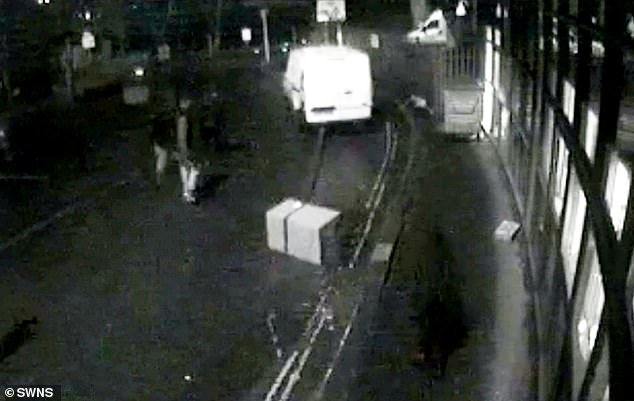 Several people are seen running after the van and safe, which is attached by a long strap

The theft took place between 2.30-4am and one of the two safes which were taken was recovered the next day in Winford, about eight miles south of Bristol.

Bristol’s Lord Mayor is Liberal Democrat councillor Jos Clark. During a full council meeting last week she spoke about her ‘sadness’ after the theft, reports BristolLive.

Cllr Clark said: ‘The material value of these items cannot compare with the value of their place in the city’s history and the history of Bristol to come.

‘They represent the continuity of an unbroken line of lord mayors and first citizens dating back to 1828, the date of the mayoral chain.’ 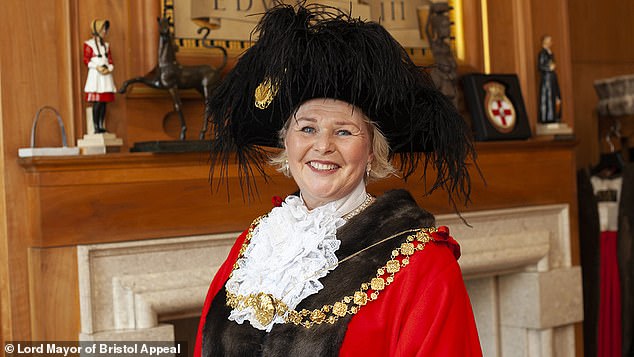 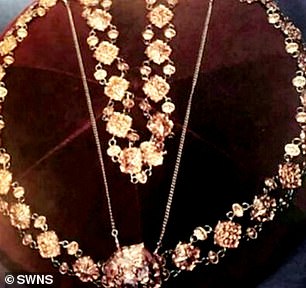 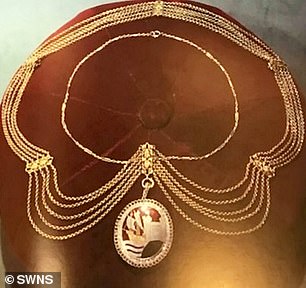 The Lord Mayor’s jewellery (pictured) is thought to be worth £45,000 and ‘represent the continuity of an unbroken line of lord mayors and first citizens dating back to 1828’

Inspector Andy Peppin said: ‘Officers have spent the past week working hard to find as much CCTV footage of the area as possible as we try to identify those responsible for the theft of this valuable jewellery.

‘But we need the public’s help. We are keen to hear from anybody who saw the van in that area of Bristol during the early hours of 24 February, or who may have dash cam footage.

‘And we would also like to hear from people, especially those who work at night in Bristol, to come forward if they saw anyone acting suspiciously.

‘What may seem like a trivial piece of information, could in fact make a significant difference to this investigation.

‘Anybody who has information about the incident should call 101 and give the call-handler reference 5220044814. Alternatively, if you would prefer to provide information anonymously, please call Crimestoppers on 0800 555111.’

NHS Covid test: How to get a free test to check if you have coronavirus

Charles Manson follower Leslie Van Houten, 70, could get out on parole 51 years after infamous brutal murders

Jojo Rabbit ending EXPLAINED: What did the final scene mean in Jojo Rabbit?