THE army will be sent in to help recovery efforts in the wake of Storm Arwen.

Some 30,000 homes across the UK have spent almost a week without power due to the raging storm, with MORE snow still set to fall. 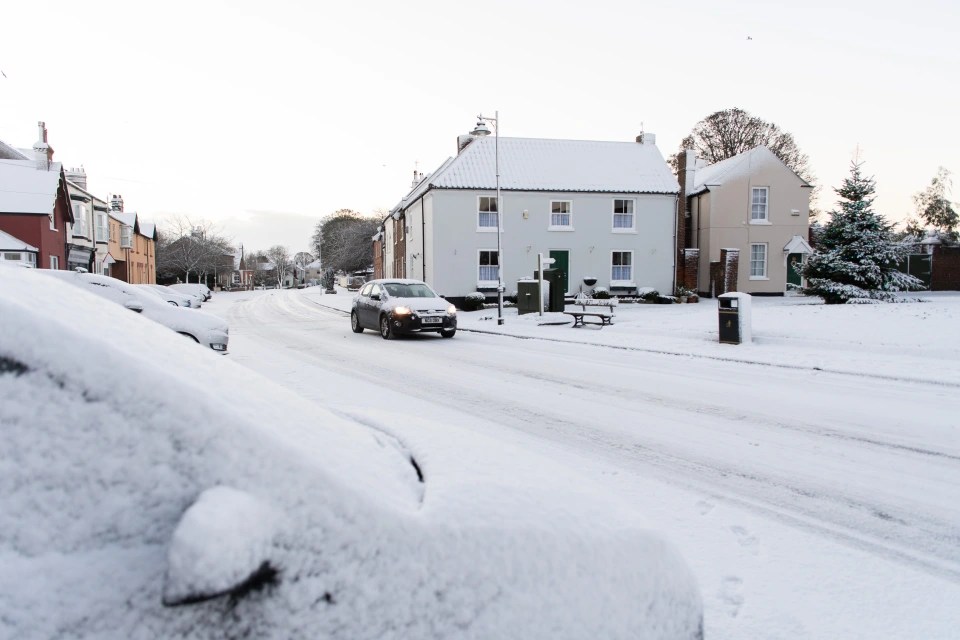 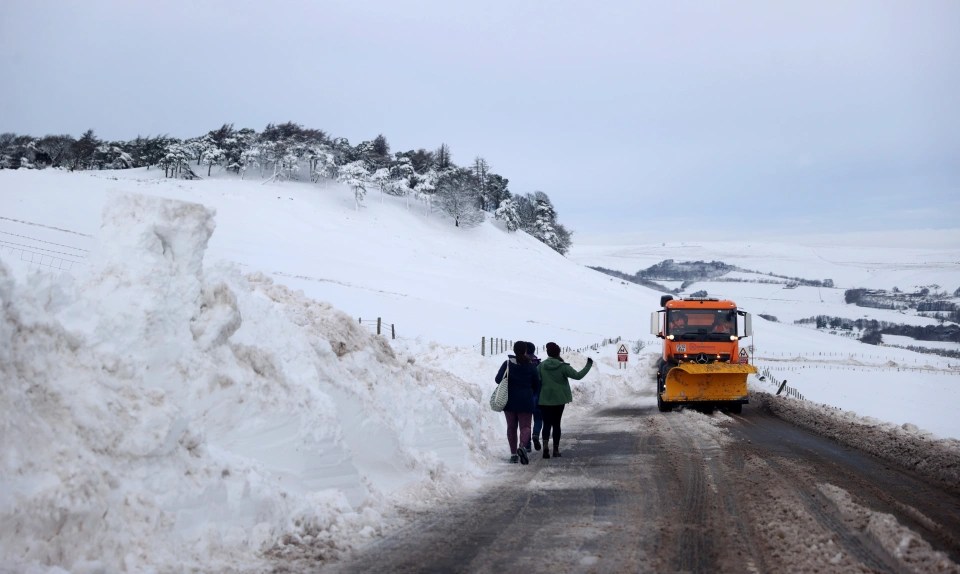 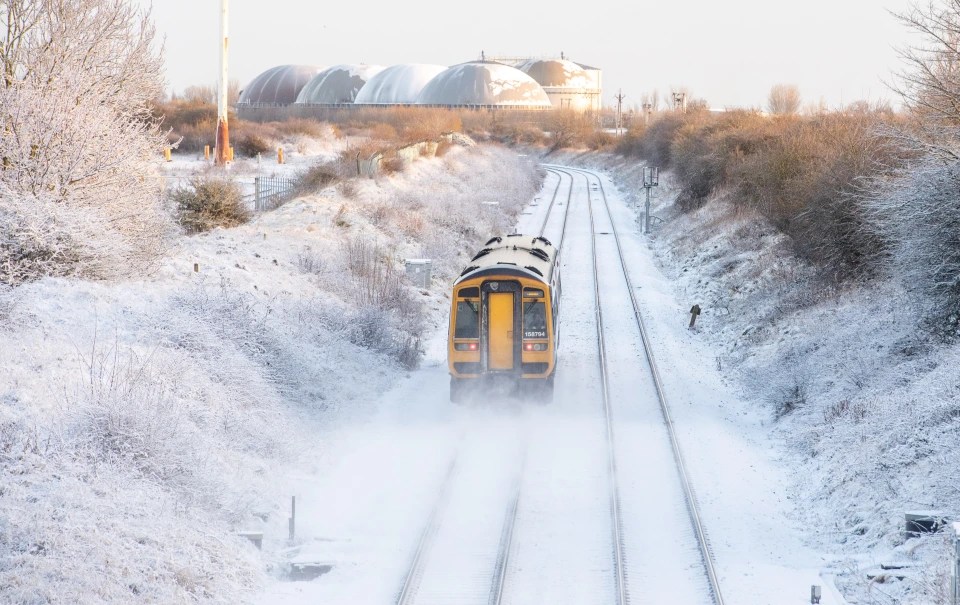 Around 19,500 homes are still without power due to the damage caused by Storm Arwen, according to Downing Street.

The Prime Minister's official spokesman said a further 7,949 homes had had power restored since Wednesday – meaning 98% of the 950,000 homes originally affected now had electricity.

He said: "We are in hourly contact with network operators to reconnect power.

"We are working urgently to ensure welfare and shelter is provided to those households that need it.

"We still expect the majority of homes to have their power restored by the end of the week."

More than 6,500 homes supplied by Scottish and Southern Electricity Networks (SSEN) in the North East of Scotland are without power.

In Aberdeenshire alone there are 4,000 homes with no power whatsoever.

And a raft of homes in the south supplied by Scottish Power Energy Networks (SPEN) are facing the same problems.

Linda and Paul Dunt, who live in the village of Torphins, around 20 miles west of Aberdeen said they have been cooking on a camping stove and can't flush their loos.

Mrs Dunt told the BBC: "We can't flush loos, we have to get buckets of water from outside to do all of that, and it just wears you down.

"From 4 o'clock it's dark and there's almost nothing to do. That's what life has been like.

"Cooking on a singleburner butane camping stove because our hob doesn't work with the electronic ignition not working."

SSEN has restored electricity to 120,000 homes so far.

The company said the outage was a "once in a generation" event, as Chris Burchell, managing director of SSEN, said that the storm had caused "catastrophic damage" to the network.

Around 120 military troops will be drafted into affected areas today.

Aberdeenshire Council said in a statement: "Following a formal approach to the UK government for assistance, around 120 military personnel will be arriving in Aberdeenshire this morning to support our ongoing resilience efforts in the aftermath of Storm Arwen.

"The troops will focus on welfare checks on the ground within those communities still impacted by loss of power and will supplement what our own teams have been doing since the weekend.

"We continue to appreciate all the wonderful examples of community assistance which continue to be evident across the region – whether it be supplies of hot food and drinks, checking on elderly residents and neighbours or helping to deliver supplies.

"Thank you for your all your endeavours and rest assured we continue to work tirelessly to provide the support our communities require at this challenging time."

Meanwhile snow fell across London with footage from bus stops and train stations showed the glacial conditions in the capital. 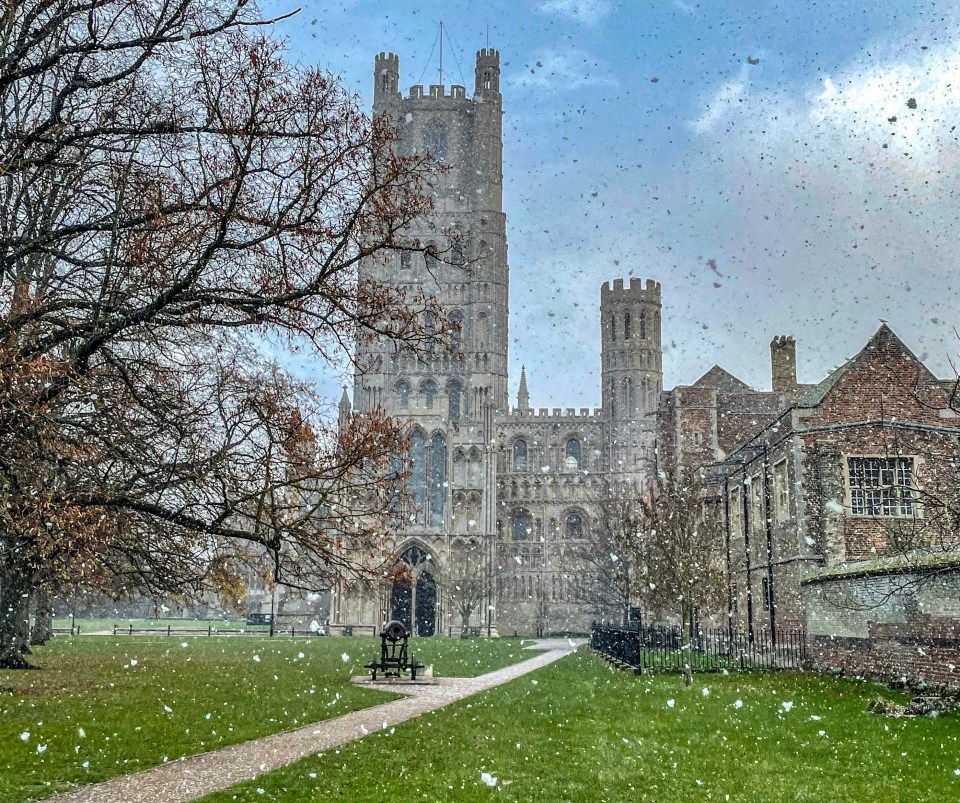 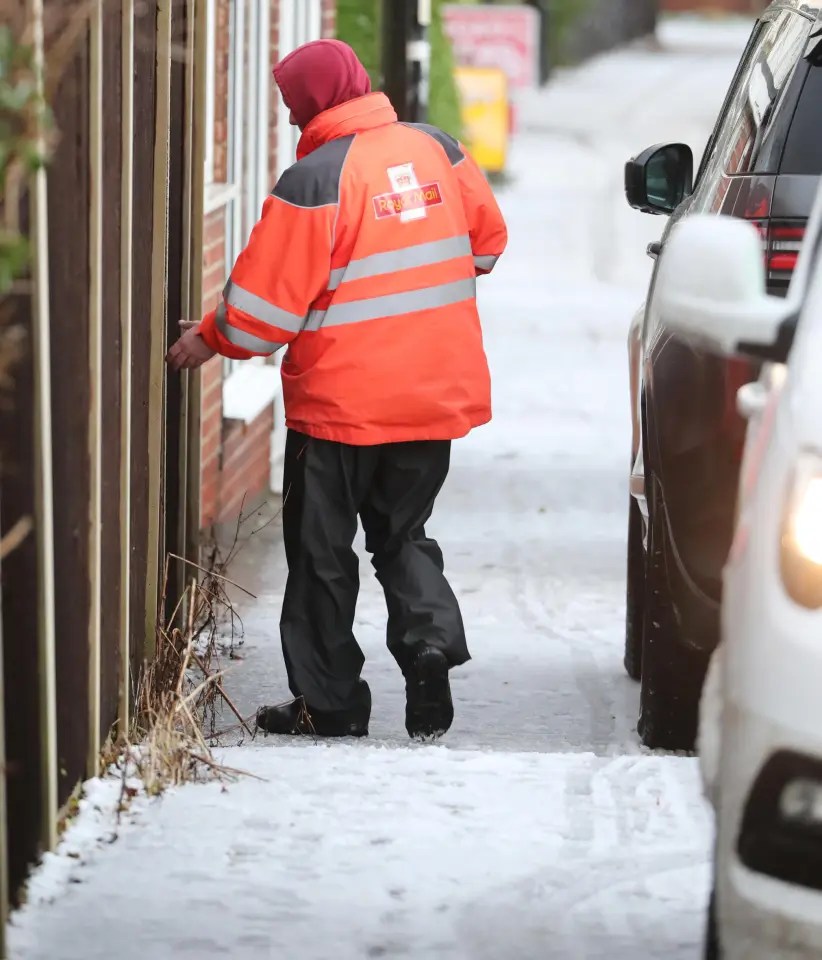 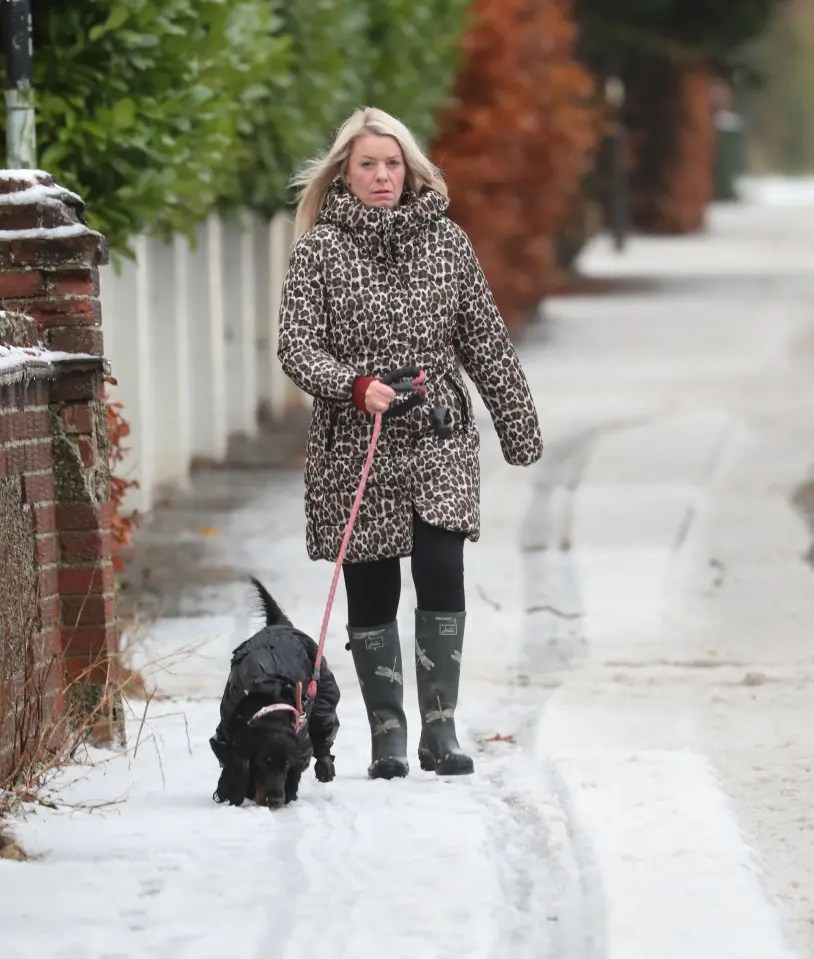 And bone-chilling winds could bring a monster five inches of snow today as three weather warnings for ice are in place for parts of Britain.

Freezing flurries are forecast across the UK – even down to the south coast – as icy -11C gusts take hold.

And after a mild day yesterday, it will feel particularly chilly, with average day-time temperatures of 2C in Scotland, 6C in Wales and Northern Ireland, and 7C in England.

In rural areas chills as low as -6C were recorded this morning.

Met Office forecasters warn the weather will get even colder overnight, with "driving" and "relentless" winds making it feel glacial.

It will be most piercing in West London and Hereford where the mercury will plunge to -2C, but winds of 30mph will make it feel a biting -11C, according to a wind chill calculator.

"Icy stretches" are likely to develop with the risk of injury on roads, railways and pavements. 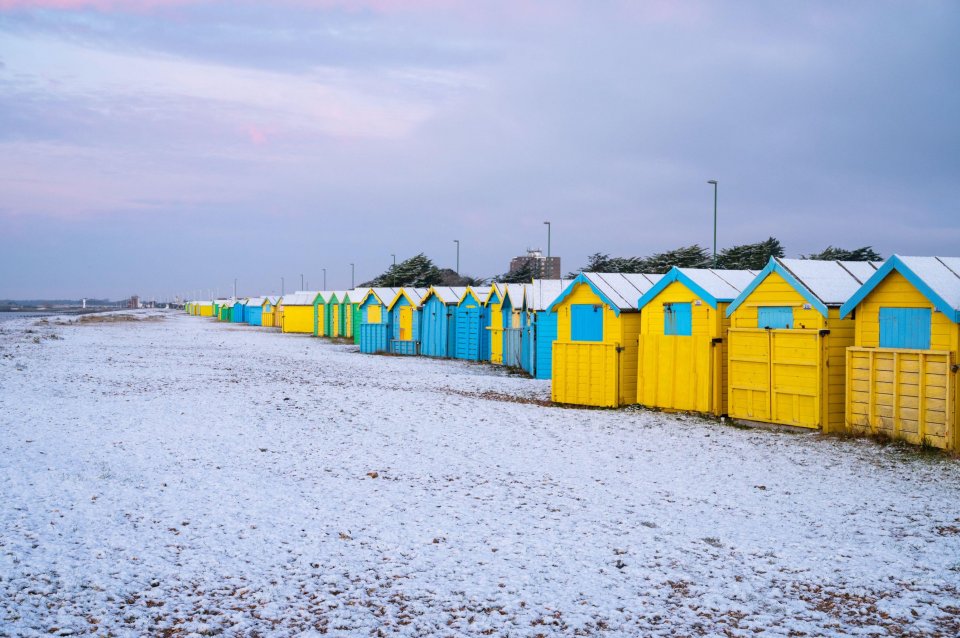 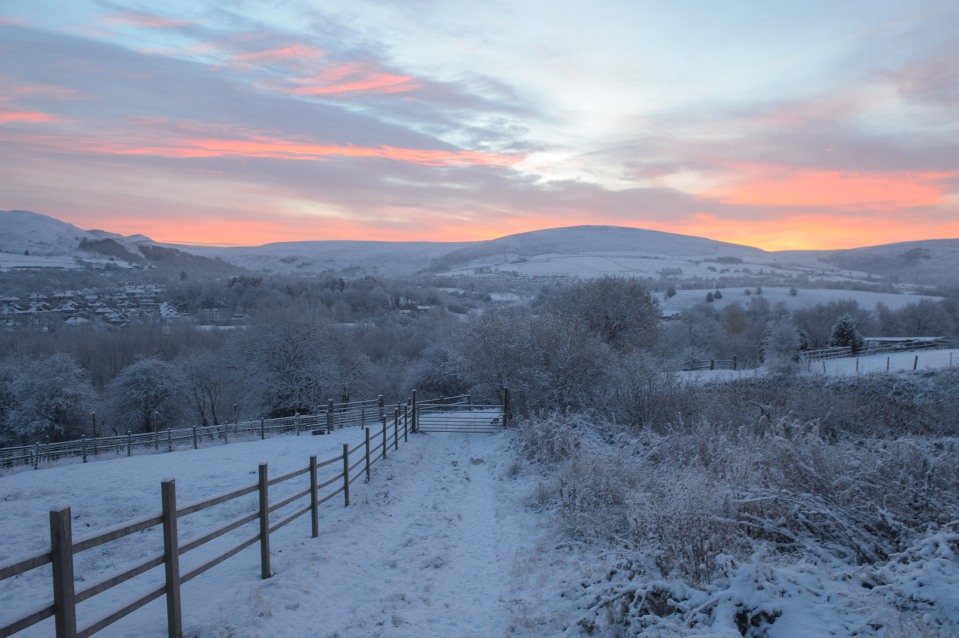 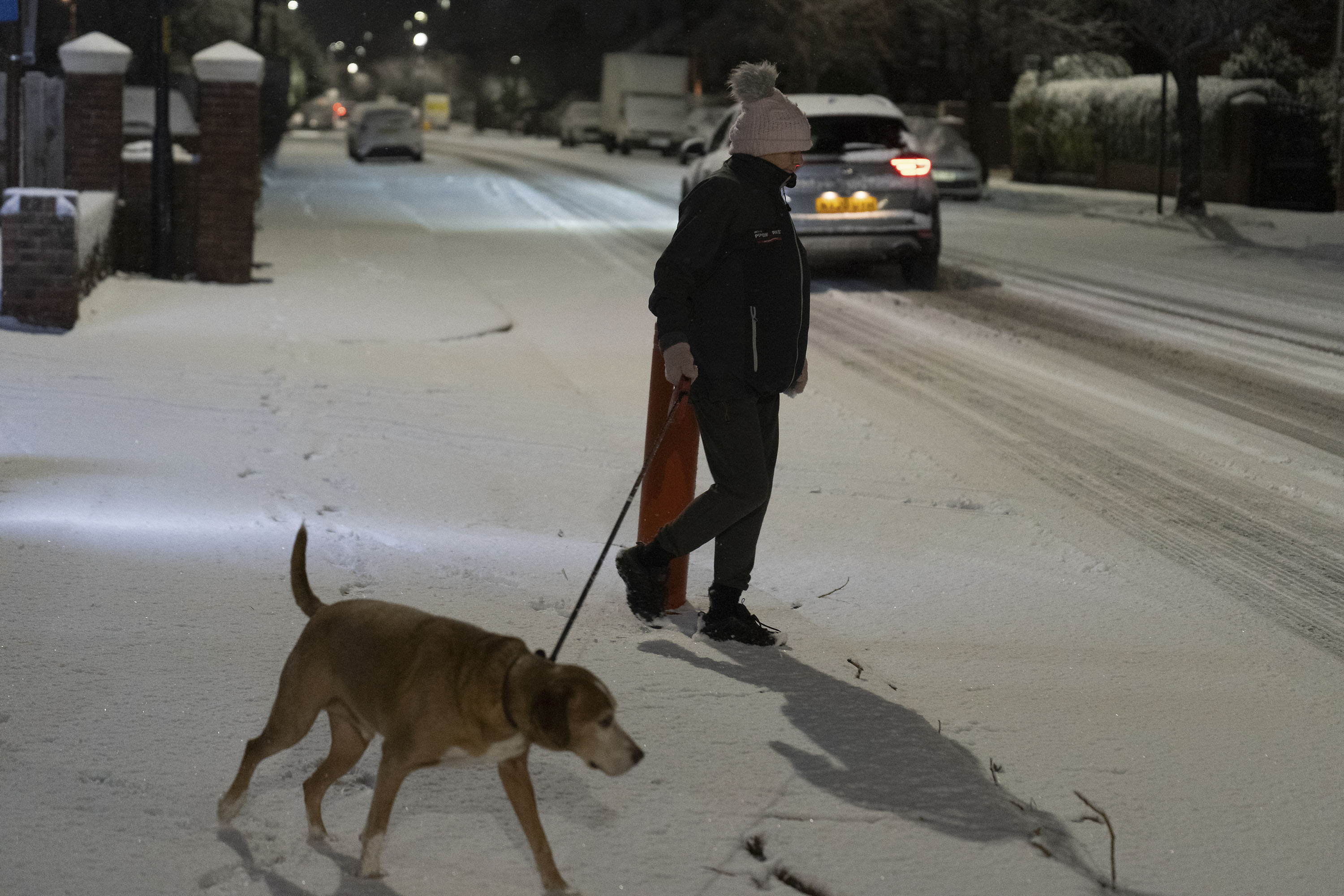 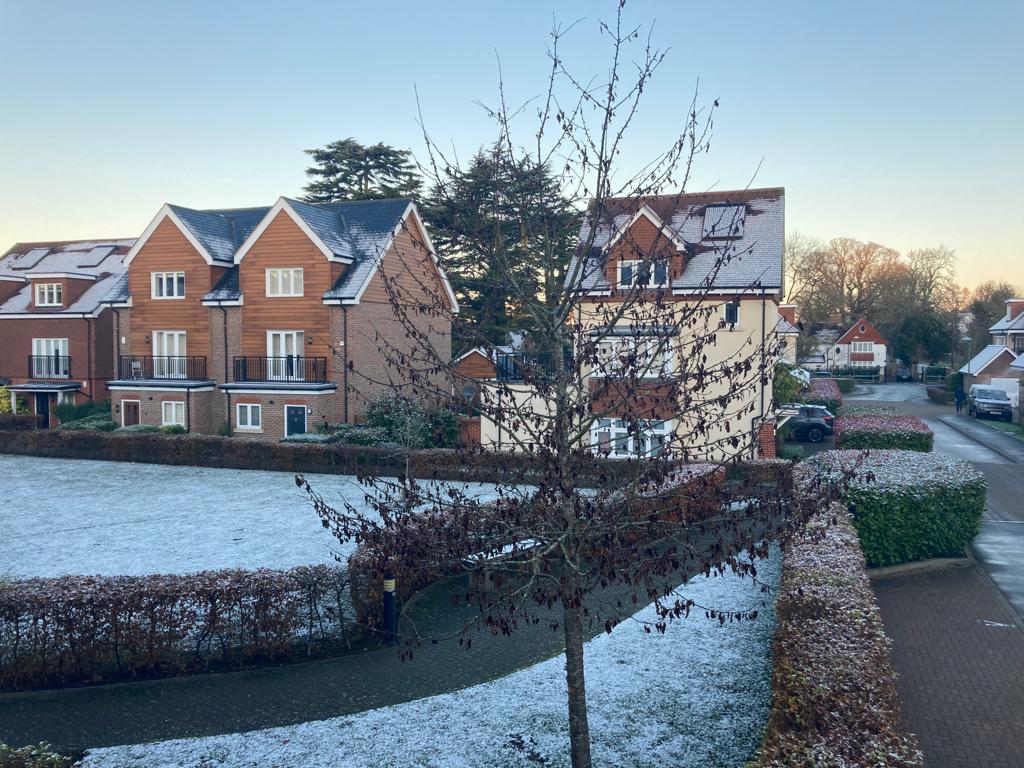 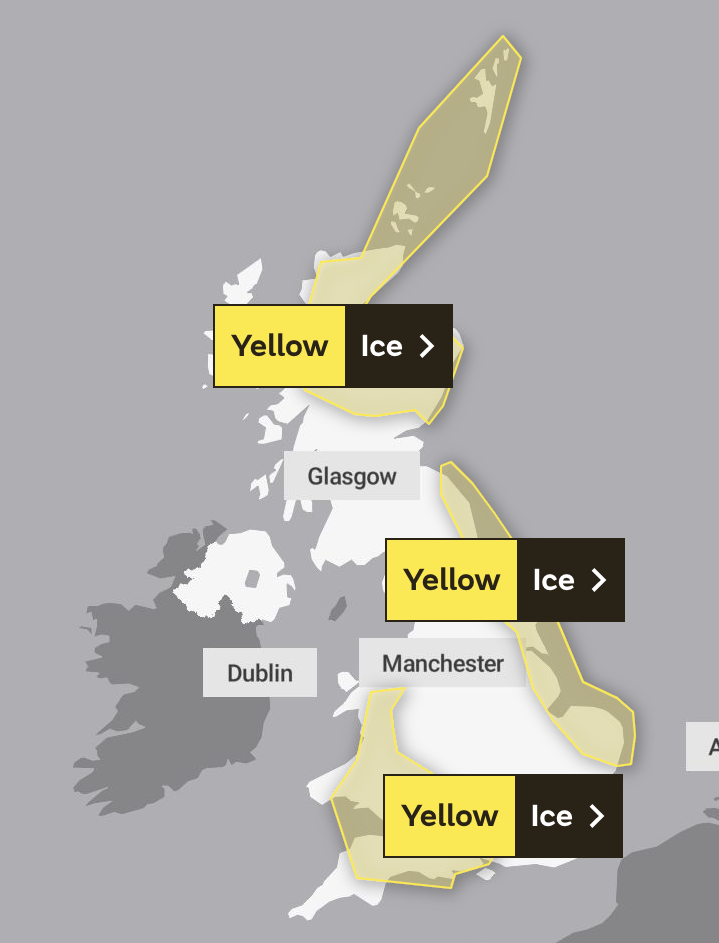 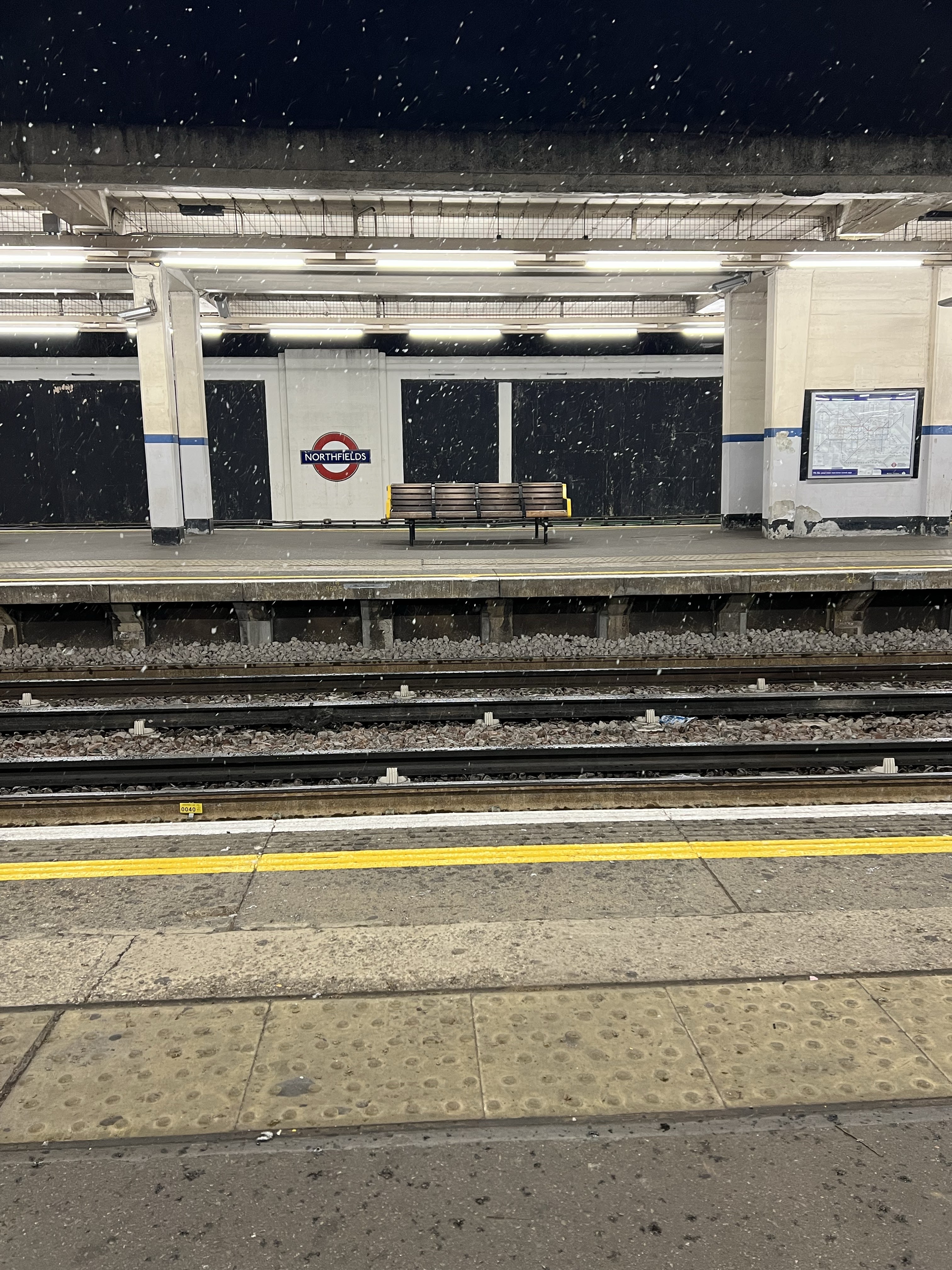 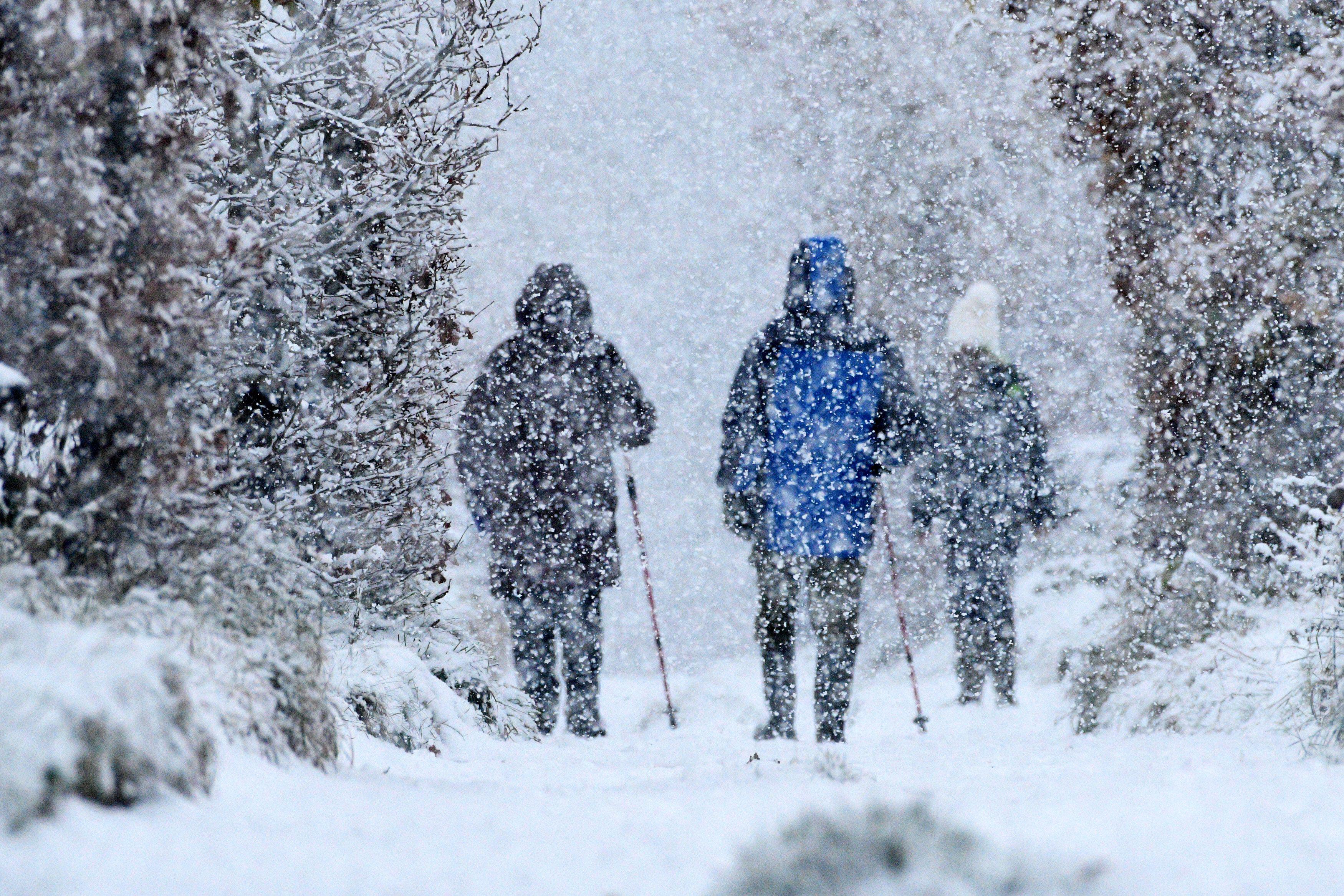 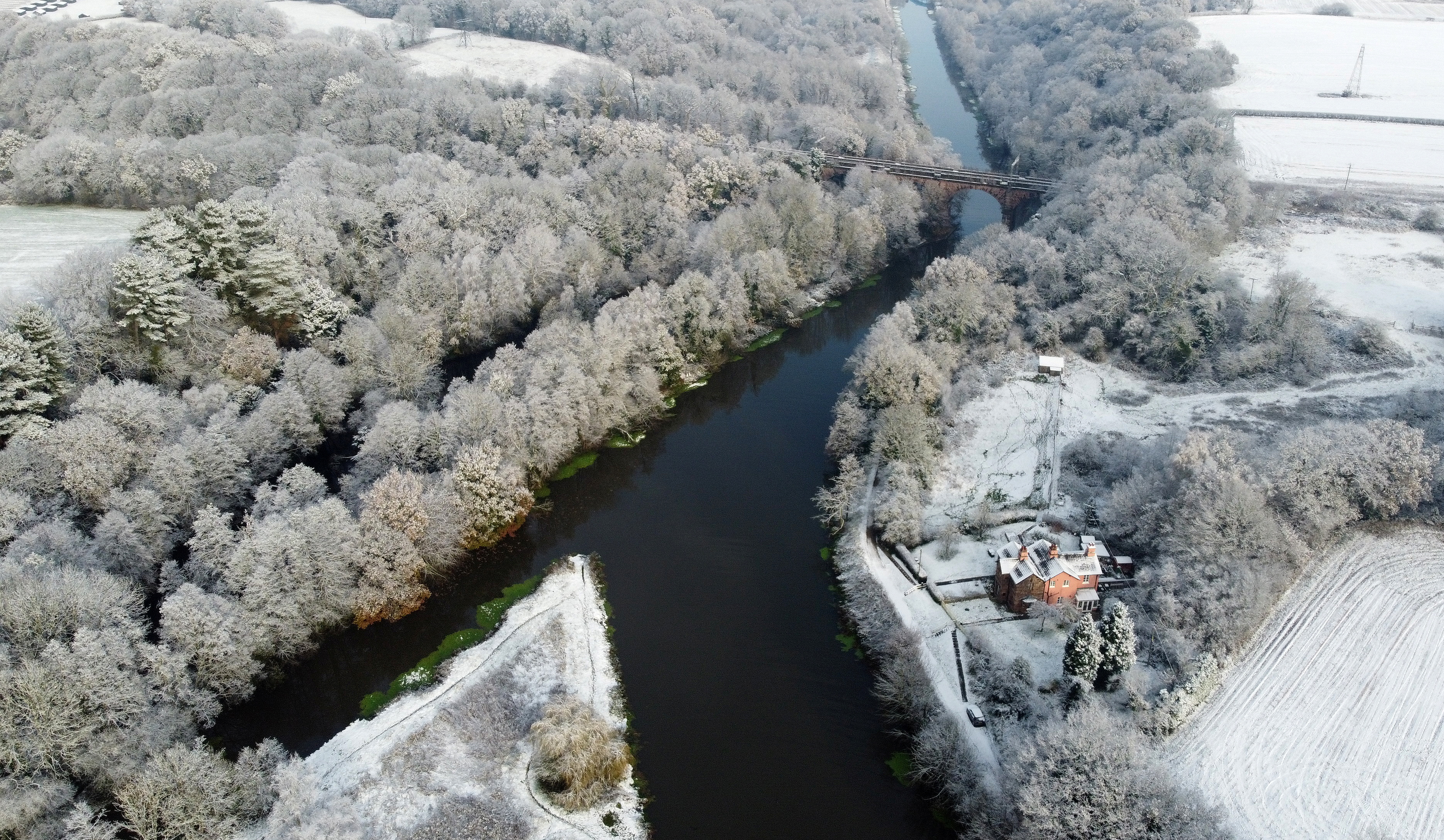 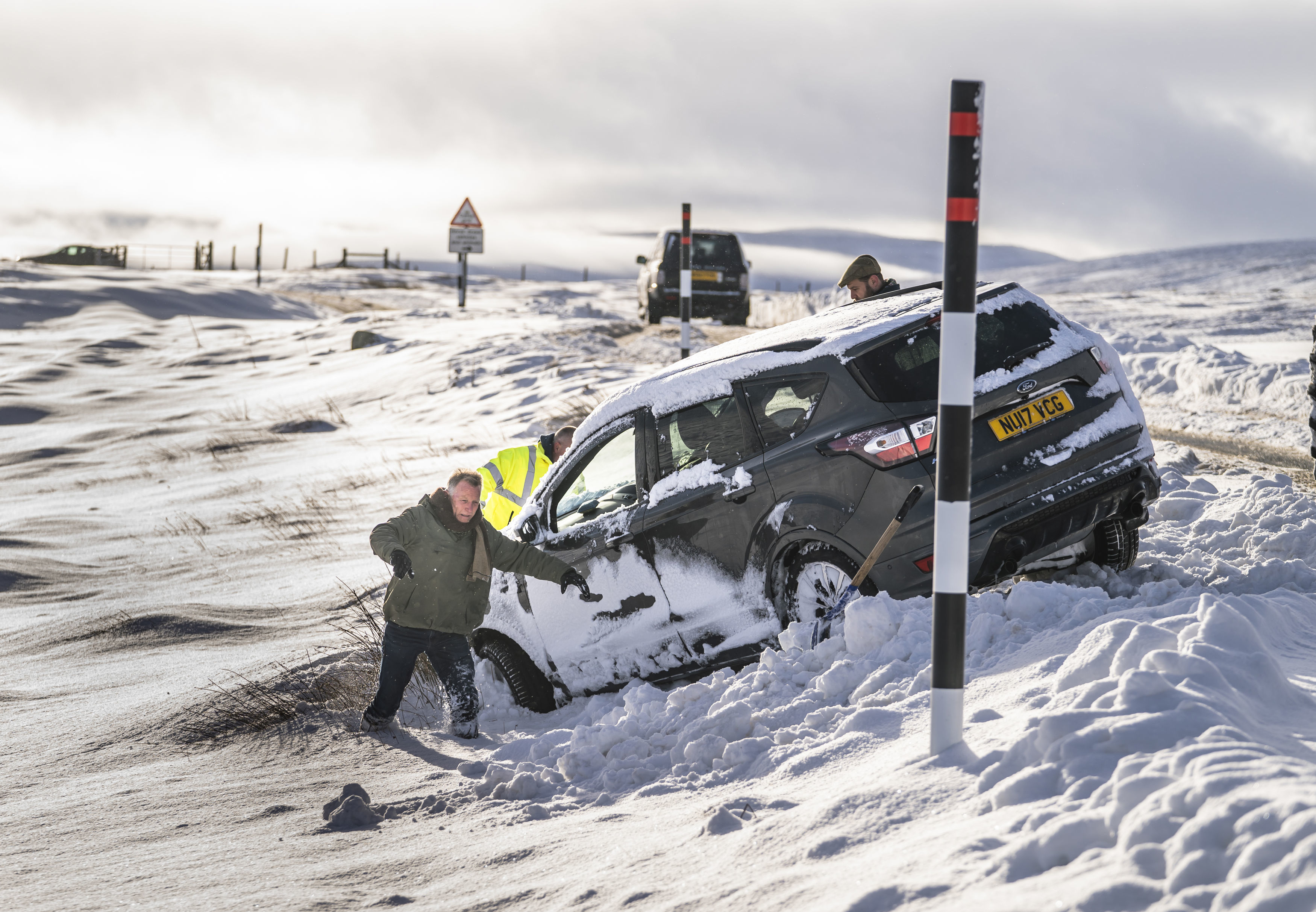 Florida Gov. DeSantis: Miami sister building of collapsed condo may have to be evacuated

Liam Gallagher Oasis: Why did Liam and Noel Gallagher fall out?

Britney Spears: I Wanna Fire My Awful Dad as My Conservator! HELP ME!

Woman, 24, falls to death from boozy rooftop party in NYC after slipping through gap as she crossed to adjacent roof

My Sister Outdid Me! Her Christmas Presents To My Kids Were SO MAJOR! Unboxing! | Perez Hilton And Family