The UK’s only working sled-dog centre will close next month ‘due to climate change’ amid fears the Cairngorms could be snow-free by 2080 if temperatures continue to rise.

The Cairngorms Sleddog Centre, which has been open for 20 years, has decided to hang up its dog harness as rising temperatures turn the snow-covered slopes into barren mud and trigger its 20 Alaskan huskies to moult in the middle of winter.

The business, which has been visited by Sir David Attenborough and Bear Grylls, is thought to be the first in Britain to shut due to climate change. 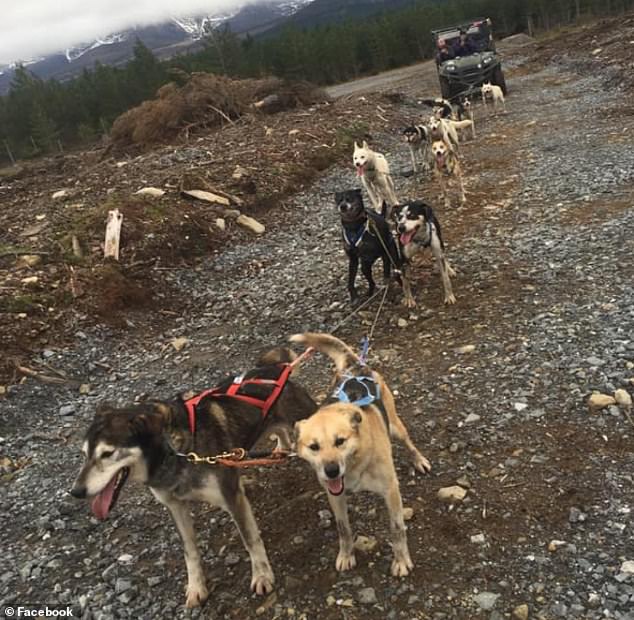 The Cairngorms Sleddog Centre, in Scotland, is to shut after more than 20 years of business ‘due to climate change’. Its huskies are pictured above last month 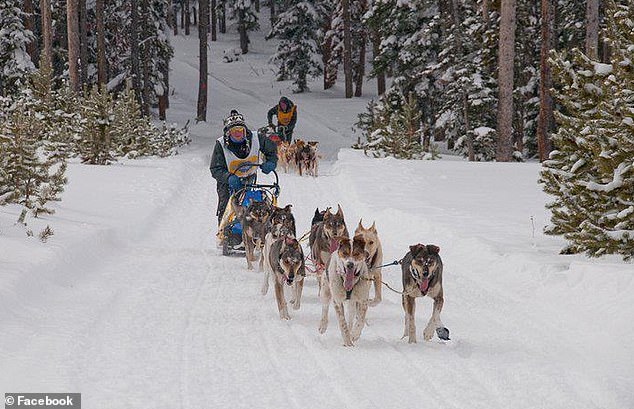 The business was launched when the Cairngorms had five months of snow cover a year (Pictured: Huskies at the centre enjoy the snow in a photo posted in 2011) 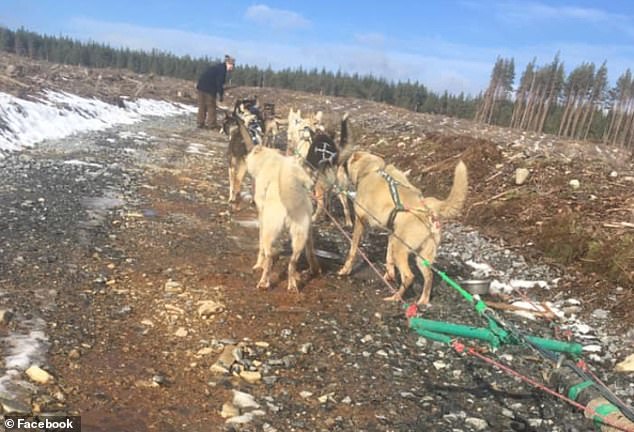 Alan Stewart, 64, who owns the business told the Sunday Mirror: ‘Climate change has finished us off. This year, instead of snow, we just have mud.

‘To train dogs professionally you need several months of snow but even in Europe you cannot get enough snow.’

Mr Stewart first moved to set up the centre in Aviemore, Scottish highlands, because it could get five months of snow a year.

And it isn’t the only business struggling in the National Park, which attracts two million tourists a year to ski and walk on its once snow-carpeted peaks.

Bosses at the Aviemore ski resort had to bring in a snow machine to spew almost 100 tonnes of artificial snow onto their piste every day for more than a month before it opened. 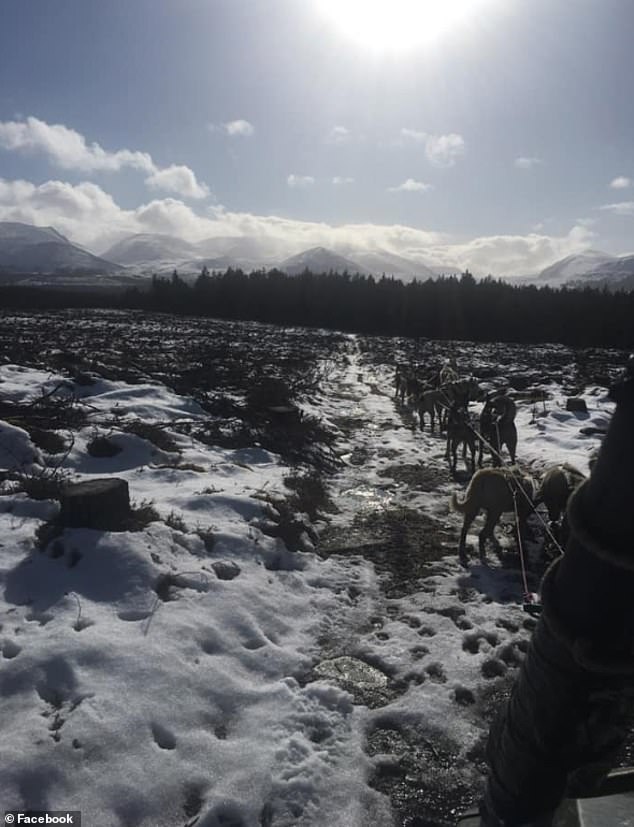 The sun melts snow on the Cairngorms this morning. Snow cover in the area has declined by half since 1969 according to a study conducted by the Scotland Rural College 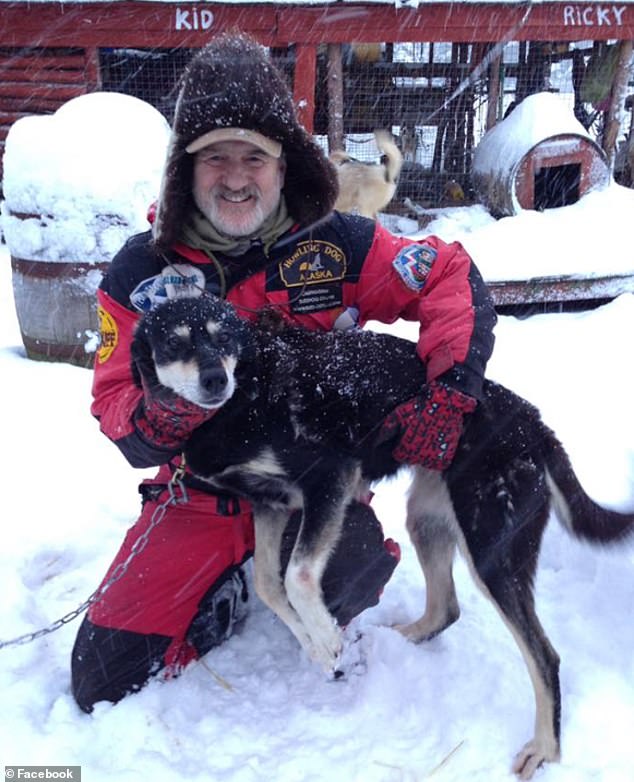 Alan Stewart, 64, pictured with one of his 20 huskies. He opened the sleddog centre

‘Normally there is a reliable source of snow at the top of the mountain,’ he said, ‘but we have had to switch that to the bottom with the use of a machine.

‘Typically at this time of year the slopes would be covered but the weather now is just so unpredictable.’

The President of Ramblers Scotland and a winter walking enthusiast, Ben Dolphin, told the BBC that he didn’t know any walker who would feel ‘at ease’ with the snow fall on the Cairngorms over the last two years.

‘Its not just the lack of snow,’ he said, ‘it’s the high night-time temperatures, and the longevity and persistence of mild weather patterns’.

‘These recent winters do feel different. I’ve been up here a lot over the years, always January or February, and I’ve never seen it look as snowless as this.’ 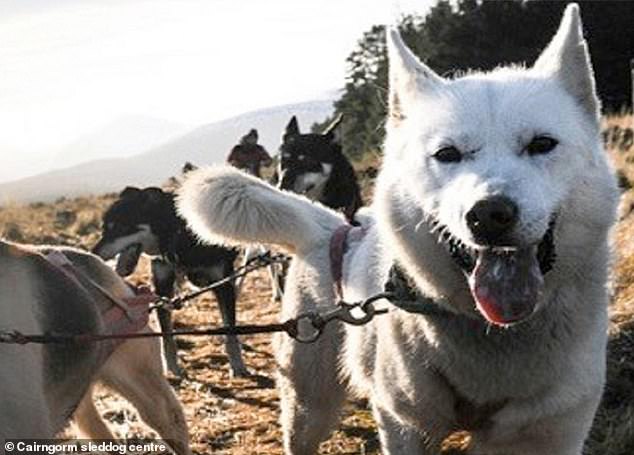 A husky at the centre. The dogs have started moulting in winter due to the rising temperatures 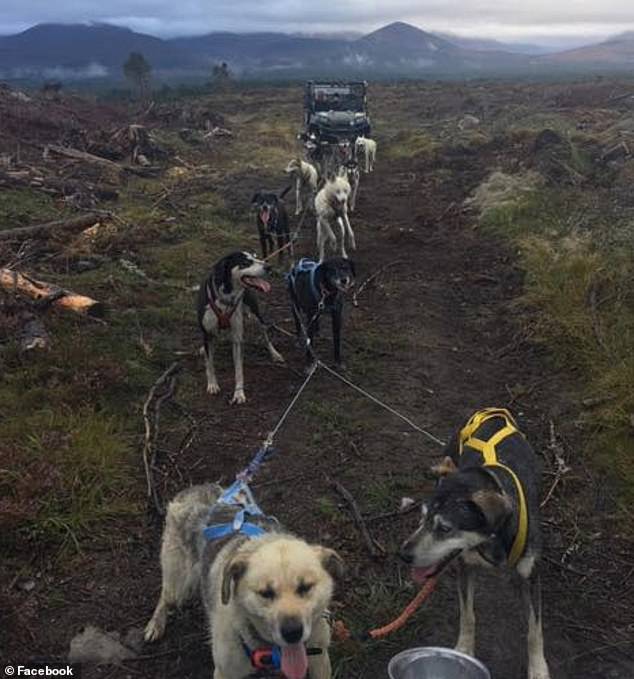 The Cairngorms National Park Authority warned there ‘is likely to be a substantial decline in the number of days of snow cover’ from 2030 in a report published last year.

And Scotland’s Rural College has warned that rising temperatures could leave the Cairngorms devoid of the white stuff by 2080.

Snow cover in the park has already halved since 1969.

Scotland’s Rural College based its predictions on temperature readings from Whitehillocks, on the eastern edge of the Cairngorms, and Balmoral.

Inside the court of the Thai king Maha Vajiralongkorn

Girl confronts Boots worker accusing her of sleeping with her father

How Sony is Benefitting from the Warner Bros. HBO Max Deal

Boy, 8, fighting for life after being mauled by two rottweilers at his family home in Dublin – The Sun

Dax Shepard relapsed after being sober for 16 years and has since sought help, the actor said during his podcast