Undertaker, 50, who ripped off grieving families by leaving bodies to decompose and talking about her love life when asked about coffins and florals wreaths is jailed for two years 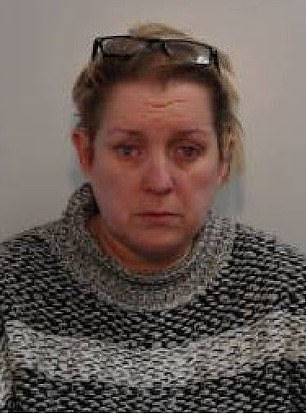 Sharon Howell, 50, was today jailed for two years and one month

An undertaker who ripped off grieving families that paid her thousands of pounds for bungled burial services was yesterday jailed for two years and one month.

Sharon Howell, 50, delayed funeral arrangements for several weeks, left bodies in the morgue and pocketed extra deposit payments for herself after being entrusted by victims to organise send-offs for loved ones.

At least nine families were duped out of cash by Howell who ran Kenworthy’s funeral directors in Ashton-under-Lyne, Greater Manchester.

Clients said the mother-of-three from Uppermill, near Oldham, talked about her love life when asked about coffins and floral wreaths, failed to book ceremonies and even lied about the dead being kept safe in a Chapel of Rest, a court heard.

Howell also repeatedly took up to £1,000 at a time from victims’ accounts without permission, falsely blaming Chip and Pin card machines when confronted.

She admitted to six charges of fraud by false representation and six trading standards offences at Minshull Street Crown Court.

Investigators discovered two bodies she had been asked to bury or cremate had begun to decompose as she had left it so long to arrange their funerals.

Her scruffy business premises were found to be littered with old and decrepit coffins with a clapped-out hearse and funeral limousine found in the garage.

Another funeral parlour eventually had to take over some of the ceremonies.

Graham Hallworth, who was conned out of £1,000 after Howell offered to arrange the funeral for his uncle Roy in November 2018, said in a statement: ‘I feel that Sharon has been very unprofessional throughout the entire funeral process.

‘Not only did I have to constantly chase her but I was getting grief from my relatives regarding funeral plans. Howell also repeatedly took up to £1,000 at a time from victims’ accounts without permission, falsely blaming Chip and Pin card machines when confronted

‘I feel guilty about the way that my uncle’s funeral was planned and how it went on the day. I feel she has been callous and taken advantage of the difficult situation. I fear she delayed my uncles funeral in order to take that money from me.’

Fred Saxon, who lost £3,528 after the death of his mother Audrey in December 2018, also said: ‘Sharon came across as being very disinterested and like she couldn’t be bothered.

‘My cousin, Kirsty had to constantly chase her and everything was arranged very last minute. I can’t believe she has taken extra money from me. She shouldn’t be doing that job – she has been taking advantage of people.’

Hilary Bedson, a nurse whose mother June Herrod also died in December 2018, added: ‘I trusted Kenworthy’s and I feel like Sharon has let me down.

‘The lack of contact has caused me a great deal of stress and I dread to think what condition my mother was left in.

‘It has caused a family feud resulting in some family members not speaking to me and I have not been able to grieve for my mother.’

Rachel Cooper, prosecuting, described one client Karen Cummings’ ordeal with arranging a funeral for her mother only to discover the body was still at the Hospital Bereavement centre nearly a month after her death and not in a Chapel of Rest as Howell had led her to believe.

Miss Cooper said: ‘She contacted the Hospital Bereavement centre for advice and the man on the phone stated: “I really don’t know how to tell you this. Your mum is still here at the hospital with us”.

‘She was eventually able to view her mother nearly a month after she died.

‘She felt that the body no longer looked like her mother, which she attributes to the delay. She was left distraught by the experience. ‘

Miss Cooper also spoke of other clients’ experiences, which included Howell not arranging for flowers and cars, failing to put death notices in the papers and generally acting disinterested. 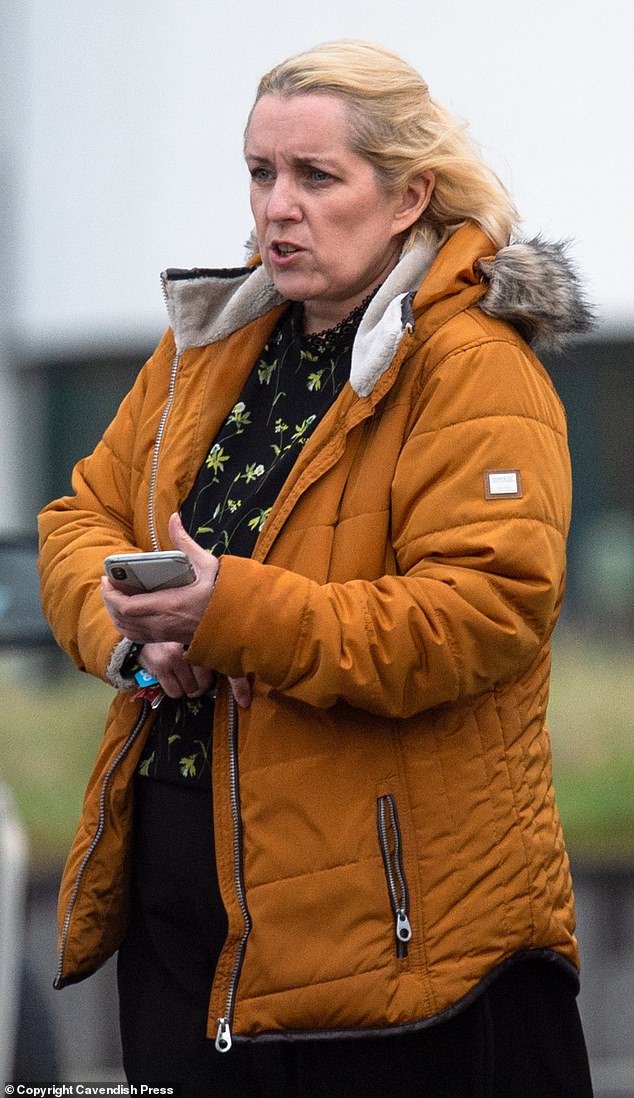 The business has since been sold.

The court heard the firm was owned by Howell’s estranged husband Robert but she had been running it herself for several years and was the point of contact for grieving families.

In the years before the thefts were uncovered, Howell had been contacted by council officials over unpaid bills for cremations and other services at Dukinfield Crematorium with several cheques bouncing.

Later, complaints began to flood in to Tameside Council itself about Howell, detailing poor customer service, donations not being received by charities, including the British Heart Foundation, and payments being taken from client accounts without permission.

Police and trading standards offices attended the funeral parlour in February 2019 and requested a visit to the company’s Chapel of Rest.

They noticed it was in a ‘very poor condition internally’.

A refrigerated unit containing the body of June Herod was opened the smell was so ‘shocking and powerful’, one officer had to leave the room. 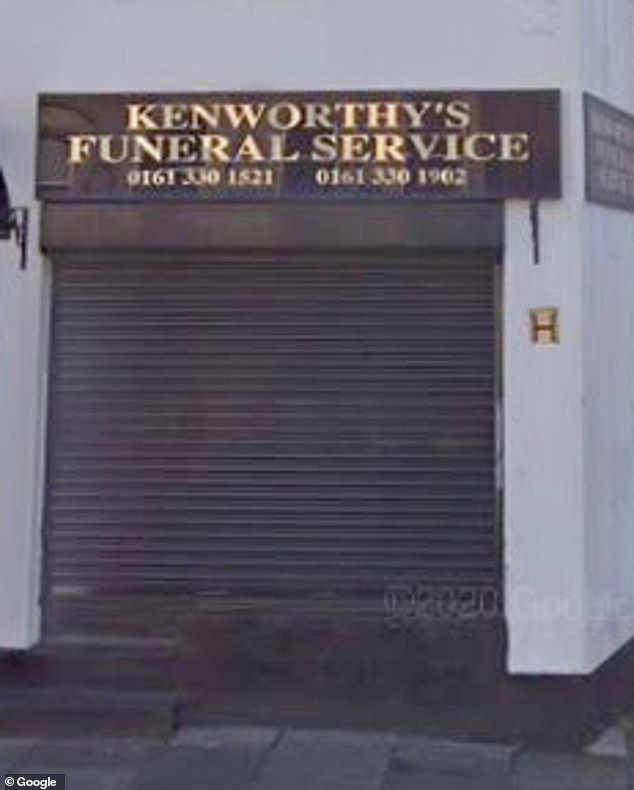 At least nine families were duped out of cash by Howell who ran Kenworthy’s funeral directors in Ashton-under-Lyne, Greater Manchester

Howell was ordered to attend an interview but left several suicide notes at the funeral parlour and police were alerted.

After attending hospital she was arrested and interviewed but denied any criminal behaviour.

In mitigation defence counsel Mark Fireman said: ‘It was a case of robbing Peter in order to pay Paul.’

Sentencing, Judge John Potter told Howell: ‘At the time, you defrauded your victims they were each grieving the loss of a close friend or family member, they were vulnerable and at an emotional point in their lives.

‘The shock and hurt each of them would have felt at being treated by your lack of care by a success of deep, dishonest, deceitful and callous things perpetrated by you at the time.

‘These are particularly serious and shocking offences in which you showed a disgraceful lack of care behind a tissue of lies and dishonesty.’

Harry Potter publishing tycoon leaves $1.2billion company to his LOVER and cuts two sons & ex-wife out of will

Democrats have fix in against Bernie Sanders? Give me a break!