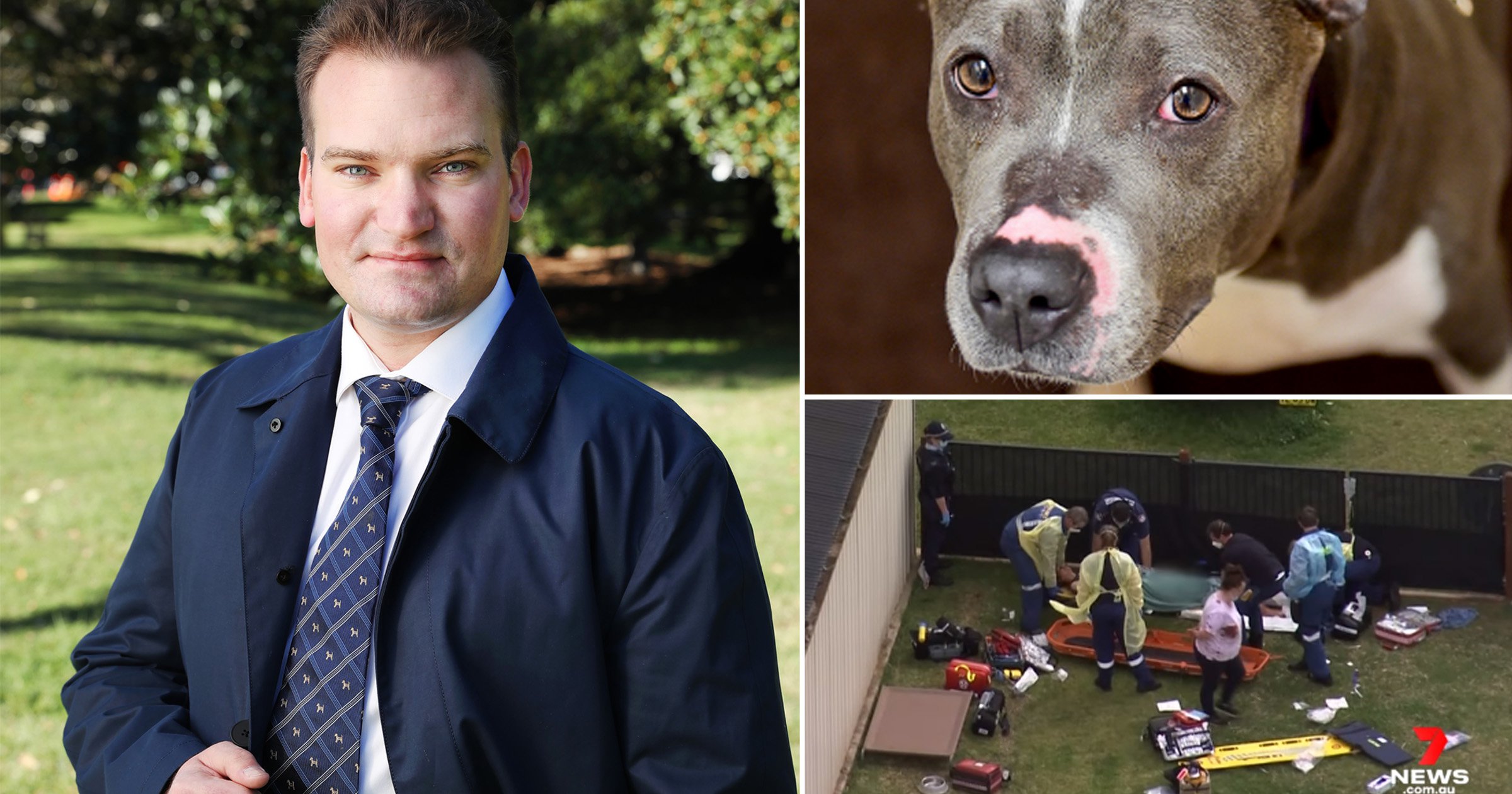 A vet is calling for American Staffordshire bull terriers be banned in Australia after two women were ‘mauled to the bone’.

Neighbours were forced to stab the animal – described as the size of a miniature pony and weighing up to 100kg – and beat it with an iron bar after it launched a frenzied attack on its female owner.

The 54-year-old was airlifted to hospital with severe wounds including facial injuries after the ordeal in Pheasants Nest, Macarthur, south of Sydney on Friday morning.

A second woman, believed to be in her 20s, was also savaged while trying to help the owner and needed urgent medical treatment.

One onlooker who asked to remain anonymous told how the dog was ‘latched onto the woman’s upper thigh’.

‘The bite was down to the bone, I could see the tendons,’ she told the Australian Daily Telegraph.

Eyewitness Anthony Dennis told Daily Mail Australia: ‘While they were trying to get the dog off that woman, someone was hitting the dog with a metal bar. It must have been a harrowing incident for everyone.’

The attack has prompted leading Sydney vet, Dr Sam Kovac, to urge authorities to ban the breed in Australia.

Dr Kovac does not want existing American Staffordshire bull terriers to be put down.

However, he is demanding an immediate halt on the selling, breeding, importing or rehoming of the dogs.

The attack comes just two months after a five-week-old was savaged to death by an American Staffordshire bull terrier on the Central Coast in New South Wales.

The baby boy’s mum woke up to hear him screaming at their home in Kariong, according to Kidspot.

Police rushed to the scene and gave the infant CPR but he could not be saved.

The family dog, aged six, has since been put down – amid claims it killed another neighbour’s cocker spaniel a month earlier.

Police launched an investigation into the incident, with a report due to be prepared for the coroner.

‘Most of the time they won’t be killers.

‘But when you’re dealing with such a powerful breed that’s been bred to fight and kill, when they really want to do this, nobody can do anything to fend them off.

‘They should not be allowed to be bred in this country.’

The vet defended his stance despite facing criticism for speaking out after the tragedy in Kariong.

‘Ninety per cent of the time, they’re fine,’ he added.

‘But in that very small percentage, if they decide that they want to go after and kill a baby or a human like this horrible case where they were mauled to the bone, no-one can stop them.’

‘Both women suffered horrific bite wounds over large parts of their bodies and were transported to hospital in a serious condition,’ he said.

‘It was a confronting scene but paramedics did a fantastic job treating the injured patients before they were taken to hospital.’

Everything To Know Before Getting A Straight Perm