Vietnam has mounted an all-out effort to save the life of its most critically ill coronavirus patient, a British pilot who works for Vietnam Airlines.

Through aggressive testing and a mass quarantine programme, the country has kept its official tally of coronavirus cases to just 288 and has reported no deaths.

Little expense has been spared to try save the life of the 43-year-old man, identified only as ‘Patient 91’, who caught the coronavirus at a bar in the southern business hub of Ho Chi Minh City in mid-March, state media reported. 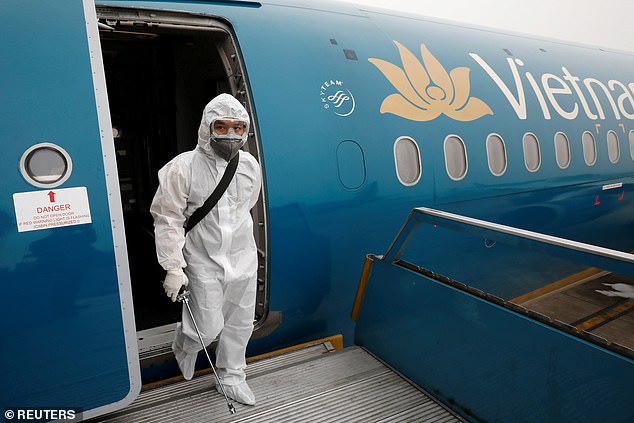 More than 4,000 people connected to the cluster were tested, with 18 of them found to be infected with the coronavirus.

While most have recovered, the British pilot is on life support and his condition has deteriorated significantly.

On Tuesday, the health ministry held a meeting with experts from top hospitals and decided that the only way to save the man’s life was a lung transplant.

His case has garnered national interest in Vietnam, where the government has won broad support for its campaign to contain the coronavirus.

On Thursday, state media said 10 people, including a 70-year-old military veteran, had volunteered as lung donors, but had been turned down by state doctors.

‘We are touched by their good intentions, but current regulations don’t allow us to transplant lungs donated by most living people,’ a representative of the Vietnam National Coordinating Centre for Human Organ Transplantation (VNHOT) told the Tuoi Tre newspaper. 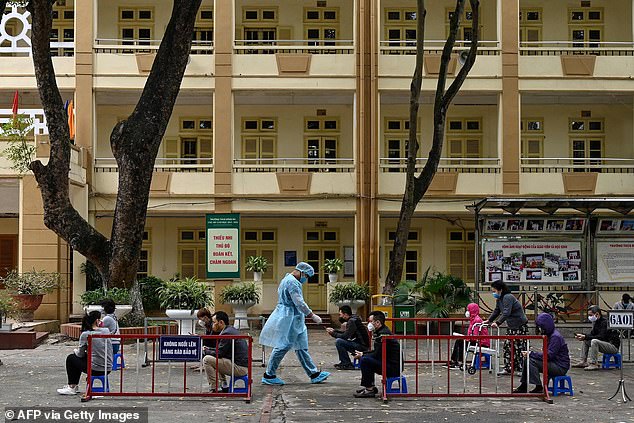 Medics will attempt to give the man a lung transplant in order to save him, after 30 days on life support saw his condition deteriorate (pictured, virus tests at a hospital in Vietnam)

The patient has just 10 per cent of his lung capacity left and has been on life support for more than 30 days, Tuoi Tre said.

Deputy health minister Nguyen Truong Son told media last month that Vietnam had imported specialist medicine from overseas to treat blood clots in the patient, but to no avail.

Vietnam has spent more than 5 billion dong ($200,000) trying to save him, the Vietnam News Agency (VNA) reported.

Foreign ministry spokeswoman Le Thi Thu Hang said the pilot’s underlying health issues had worsened his condition, but that Vietnam’s ‘best experts and doctors’ will try to save him.

In March, Chinese state media said it had successfully carried out a double lung transplant on a coronavirus patient, a procedure it hailed as a significant method of treating the disease’s most stricken victims.

Undertaker shares photo from inside crematorium with chairs 6ft apart