Mother-of-two, 38, who set up a fake Facebook profile to ‘out’ a teenage sex abuse victim after his paedophile attacker was jailed SOBBED in court as she was convicted of online trolling

A mother-of-two wept as she was convicted of online trolling offences after she revealed the name of a 15-year-old sex abuse victim on Facebook when his attacker went to prison.

Gemma Dunning, 38, from Widnes, Cheshire, used a fake profile to ‘out’ the traumatised teenager on a social media post about a paedophile molesting him during a camping trip.

A court heard that during an exchange of messages in April this year, Dunning criticised users who condemned convicted paedophile Michael Cullen, 36, for his offending.

In one post she said: ‘It’s ppl like u that would hang someone with no evidence just hope nothing like this ever happens to u or any one close to u.’ 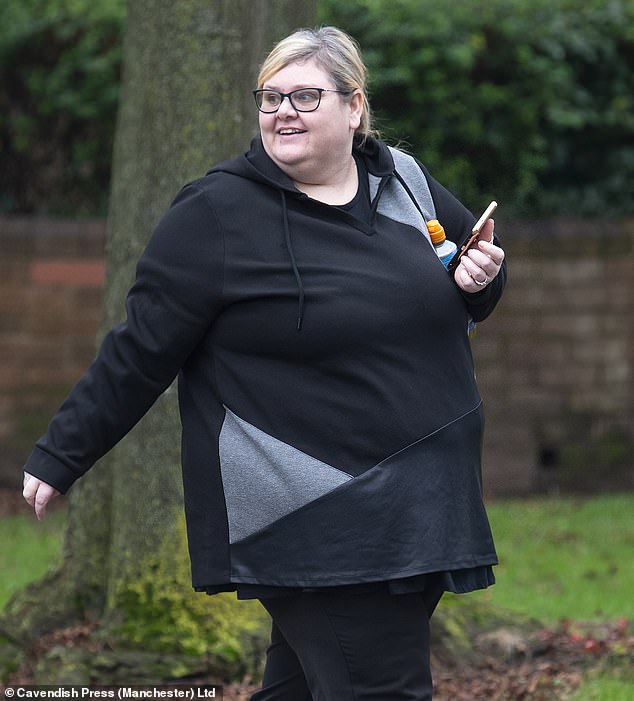 Gemma Dunning, 38, pictured outside of Warrington Magistrates Court where she was convicted of online trolling offences after naming a 15-year-old sex abuse victim 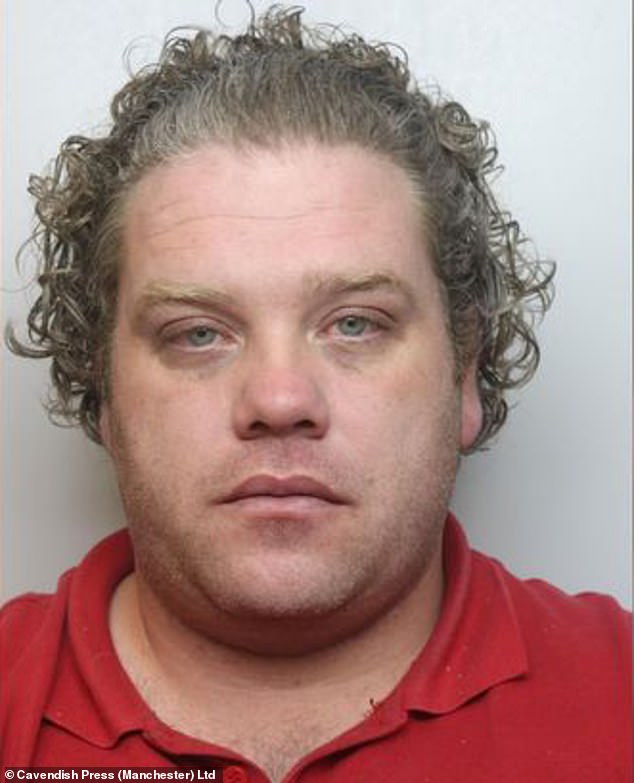 In another she added: ‘The only thing the lad is, is a victim of not having parents who loved and cared for him enough to show him right and wrong.’

Dunning eventually took the post down after a wave of complaints but the comments were passed on to the boy’s parents and police were alerted.

She was later traced after Facebook itself agreed to hand over details of the IP address on the fake profile which was linked to Dunning’s home address.

At Warrington Magistrates Court, Dunning sobbed as she was fined £200 after she admitted unlawfully publishing the name of a sex victim who was protected by an anonymity order.

She claimed she had not intended to make the name of the boy known in her posts.

Yvonne Dobson, prosecuting said: ‘The victim is 15 and subject to an anonymity order. The article showed that the defendant Michael Cullen was convicted but a post underneath was a copy of a document containing the victim’s name.

‘It was uploaded under the profile of Joey McGee which was in fact the defendant in the comments section of the Facebook page of Widnes Weekly News.

‘By 10am the following day, the victim’s mother was sent a screenshot of the comments section by the victim’s father. Shortly afterwards she reported it to the police.’

Police inquiries with Facebook revealed that a telephone number and IP address linked the name of Joey McGee to Dunning.

Ms Dobson said the defendant made full admissions in police interview that she had uploaded the document.

The prosecutor said: ‘The defendant has now pleaded guilty to being the one who published the document. She has no previous convictions and is previously of good character – she has now lost that.’

Victims of sex offences are automatically granted lifelong anonymity by the courts.

Representing herself, Dunning, who is a carer for her 21-year-old disabled son, became emotional as she said: ‘I didn’t mean to put his name on there. I just missed it. I scribbled out all the names but there was one left.’

Chairman Alan Eyres said to her that it is important that the names of victims in such cases are not publicised as it would deter other victims from coming forward.

‘That is not what I wanted to do,’ Dunning replied, ‘I know that I should not have done it. That is why I pleaded guilty.’

The magistrates fined her £200 and ordered that she pay £154 in costs and victim surcharge.

‘This has been taken very seriously,’ Mr Eyres said. ‘The damage has been done and by putting names on social media this could have gone really badly for you.’

Cullen’s trial in April heard how he had molested the boy as he slept in a tent after spending the day ‘taking an interest’ in him.

The court heard he splashed water onto his groin in a water fight, drew a dog on his thigh and stroked his leg with his foot while watching a film.

The victim later woke up in the tent to find Cullen stroking his back and putting his hand down his shorts. At the time the victim felt like he was having an ‘anxiety attack’ and ‘zipped his sleeping bag back up.’

The teenager later said the incident had affected his ability to sleep and his relationships at school, as well as how he feels about himself.

Cullen denied wrongdoing but was branded a ‘disgrace’ by a judge and was ordered to sign the Sex Offender Register for life.

He was further told to abide by the terms of a sexual harm prevention order and was banned from contacting the boy under the terms of a restraining order.

After being alerted to the breach of the anonymity order, the Widnes and Runcorn Weekly News posted underneath the article: ‘Please note that all victims (and alleged victims) of sexual offences have a lifelong legal right to anonymity.

In response to Dunning’s original offending comment, one social media user wrote: ‘Joey McGee, you have just given away the victim’s identity.

‘I suggest you remove your screenshots so as to not cause any further damage to the victim or his families.’

Cedars-Sinai workers strike for the first time in decades, negotiate for higher wages

33 Best Face Cleansers for All Skin Types and Every Budget