A WOMAN who had been missing for weeks was found naked and dirty inside a storm drain on Tuesday – and police have no idea how she got there.

Florida firefighters hauled the unidentified female, who's believed to be in her 40s, up from below a sidewalk in Delray Beach yesterday, shortly after a passerby heard he cries for help and called 911. 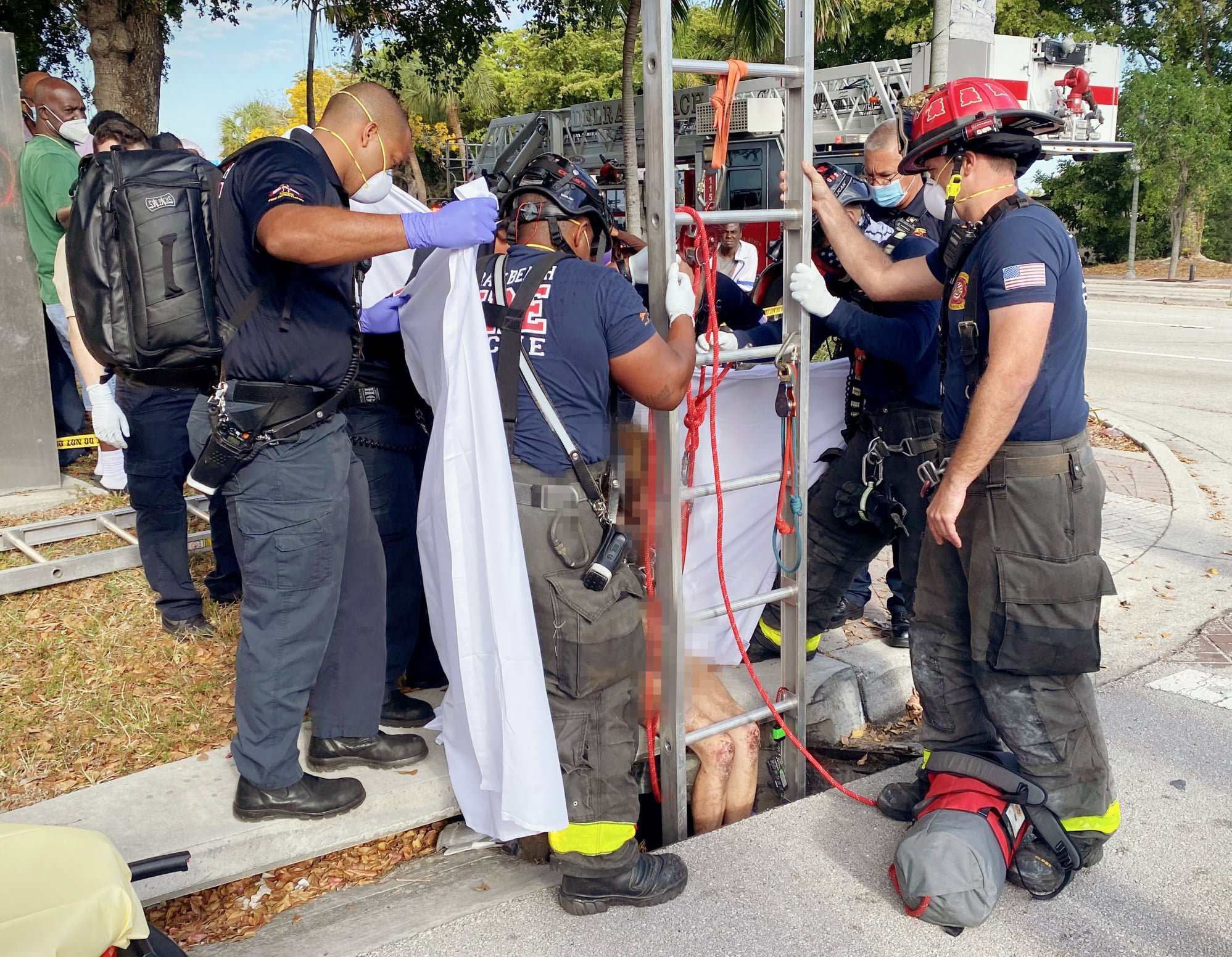 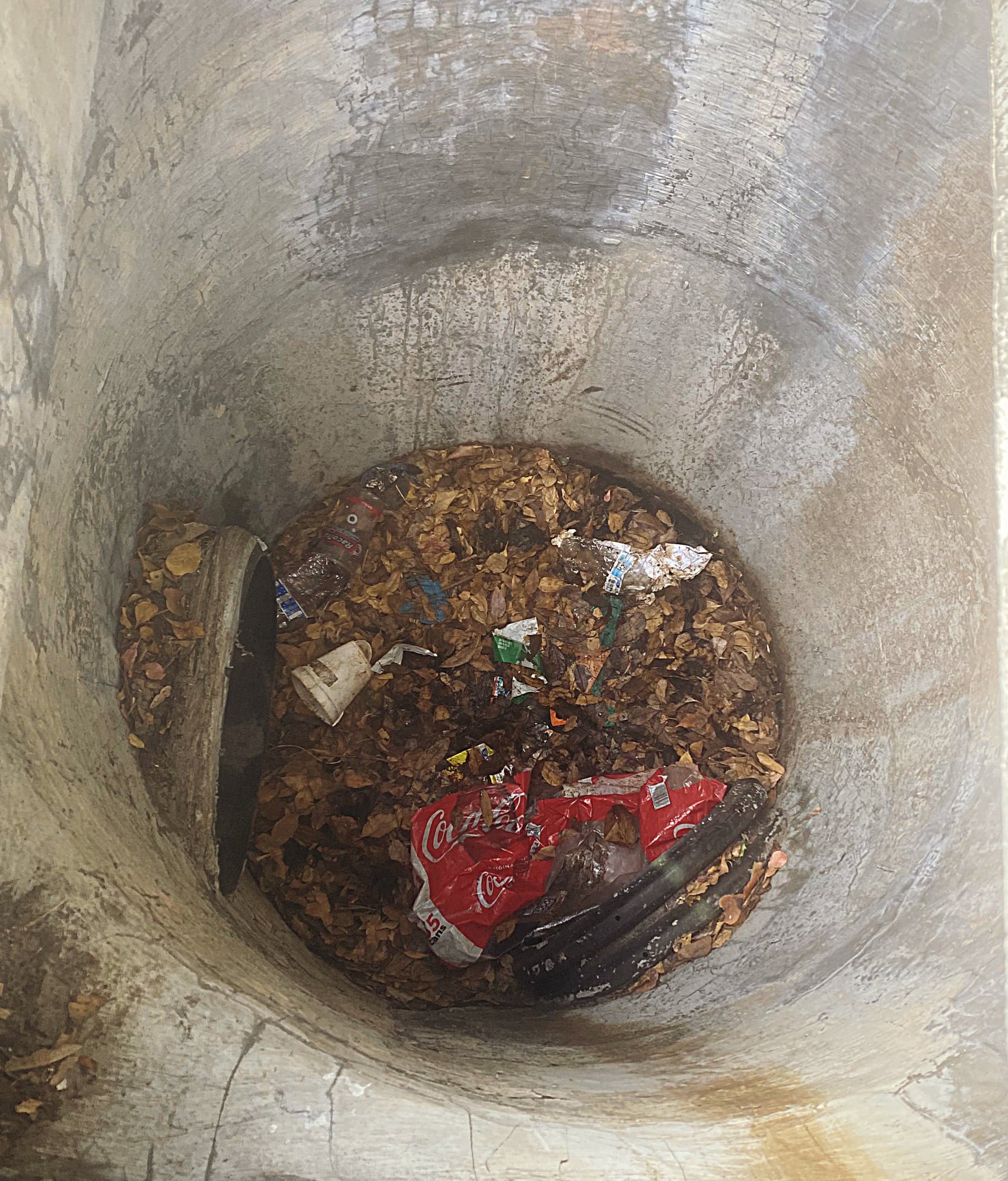 The woman was reported missing weeks ago on March 3 in Palm Beach County, some 30 miles away, police said.

Authorities say they aren't sure how the woman got into the eight-foot deep storm drain or how long she had been down there, but said she had been stuck for "at least several days".

Delray Beach Fire Rescue spokesperson, Dani Moschella, told Local10 at the woman was unable to stand up, was completely nude, and "very dirty".

"She was lucky," Moschella added. "I don’t know how much longer she would have been OK down there. The idea that somebody might be down there for any length of time is disturbing."

"It’s dirty, dangerous, there’s snakes, rats, garbage, dirt and leaves, anything that’s on the street that washes into a sewer, and it smells terrible."

A spokesperson for Delray Beach PD called the incident "by far one of the most bizarre incidents that our officers have responded to." 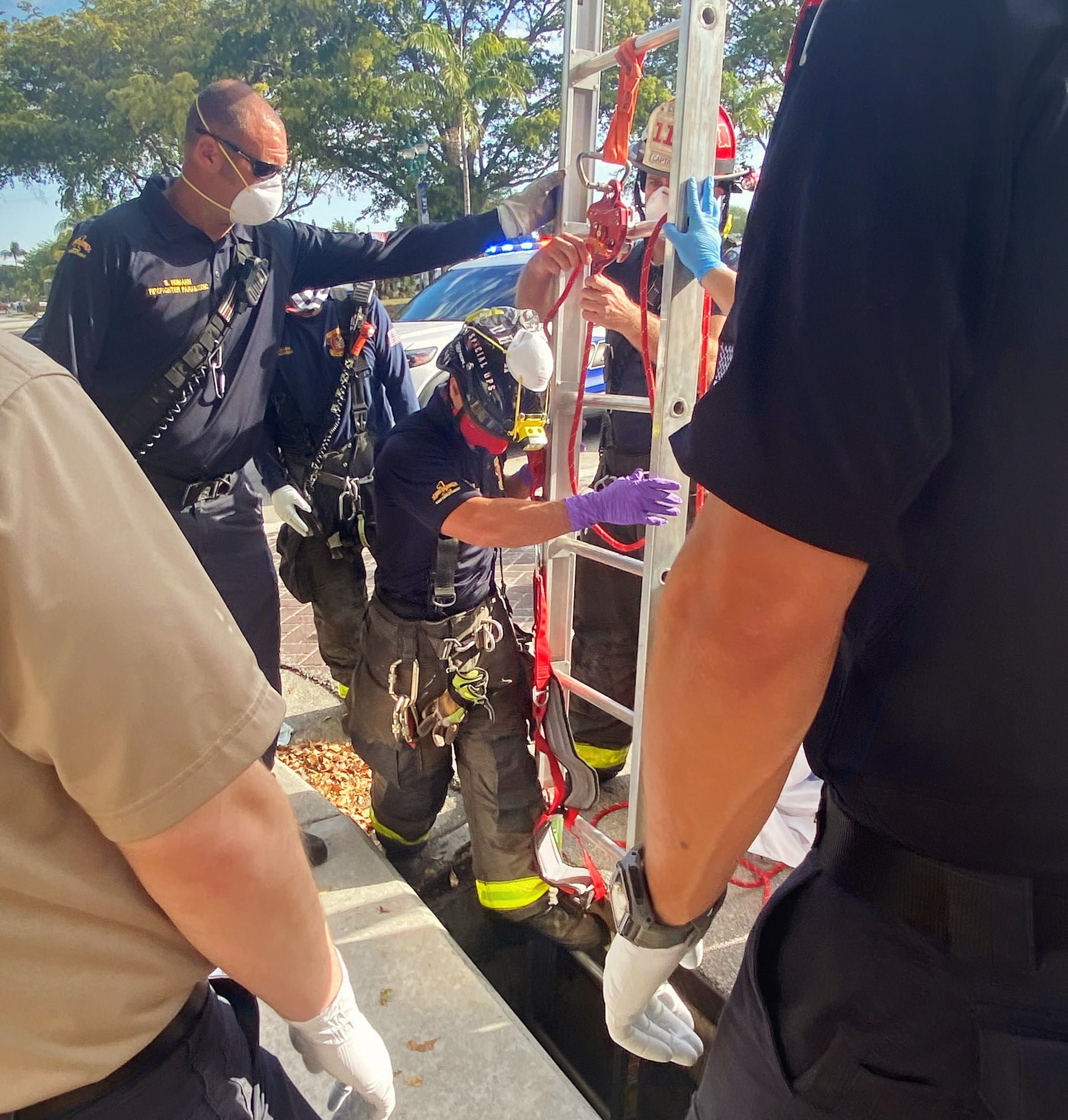 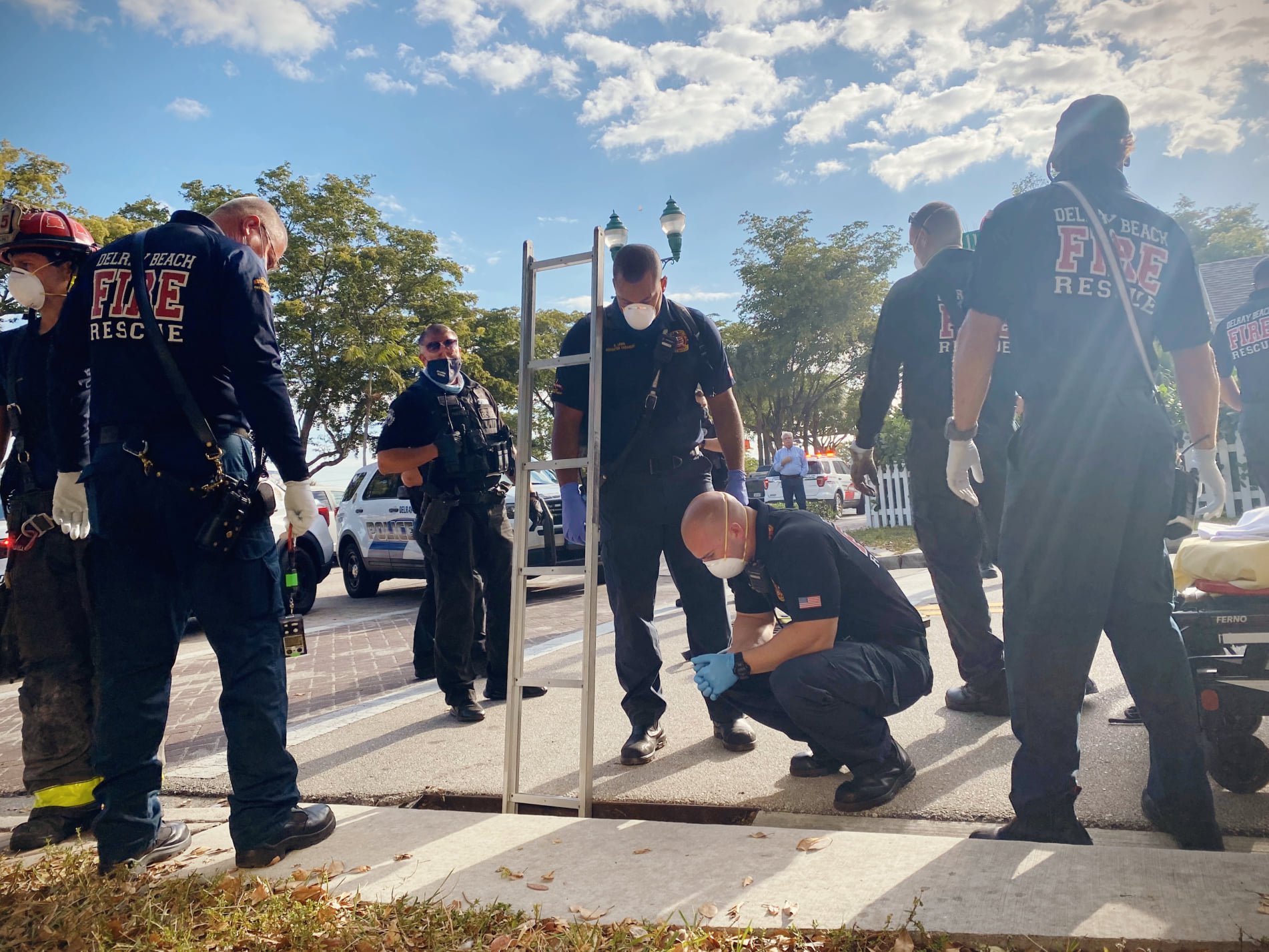 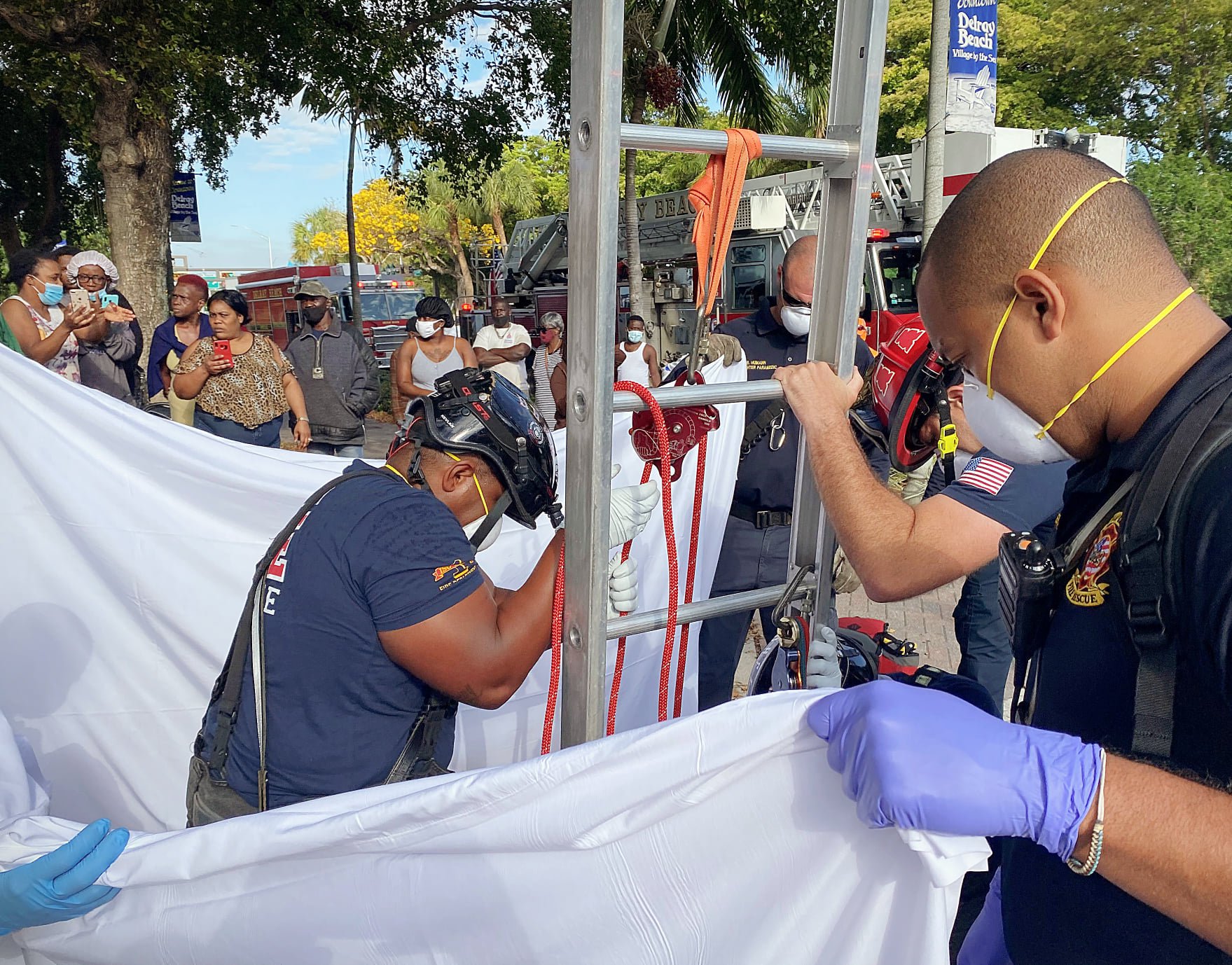 Images captured by local media showed police and firefighters hoisting the woman out of the drain near along Atlantic Boulevard on Tuesday morning.

To pull of the bizarre rescue, authorities used a ladder and harness to drop down into the drain and retrieve her.

Officers described the woman as being delirious. Pictures from the scene show her covered with a white sheet, with leaves in her hair and appearing too weak to stand up without assistance.

It remains unclear who she got into the drain in the first place, with police saying the entrance is too small for an adult to fit through. 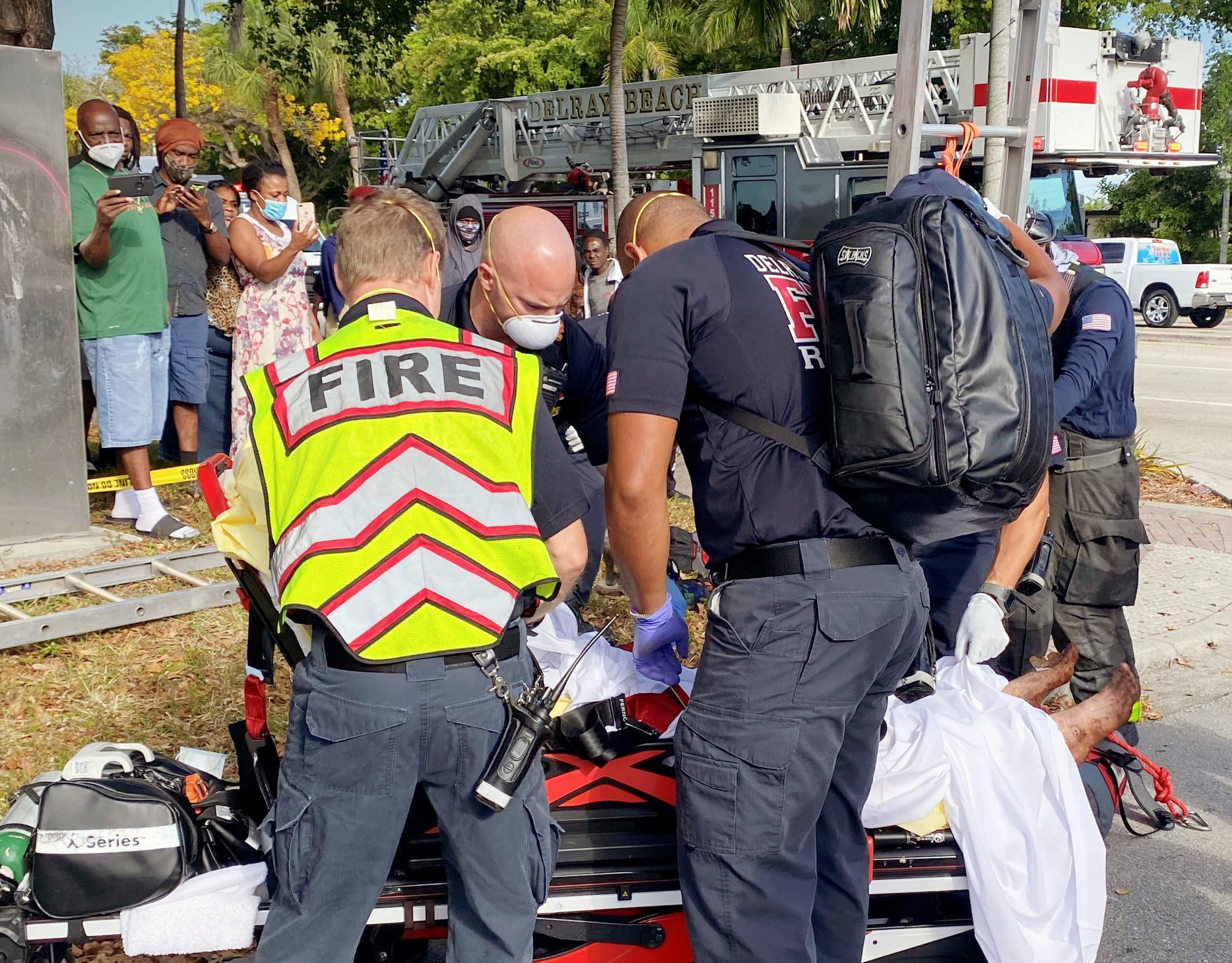 Police don't suspect any foul play and believe she must have accessed the drain from a different entrance of her own volition.

"From the police department standpoint, we don’t believe there was any type of crime committed," spokesperson Ted White told the Sun Sentinel. "It doesn’t feel like she was taken against her will. It appears this was done by her own free will."

White added that it is "pretty difficult" to get into the storm drain where she was found.

"You’d have to pull up that huge heavy grate. This is one of the most bizarre situations our officers have ever experienced," he said.

White theorized the woman appeared to have been stuck in the drain for at least a couple of days, "perhaps longer", he added.

A small crowd gathered at the scene of the rescued clapped and cheered as the woman was pulled to safety.

She has since been taken to the Delray Medical Center to be treated for her injuries and for her general health to be assessed.

"She claims that she’s been in the storm drain for a significant amount of time,” White added. "The biggest question is how long she has been in there, how did she get in there and why?"

Derrius Guice strangled girlfriend until she passed out: court documents